Iran attacks from Erbil to Beirut 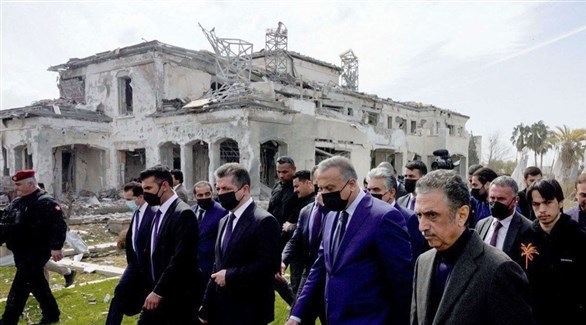 Contrary to public appearance, the Iranians are headed for a comprehensive escalation in the Middle East, and the Erbil process is the beginning. The war in Ukraine gave them the opportunity to demand better terms for negotiations with the Americans, not only on nuclear power but also on their regional influence. Iranian escalation will most likely appear in the coming days and weeks, from Iraq and Yemen to Syria and Lebanon.

The Ukraine war does not appear to be on the cusp of a military resolution or political settlement at any point. It is clear that it will drag on and turn into a war of attrition. And with him, the world will change. All the international and regional powers are carrying out reviews of their accounts, policies and even their alliances, based on the Ukrainian context and the lessons it produces. And the Iranians are in the lead.

On the surface, the Russians are the ones who booby-trapped the Vienna nuclear deal, in the last moments before its birth, by demanding written assurances that they will not be included in US sanctions on Iran. There are analysts who have come to speak of a conflict of interest between Moscow and Tehran regarding the nuclear agreement.

They also say that Russia immediately reaped the fruits of all the precious sacrifices that the Iranians made for years in Syria, with money, weapons and men. It gives Israeli fighters the green light, whenever they want, to launch attacks against Iranian targets in Syria, without any objections.

But those familiar with Russian-Iranian relations say that any talk of a dissonance of vision or interests between Russia and Iran is unrealistic, and that the two sides are coordinating their steps entirely under the umbrella of the strategic alliance. Iran relies on Moscow, as well as Beijing, to this day, as two main gates to evade or circumvent US sanctions.

In the opinion of those familiar with the reality of relations between Moscow and Tehran, the two sides are today practicing a reciprocal maneuver that they want to bear fruit and allows them to improve conditions vis-à-vis the Americans:

1- The Russians are blocking the Vienna Agreement at a time when the Americans are in a hurry to sign. And the Iranians continue this game by pressuring Washington to retract some of its conditions and speed up the conclusion of the agreement.

2- The Iranians are playing the power game, and are ascending militarily and politically throughout the Middle East. This is what partially distracts Washington from the Ukrainian scene and immerses it in other regional issues.

3- The missile attack in Erbil sends burning messages to Washington’s allies in the Persian Gulf, that Tehran is ready to direct these missiles to other Arab regions, if Arab gas resources are used for the benefit of Westerners and to pressure to Russia.

It is clear that the Arabs soon realized the dangers of this adventure and did not slip into it. This explains his “relative neutrality” between Russia and the United States in the Ukrainian dossier.

Most likely, the next Iranian step is to ask the US side to reconsider the text that it was ready to sign, regarding the nuclear file, and to remember that Tehran is committed only to this aspect of the agreement, but it will do so. make no concessions regarding regional influence.

The Iranians are aware that the administration of President Joe Biden is unwilling to compromise on any deal that is signed, not least because there is a pressing trend within the GOP demanding that the president submit the deal to Congress for approval before for it to come into force. as legislation.

This is a point Democrats are scrambling to guard against, because it will stir up internal disputes over the president’s powers, and it’s not appropriate to plunge into it in the midst of war with Russia.

Tehran’s attack on Erbil was justified by attacking hidden Israeli targets, not by attacking the US consulate that is still under construction there. And Israel has previously attacked Iranian targets in Syria recently, and two Revolutionary Guards officers fell on them. Tehran officially announced this loss, which means that it also wanted to prepare the ground for an “official” and clear response.

However, the Iranians want to avoid friction between themselves and Israel in the Syrian arena, so as not to embarrass the Russian ally. Similarly, there is an Israeli interest in avoiding attacking Hezbollah or any Iranian target in Lebanon, to avoid embarrassing the American ally. This political and military balance pushes the Israelis and Iranians to avoid an escalation on the Lebanese front until further notice, despite all the tensions and justifications for the escalation.

However, this does not prevent Iran from translating its escalation in Lebanon by exercising an iron fist. And his opportunity is ripe, either in the next elections or in the government that results from them and the presidential elections. It’s a grip that will allow you to run the country for years to come.