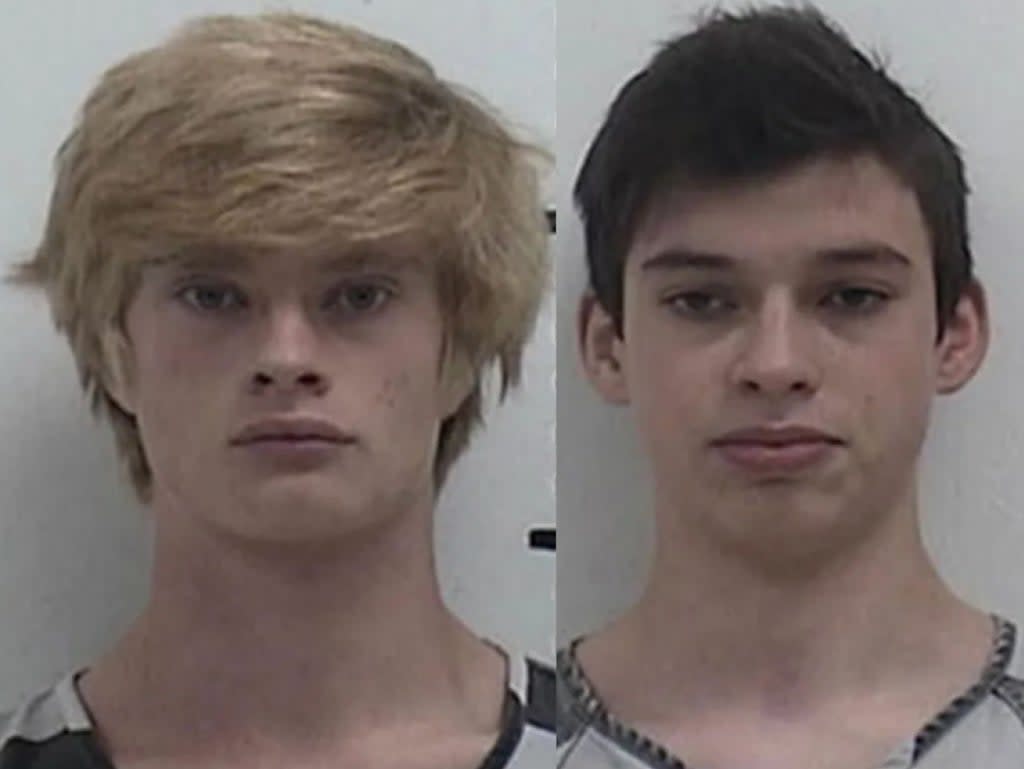 A pair of Iowa teenagers allegedly beat their 66-year-old Spanish teacher to death with a bat, according to police.

Court documents released Tuesday detailed the murder and the suspects.

Both teens are being charged as adults with first-degree murder.

Fox News reports that the woman’s body was found buried under a tarp, a wheelbarrow and some railroad ties in a local park the day after she went missing.

According to court documents, Goodale allegedly wrote Snapchat messages detailing how he and Miller harassed Graber before killing her with the bat. He also documented where the body was hidden and how the evidence was disposed of.

Those documents were unsealed by a judge earlier this week.

According to court documents, someone who knew Goodale saw the messages showing the teens “were involved in planning, executing and suppressing evidence” of her murder and shared them with authorities.

Miller was questioned by the Iowa Division of Criminal Investigations and claimed he brought the wheelbarrow from home.

Lawyers representing the teens tried to get a judge to bar the trial from the media and the public, but a judge rejected that request, arguing that the attorneys failed to show that the teens’ trial would be irreparably damaged if it were open to the public.

As of Thursday, no motive for the crime has been released.

First-degree murder charges in Iowa carry life in prison, although a 2016 Iowa Supreme Court ruling prohibited the imposition of life sentences without parole for offenders under the age of 18, calling it cruel and unusual punishment under the state constitution. .

If the teens were tried as minors, they would be eligible to be released from prison at age 18, serving just two years for the murder. If they are tried as adults and convicted, they are likely to serve long prison terms.