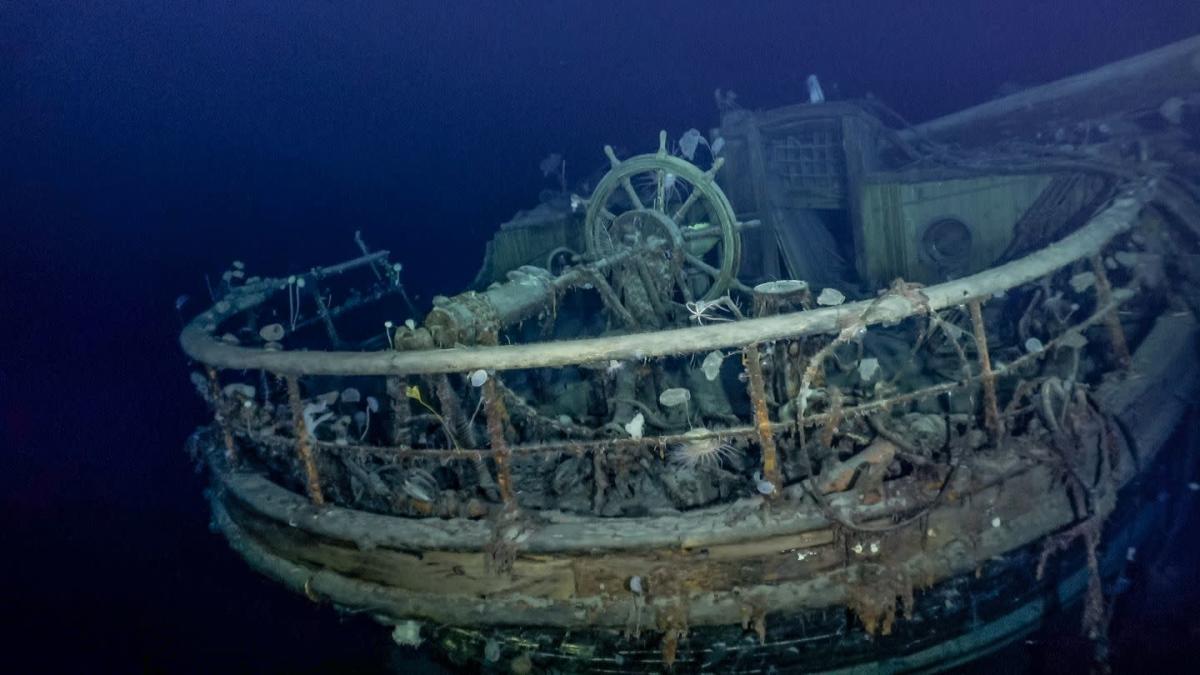 London (AP) – The name of the “Endurance,” which means “endurance” in German, couldn’t have been better chosen: More than 100 years after the British expedition ship “Endurance” sank, researchers found its wooden remains in the Antarctic Weddell Sea.

“With the discovery of ‘Endurance’ we wrote polar history,” John Shears, leader of the expedition led by the British Falklands Maritime Heritage Trust, said in a statement on Wednesday.

The “Endurance”, whose name can still be read on the wooden wreck, was sighted a few days ago at a depth of 3,008 meters in an area that experts had previously delimited. The expedition ship of former British polar explorer Ernest Shackleton, who died in 1922 and thus 100 years ago, had an accident and sank during the First World War in 1915 after a huge ice pack made its mission fail. After being trapped in the ice for about ten months, Shackleton and his crew abandoned ship with the help of lifeboats, among other things.

The current expedition team, which began their search on a South African research ship from Cape Town on February 5, had better luck: They found what they were looking for about four miles south of the last spot named by the former captain of the “Endurance “. Frank Worsley.

“This is by far the best shipwreck I have ever seen in my life,” expedition research director Mensun Bound said of the find. “It stands tall, very proud on the seabed and is intact and in brilliant condition.”

German marine physicist Stefanie Arndt from the Alfred Wegener Institute in Bremerhaven is also part of the scientific team of the “Endurance22” expedition aboard the ship SA Agulhas II. She has worked on the modeling to calculate the correct position of the research vessel. “This was relevant because the search area is covered with sea ice almost all year round,” the open sea researcher from the German Press Agency wrote. In order to scan the ocean floor as efficiently as possible, third-party satellite images and forecasts were previously analyzed.

The tension was great until the end, Arndt reported by email. Starting during the pandemic, difficult ice conditions and many question marks linked success to many conditions. “Above all, we can learn from this what is possible when an international and interdisciplinary team comes together and works on such a gigantic task,” says the scientist. In her opinion, this should be a model for other scientific, social or political challenges. .

The “Endurance” should not be saved, the wreck is protected as a historic site in the Antarctic Treaty. The researchers want to document their spectacular find with photos and videos without damaging the wreck and tell their story to present and future generations.

“It’s not just about the past,” research director Bound said. “We want to tell the story of Shackleton and the next generation ‘Endurance’ that we trust to protect our polar regions and our planet.”