Interview with Robin Wagener: “This war started in 2014” 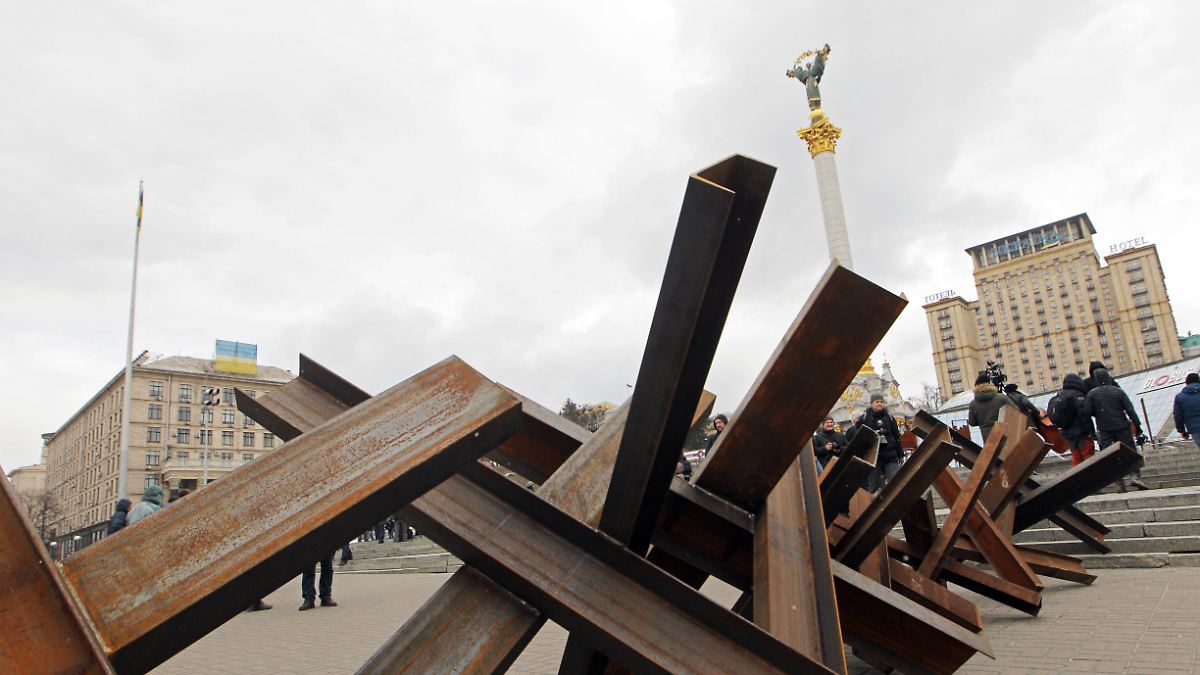 The chairman of the German-Ukrainian parliamentary group in the Bundestag, Robin Wagener, calls for tougher sanctions against Russia. At the same time, he clarifies that the federal government cannot resolve “historically built dependencies and ties” with Russia overnight. “These are mistakes of the past that now significantly limit our room for manoeuvre.” The EU must now signal to Ukraine that it belongs.

What do you hear from her?

It is dramatic to hear direct and authentic reports from Ukraine. They are MEPs like us, freely and democratically elected. Now they are preparing to defend their country with weapons. Many deputies stayed in Kiev. The appeals we receive from our Ukrainian colleagues are very urgent. The Rada as a whole has already addressed the Bundestag and other parliaments with a request to issue more sanctions, intensify support measures, organize aid deliveries in the humanitarian area, and of course they have also called for the establishment of a no – flight zone. Ms. Yanchenko also pointed out very clearly the dangers emanating from Russian attacks on nuclear power plants.

How do you respond to the request for the no-fly zone?

It’s hard to answer, it also destroys me. When you hear the reports from Ukraine directly, you naturally want to help. But at the same time we have to react with a cool head and prevent further escalation. This danger would exist if we instituted a no-fly zone, because that would mean shooting down Russian planes. NATO’s common position is that this would be a direct confrontation between Russian and NATO forces, which must be avoided. That is the answer I must give to my Ukrainian colleagues.

Do you think there is a point where the EU should say to Ukraine: stop fighting, there is no point anymore?

Do you support Ukraine’s desire for MiG fighter jets to be delivered?

In the case of fighter jets, the question arises how they can be supplied without NATO becoming a party to the conflict. I have full confidence in our Polish partners to check which deliveries are possible. In practice it is a logistical problem. Basically, we have to verify as much as possible in terms of weapons deliveries. I wouldn’t rule anything out.

How should the EU react to Ukraine’s accession offer?

With open arms very clearly extended towards Ukraine. This war started in 2014 when the people of Ukraine decided to move towards the EU. It was this road to democracy and freedom that Putin did not want to accept. That is why Ukraine deserves that we respond to his request with open arms. But the road to accession to the European Union is a long process. Now it’s about saying it clearly: we want to walk this path with you. My vision is that the day will come when Ukrainian parliamentarians will sit in the European Parliament. But there is still a lot to do for this. It is important to start on this path now. The signal is important: Ukraine is part of it.

Was Chancellor Merkel’s Russian policy in recent years a mistake?

In recent years, Russia’s policy has largely been energy policy. We Greens have been saying for years that it is dangerous to be so dependent on Russian raw material supplies. In the discussion of further tightening of sanctions, we can now see how problematic this dependency is. It is correct that Nord Stream 2 is now dead. But you shouldn’t have built this pipeline in the first place.

Today’s Union under the new CDU leader, Merz, demands that Nord Stream 1, that is, the Baltic Sea pipeline, which is already and is still in operation, be stopped. Why is the federal government blocking this?

I don’t see the federal government blocking this. We already have harsh and unprecedented sanctions, and they will need to be tightened even further. I am also in favor of imposing strong sanctions capable of significantly hitting the financing of the Russian war machine, so we should also consider other measures in the area of ​​oil and gas. But we cannot resolve historically constructed dependencies and interdependencies overnight. These are mistakes of the past that now significantly limit our room for manoeuvre. All the sanctions that we are imposing now must be able to last a long time. We must not run out of breath.

Do you see any signs that the social acceptance of sanctions might be declining?

No, on the contrary, the support of both the population and the economy is impressive. This also applies to solidarity with refugees. But the conflict will not end in the next few days, we have to hold out for a long time. The issue of gasoline prices, gas prices and bankruptcies should not be ignored.

How do you expect this war to end?

First of all, I hope it ends soon. And I am convinced that Ukraine’s fighting spirit can preserve a free and sovereign Ukraine. I also hope that in the end civil society in Russia will have a perspective of freedom and democracy. I don’t know how likely these hopes are. What gives me hope is that, contrary to many predictions, Ukraine is so resilient that it has held out against the Russian war machine for far longer than many thought possible.