Interview with Christin Stark: Open words about her daughter Zoe, her marriage to Matthias Reim and her baby number two 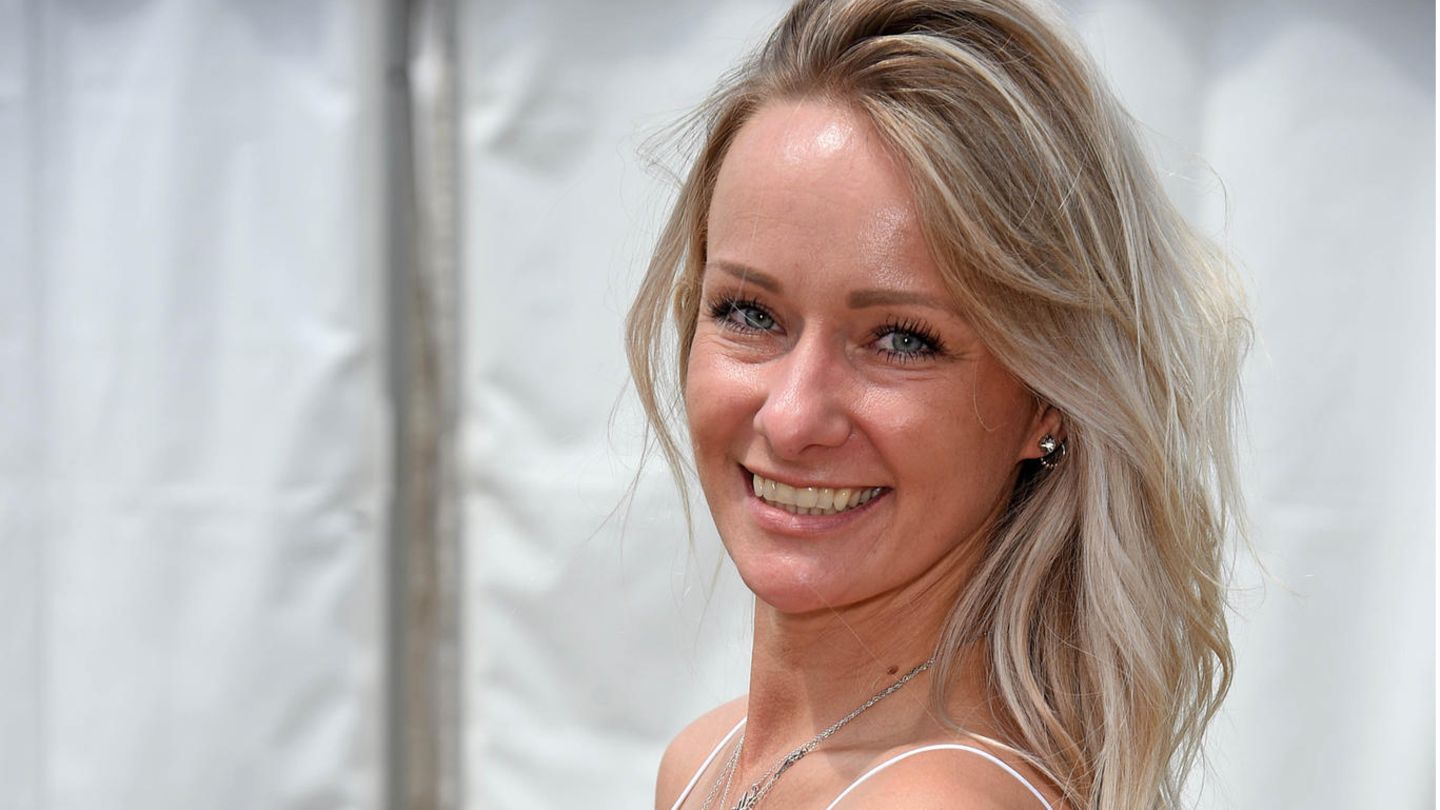 Christin Stark couldn’t be happier: her first child was born in March, her new album will be out soon and her club tour will begin in October – on which she will accompany her daughter. “I couldn’t bear to leave without her,” the singer reveals in the GALA interview.

Christin Stark, 32, became a mother for the first time on March 31, 2022: her daughter Zoe was born beautiful and healthy and crowned the love of pop singer and husband Matthias Reim, 64. While it was the first for the 32-year-old, Reim is already a father of six – daughter Zoe is baby number seven. Nonetheless, there is no chaos in the Stark-Reim family. When Christin Stark meets GALA for a phone interview, she seems deeply relaxed. The artist is lucky: her daughter sleeps most of the night at around three months, and most of the time, Christin only has to get up once a night. So the ideal conditions for baby number two?

Zoe is “such a cute, happy and healthy little baby”

In an interview with GALA, she now reveals how Christin Stark plans to have more children, if Matthias sometimes gets out of bed despite his announcement that he will no longer get up at night for the children and why she would never take the her husband’s surname. as an artist – and must disagree with “Macho-Matthias”.

GALA: You had to postpone your best-of album “Damn STRONG! The Best of CHRISTIN” (to be released August 26, 2022) because of the birth of your daughter. How is your new life as a mom going?
Christine Stark: Postponing my album for my own child was not difficult at all, quite the contrary. What life has given me is simply sensational. My priorities have changed and that’s fine and it’s a nice feeling.

What changed?
Just everything. But it’s beautiful and so awesome to look into Zoe’s bright little eyes. My daughter is such a cute, happy, healthy little baby who brings so much fun to our pad and the wildlife here and just adds tremendous value to our big family.

Isn’t life in a large family sometimes exhausting?
I’ve always been a family man and Matthias’ great gang has enriched me and my life since we’ve been a couple – next year we’ll turn ten please where’s gone time ?! The fact that we are so harmonious and support each other as artists is a great privilege, for which I am very grateful. We have all made it our mission that family comes first and that we always support each other professionally and privately. I also never have to ask Matthias’ children if they can take care of Zoé for a moment: they see it for themselves and immediately slip into the role of brother or sister and it’s so pleasant to see that. To be honest, I’d be surprised if Zoe didn’t agree with us as musical parents. But maybe she will also become a marine biologist – let’s see. (Laughs)

So you don’t need an outside babysitter?
Theoretically no, practically yes. We have a nanny and that’s a good thing, especially when we’re on tour. We all have to do our job and feel free on stage. But then I’m back at the start just in time for the next bottle.

So you’re taking Zoe with you on your next “Rock Mein Herz” club tour?
In all cases. I couldn’t bear to leave without them. And she already knows it from my gut, so to speak, since I was already on stage with her. My midwife always told me to get back on stage when I felt like it, whether it was in a year or a few months. Happy mom, happy baby. It’s also the reason why I started playing again quite quickly – I love being on stage. And then Zoe is thrilled and off we go!

How did you get back into shape so quickly after giving birth?
Just between us: I’m not in good shape at all. (Laughs) I’m just lucky with my genes, because everyone in my family is very thin, but I can say that I still have to be careful in terms of fitness. I get out of breath very quickly, my body still needs time to recover, which is completely normal. What we women do during pregnancy is insane, so it’s clear that not everything is the same as before. I gained a total of 20 kilograms, first it has to go and if not, it’s fine too. The most important thing is that Zoe and I are healthy.

So you’re not following a special diet before your club tour or getting trained again by a personal trainer?
For the love of God, no! I think I would eat any personal trainer in a heartbeat. (Laughs) Me neither, I’ve never dieted in my life, I’m not the type at all, I like living too much. And even if the last seven kilos, which I still have “more” on me, remain, then that’s how it is. As long as my voice doesn’t change, I’m fine. I don’t sing better with a 90-60-90 body.

Christin Stark reveals: It was birth without Matthias

What was it like not having Matthias with you at birth?
The day of the birth was just magical. Knowing that I will soon be able to hold my own child in my arms is just amazing, so I no longer noticed all the outward signs. And Matthias was there, not directly in the delivery room, but right outside the door. But I could understand his decision 100%, because what good is it if he falls next to me? But when Zoe was finally there, he was immediately at my side and hugged her. Everything was perfect.

This is why Matthias Reim was not in the delivery room

In the GALA interview last year, Matthias Reim said: “But I’m also honest with her. I no longer have the nerve to walk up and down at night with a crying baby so that the rest of the family can sleep.” But that was also the case with my previous children. I’m not one for that, it’s never really been my thing. Did this come true with Zoe or does he get up at night after all?
I think getting up at night was Matthias’ biggest fear before giving birth. (Laughs) But we’re actually very lucky with Zoe, as she now sleeps most of the night. But if she wakes up, I immediately sit up in my bed – I think it’s mother’s instinct.

Otherwise, we do everything hand in hand and I can only contradict loving macho Matthias and say: you do everything so much better than you think.

So the ideal conditions for baby number two?
If everything is as relaxed as with Zoé: Yes! (Laughs) I always say “never say never” but now there is no second pregnancy coming.

Under the last photo from vacation with your daughter, you received a lot of praise for not showing Zoe completely on the Internet. Will it stay like this?
We are not people who plan, but with Zoé we really speak the same language and we agree that we want to protect it for as long as possible. I feel like such a small young creature needs time to find and grow, and then right after birth putting their face in the camera would feel wrong. As long as I can protect this little thing, I will. If she wants to have her own Instagram account at 18, she can decide for herself and face the consequences. Until then, she remains our beautiful secret.

You also incorporate personal stories into your songs. What’s the most personal thing you’ve sung so far?
In titles like “I don’t” or “I can do it”, I have dealt with things that I have experienced myself. A lot of people didn’t realize at first that I was singing about it. Both songs are about how it doesn’t matter what other people say about you as long as you feel good about yourself. I can’t even remember how many people first told me nothing would work with Matthias – now what? We have been together for almost ten years, married for two years and have a wonderful daughter. The opinion of others doesn’t really matter.

Is there anything you would never sing?
no As an artist, I like to tackle subjects that do not belong to the ideal world of pop music. I respect that, but I’m not afraid.