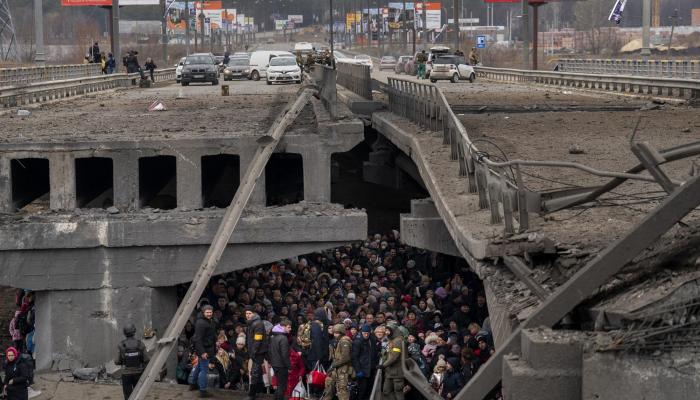 The International Court of Justice on Wednesday ordered Russia to stop its military operations, which began in Ukraine on February 24.

“The Russian Federation must immediately suspend the military operations that it started on February 24, 2022 on the territory of Ukraine,” the judges said.

Immediately, Ukrainian President Volodymyr Zelensky told reporters: “Russia must comply with the order of the International Court of Justice to stop the attack on my country.”

He continued: “We achieved a victory against Russia in the International Court of Justice.”

Earlier on Wednesday, Ukraine’s President Volodymyr Zelensky urged US lawmakers to do more to protect his country.

This came in a speech to Congress via the Internet, in which Zelensky called on President Joe Biden to be the “peace leader” in the world.

“Russia has turned the skies over Ukraine into a source of death for thousands of people,” Zelensky said in the speech.

He continued: “We cannot join NATO. This is a fact and we must admit it.”

For his part, Russian President Vladimir Putin stressed that the military operation in Ukraine will continue to the end and stressed that all diplomatic methods have been exhausted to protect the national security of his country.

In a speech on the “military operation in Ukraine”, the Russian president explained that Ukraine, with the support of Western powers, was planning to launch aggression against us, noting that it was not allowed to “turn Ukraine into a front used in the war against us”.

Putin also indicated in his speech that there was no other option to protect Russian national security than to attack Ukraine, and that the West was using the military operation in Ukraine as a pretext to impose sanctions on his country.