Internal document of the Konrad-Adenauer Foundation on the Ukraine war: Turkey could become the new oil and gas hub for Europe 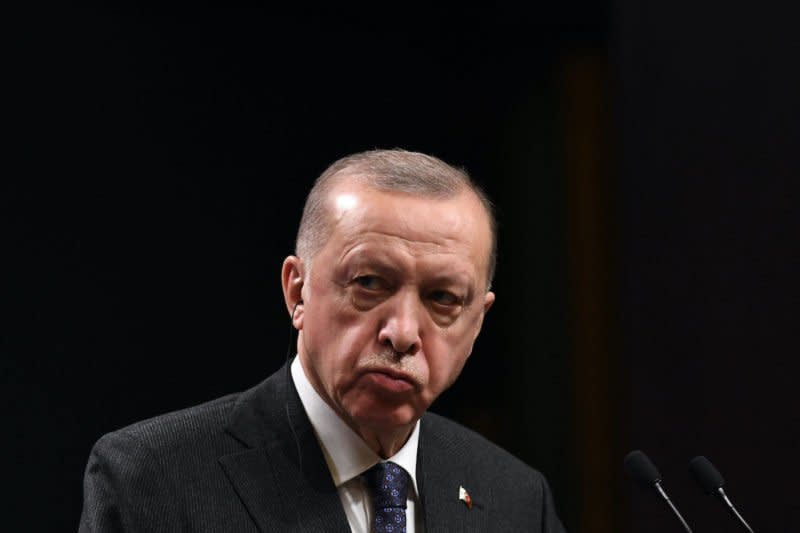 Turkey plays a special role in the Ukraine war: on the one hand, the country is a member of NATO, which is clearly on Ukraine’s side. On the other hand, Turkish President Recep Tayip Erdogan has established close ties between his country and Russia and his president, Vladimir Putin.

Therefore, Turkey’s reaction to the Russian war of aggression against Ukraine was muted. For example, the country did not join the US and EU sanctions against Russia, but supplied weapons to Ukraine and blocked the Bosporus and Dardanelles from the passage of Russian warships. With this approach, the Erdogan government tries to do justice both to its NATO allies and what is happening in Ukraine, and to his ally in the Kremlin.

A difficult undertaking, experts from the Ankara office of the Konrad Adenauer Foundation (KAS) also analyze in an internal document available to Business Insider. “Turkey is dependent on Russia in terms of security policy, energy policy and economy and therefore is trying to take a balanced approach,” he says. The country is trying to gradually reduce its unilateral dependence on Moscow. “Due to the complicated internal political situation and the serious economic crisis in Turkey, a massive change of course is not expected, including a connection with the US and EU sanctions of the current government of President Recep Tayyip Erdoğan, without protection concrete support from the West.

…on Turkey’s special role in the Ukraine conflict: According to the KAS newspaper, Turkey has long taken a hard line against Russia’s war veterans, especially in the Syrian war. However, since 2015 there has been a “dramatic rapprochement” and “unprecedented cooperation” between the countries. However, this newly developed cooperation would now be tested by the Ukraine war, especially as Turkey had clearly recognized Ukraine’s territorial sovereignty since Russia annexed Crimea.

However, “the mutual dependencies, especially in the energy sector, as well as the good personal treatment
Relations between Vladimir Putin and Recep Tayyip Erdoğan have made it possible to maintain constructive relations despite many difficulties”, KAS experts write. Turkey’s rapprochement with Russia in recent years is said to be tactical in nature, and more like “self-restraint.” confident appearance of a regional power” than as a “reorientation of Turkey towards Russia”. In the medium term, Moscow will remain Ankara’s biggest strategic competitor. The longer the Ukraine war lasts, the more difficult it will be for Turkey to maintain the strategic balance. with Russia

… about Turkey’s dependencies on Russia: This task is made even more difficult by Turkey’s many dependencies on Russia. For example, the Kremlin and the Erdogan government are opposed by opponents of the war in Syria, among other places, while Turkey is negotiating arms with Russia, for example for the S-400 air defense system.

KAS experts write that Turkey is also economically dependent on Russia. 19 percent of all annual tourists to Turkey come from Russia, which is also Turkey’s largest grain supplier. Russia is also Turkey’s second-largest energy supplier, a constraint Turkey is trying to free itself from, for example, by successfully buying liquid gas from the US: according to KAS analysis, gas imports from Russia they fell nearly 50 percent between 2017 and 2019.

…on the internal political pressure on the Erdogan government: Presidential elections will be held in Turkey in 2023, and this at a time when the Turkish lira is in deep crisis and the prices of food and other goods in the US are skyrocketing. Therefore, Erdogan seeks salvation in foreign policy, says the KAS newspaper: “Ultimately, the Turkish government currently has only one goal: to win the elections in 2023 and to ensure that it stays in power. The disastrous situation economic is the biggest hurdle here. President Recep Tayyip Erdoğan has little room for maneuver domestically and is therefore trying to score points with foreign policy.”

…on the effects of the Ukraine conflict on German-Turkish relations: With his support for Ukraine, Erdogan is not only successful internally but also externally, analysts continue. Turkey’s strategically important role in NATO has once again become clear in the conflict. Turkey is also a dialogue partner for its allies
important Russia. Erdogan’s diplomatic involvement in the Ukraine war is his “best opportunity to improve the very tense relations between Turkey, the United States and Europe.”

… on Turkey as a new energy hub for Europe: For Germany, a rapprochement with Turkey could be of special interest in energy policy. In Germany’s attempt to gain independence from Russian gas, “the expansion of the southern gas corridor and the use of Turkey as a strategic energy hub with access to gas deposits in the Caspian Sea and the eastern Mediterranean could offer real alternatives in the long run.” term”. The potential to import oil and gas from Azerbaijan, Turkmenistan, Iraq and, in the future, Iran has not yet been exhausted. The authors’ conclusion: “With Israeli-Turkish energy cooperation now increasingly realistic, Turkey can position itself as an energy hub.”