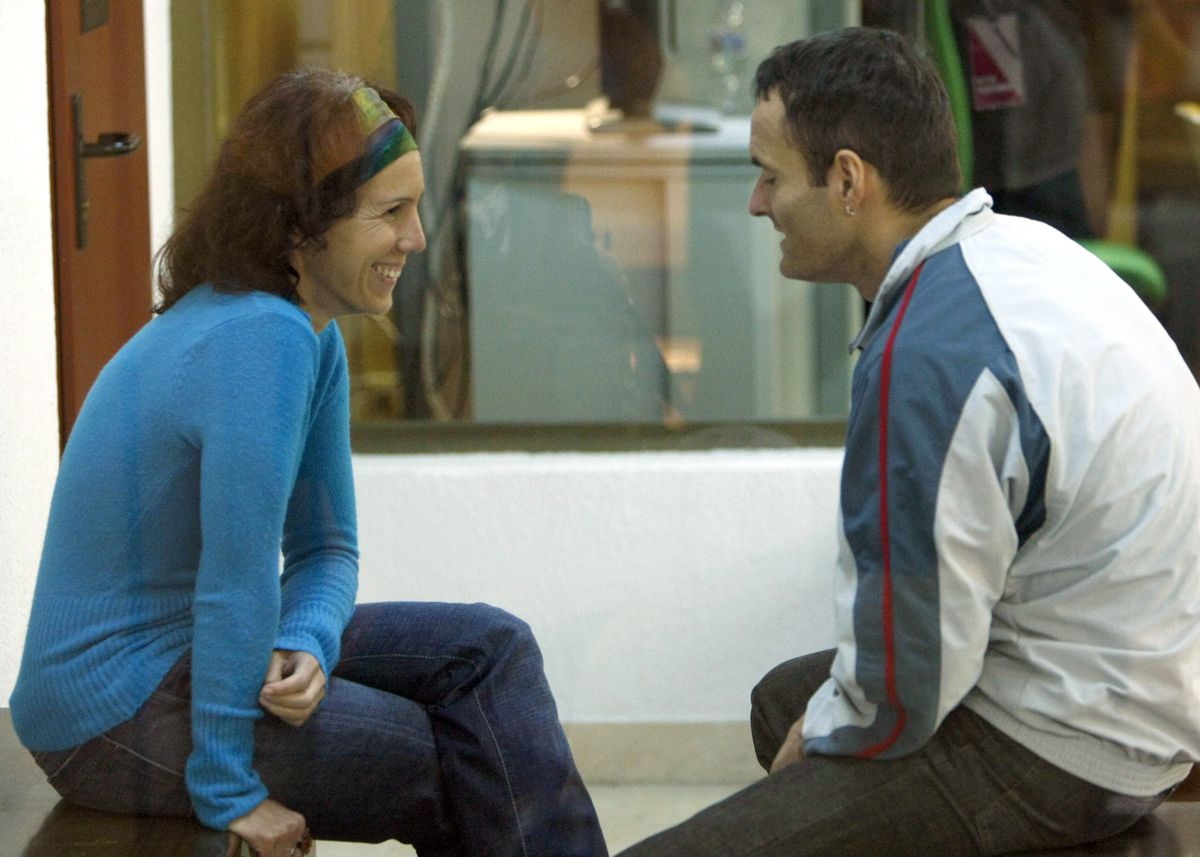 The Ministry of the Interior announced this Thursday the next transfer of nine ETA prisoners to prisons in the Basque Country and two more to the prison of Pamplona, ​​prisons report. Among those who will go to the prisons managed by the government of Iñigo Urkullu since October are the married couple Ainhoa ​​​​​​Mújika Goñi and Juan Antonio Olarra Guridi, currently detained in Logroño prison and as spokespersons for the group of prisoners function of ETA (EPPK in its acronym in Basque), which encompasses the inmates who remain in the armed gang orthodoxy. Both former ETA leaders played key roles in the two-year internal debate that led to the November 29 statement in which ETA prisoners called for an end to the public tributes they will receive if they are released, known as etorri ongi.

Along with Mujika and Olarra, the prisons will hand over four other former leaders of the terrorist organization. This is Juan Carlos Iglesias Chouza, alias Gaddafi; Eneko Gogeaskoetxea, Ainhoa ​​​​​​García Montero and Gorka Palacios. Along with them, José Lorenzo Ayestarán Legorburu, alias pouting; Francisco Javier Makazaga Azurmendi and Ibai Ayensa Laborda.

Luis Mariñelarena, convicted of murdering socialist leader Fernando Buesa; and Juan Ramón Carasatorre, who is serving a 30-year sentence for the crime of Basque PP leader Gregorio Ordóñez. If these transfers go through, Basque prisons will house 107 inmates from the terrorist organization and five on probation, according to the Basque government. In prisons dependent on correctional institutions, 70 will remain, 10 of them in Navarra prison. There are another 18 in prisons in France.

Mujika and Olarra Guridi are two historical members of the terrorist organization. She was part of Madrid command and his partner were one of the leaders of the ETA military apparatus until both were arrested in France in 2002. After serving their sentence in that country, they were extradited to Spain. Both are serving a combined 30-year sentence for murder, assault, vandalism, assault, possession of explosives, and weapons depot. In March of the year inside, he transferred them from Granada prison to Logroño prison and transferred them to the second tier of prisons, where 78% of the prisoners in Spain are held. The prisons then emphasized that both had accepted the “lawfulness of the penal system” and submitted briefs “rejecting the use of force and accepting responsibility for the harm done to the victims of their crimes.”

On January 6, 2018, while both were still detained in Granada prison, Mujika and Olarra held the first of seven meetings with Agus Hernan, the coordinator of the Social Forum – a movement founded in 2017 during the disarmament of ETA in Euskadi, about the peace process – which led to the communiqué that put an end to it ongi ettori. During these meetings, the ETA leaders conveyed to their interlocutor the “total willingness” of the collective to accept responsibility for the attacks committed and to acknowledge the harm done to the victims when this favored their situation of detention. At that time, Mariano Rajoy was still in power. That meeting was followed by six more, leading up to the EPPK statement in November, in which it not only acknowledged the pain the offerings caused by the tributes, but demanded that henceforth they only be held in private spaces and “between relatives.” take place .” “.

They wanted to “alleviate all suffering and open up new options, heal wounds and strengthen coexistence”. The EPPK then stressed that it published this statement after consulting the more than 200 ETA members who were then imprisoned in Spain and France. Today there are 195. Less than a dozen, 5%, opposed this text, all in line with the dissident sector, which in its time already opposed ETA’s abandonment of violence. Since then, the EPPK, led by Mujika and Olarra, has focused precisely on bringing all prisoners closer to prisons in the Basque Country and Navarre. Also to apply the prison laws to improve their way of life in prison and gain access to probation. They also claim that prosecutors and judges are not opposed to the permits that prisons are beginning to give them.