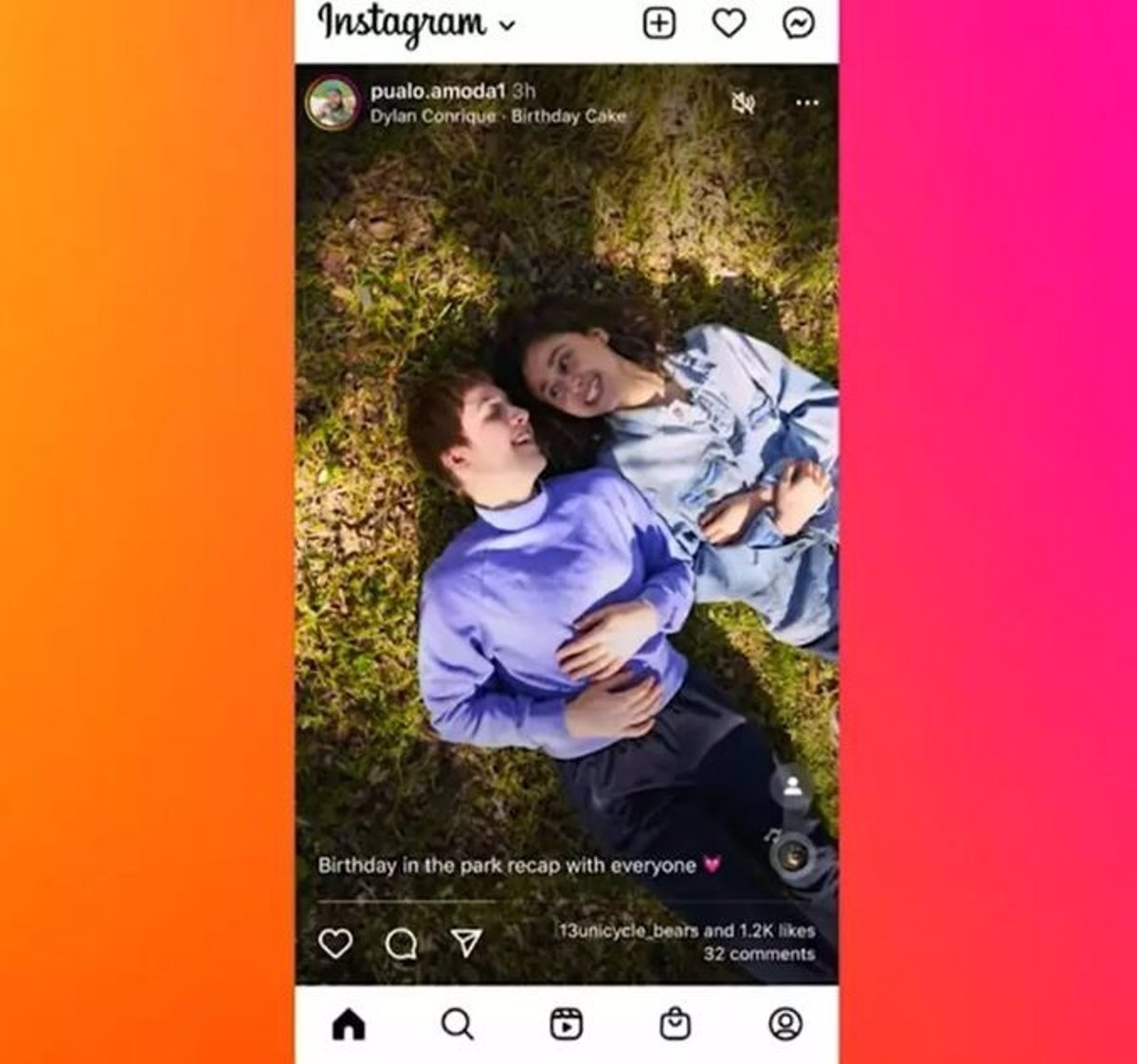 Instagram will start testing a new design of its “feed” to offer full-screen content very similar to the TikTok format, a move with which it tries to give more prominence to the videos and images included in this section.

The company’s CEO, Mark Zuckerberg, has announced the start of these tests via his Twitter account. Instagramwhere he shared a video in his Stories showing how the full screen vertical layout of the “Feed” works.

“We want make it easier to discover content and connect with friends” has indicated in this demonstration where you can see a video at the bottom of the screen with the name of the user who posted it followed by the description.

Once inside the content, it opens in full screen and is separated from the rest of the videos in the “feed” by borders the color of the screen theme, in this case black. while scrolling.

This format would be very similar to that of Reels, editable short videos with music or augmented reality (AR) effects that the social network launched in August 2020.

After that brief introduction, Zuckerberg recalled that “photos are still an important part of Instagram” and announced that the company was working on new formats. “to improve the way they are displayed in a full screen feed.”

At the moment he hasn’t given any further details about this feature, although he has commented that some users will see these screen tests soon and that he hopes to get feedback on the experience.

Zuckerberg confirms what Instagram boss Adam Mosseri announced last May when he announced the company had started Experiment with a vertical feed in full screen mode.

This is how some Instagram users came to criticizes this changesince the full screen mode did not allow the correct display of the content, since it even hidden the subtitles or the comments of the videos.

It should also be remembered that this is not the first time that Meta, owner of Instagram, recognizes that it prefers to transform its services to present a visual format more similar to that of its direct competitor TikTok.

In fact, this Monday The Verge shared an internal document in which Facebook executive Tom Alison detailed the differences strategic lines proposed by Meta to offer similar features to the platform of Chinese origin.