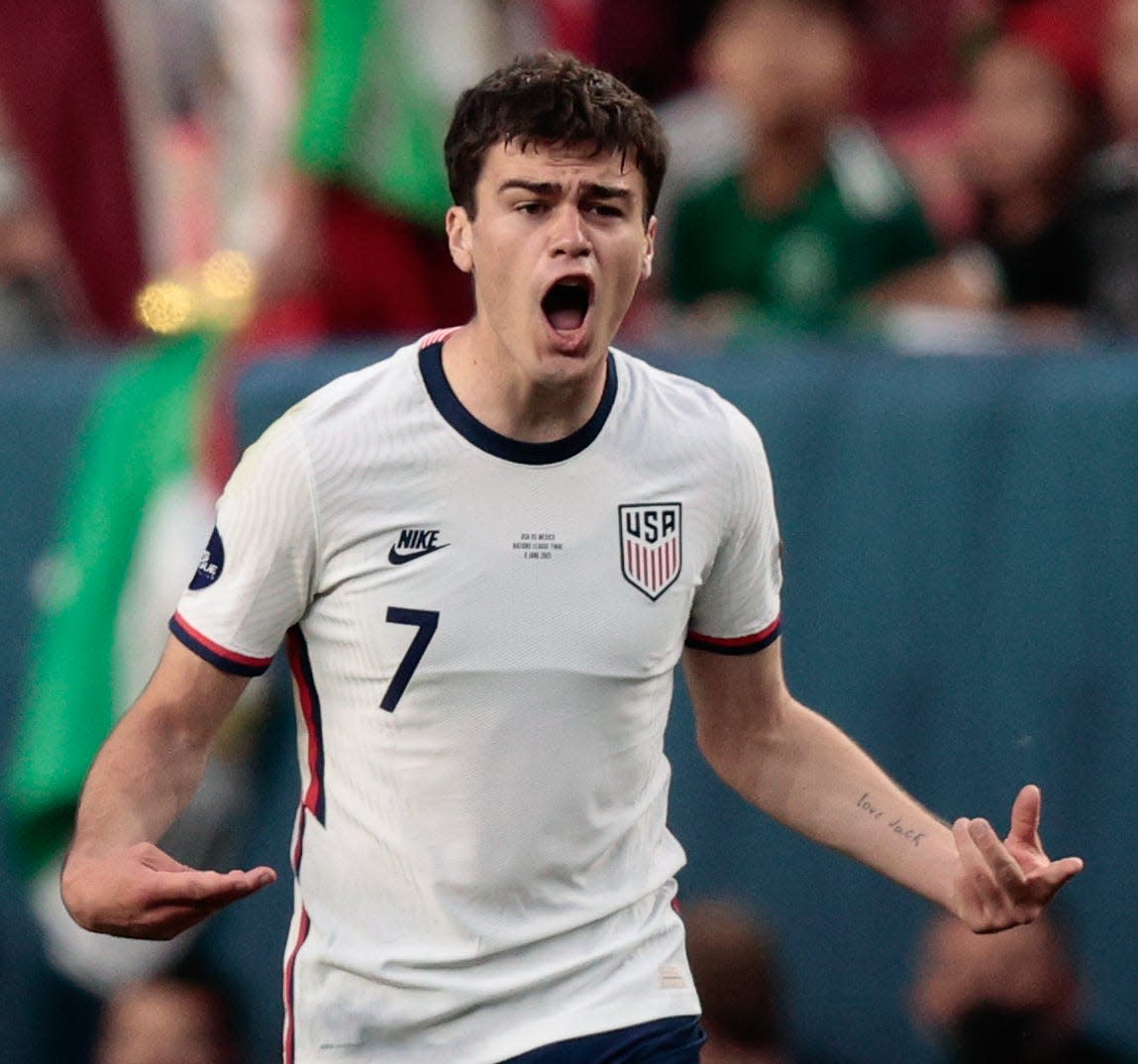 Gio Reyna’s goals for the week ahead are simple: Qualify for the World Cup and stay healthy.

The forward, one of the brightest young stars on the US men’s team, returns to the Americans for the first time since September, when he injured his right hamstring during the first World Cup qualifying game . Though his absence lasted longer than Reyna expected, his return comes at an ideal time for the Americans, who need to win at least one of their last three qualifying matches to secure a spot at the World Cup in Qatar. .

“I just want to help the group,” Reyna said Tuesday. “Our main goal is to go to the World Cup, and that’s what I’m here to help us do.”

The top three Concacaf teams automatically qualify for the World Cup later this year, with the fourth-placed team going into a playoff this summer against a team from Oceania. The Americans begin the final qualifying window in second place, but only four points separate them from fourth place Panama. Costa Rica, currently fifth, is another point behind.

Of the four teams fighting for the final two automatic spots, the USMNT has the toughest schedule. The Americans will be away from home in two of their three games, starting Thursday at Mexico’s Estadio Azteca.

They play Panama on Sunday in Orlando, then travel to Costa Rica for a match on March 30.

The USMNT has never won a World Cup qualifier at Azteca (heck, they only won one game there, period, a 2012 friendly) with the raucous crowd and altitude, not to mention El Tri itself, traditionally hosting an insurmountable challenge. But Mexico has been decidedly vulnerable at home recently.

Decidedly vulnerable against the Americans recently, too.

The USMNT won all three games against El Tri last year, for the first time. The Americans beat Mexico for the title in two tournaments, despite using two different teams. Reyna was part of the team that won the Nations League title, scoring the USMNT’s first goal in a 3–2 victory.

“Going against them is special,” Reyna said. “I’m not really thinking this time, ‘I need to score because we’re playing Mexico.’ … If I score, it will be great. If I can get some help, that’ll be great. If I don’t get either and if we win, it’ll be just as great.

“I’m really not too focused on it,” Reyna added. “I’m more focused on getting the three points.”

Still, having Reyna back is a boost. Especially given Monday’s announcement that striker Brenden Aaronson, who has two goals and is the only American to play in all 11 World Cup qualifying games, is out with a knee injury.

The Americans will also be without midfielder Weston McKennie, their best player in recent months. McKennie had one of the goals in the USMNT’s 2-0 victory over Mexico in November.

Reyna’s minutes are likely to be limited, given his long absence. He injured his hamstring on September 2 in El Salvador and did not play again for Dortmund, his club in Germany, until February 6. A setback two weeks later, during his first start, sidelined him for another three weeks.

But after coming on as a substitute in two games, Reyna started and played all 90 minutes on Sunday.

“I have built up a lot of strength in the last two months, three months. I have a lot of confidence in my body right now,” Reyna said. “But it was great to have 90 minutes before we got to camp. It gave me a huge boost in confidence, knowing that I can do it now.”

United States coach Gregg Berhalter has already said he will be careful with Reyna’s minutes. Although Berhalter has ruled out the idea of ​​”saving” his best lineup for Panama, a game that in practice is a must-win for the Americans, it would seem to make more sense to sit Reyna, or bring him in as a substitute, against Mexico. and then give him more minutes against Panama.

“I probably need a few more weeks before I’m 100 percent fit in terms of running and playing 90 minutes consistently,” said Reyna, who said he had no problems after Sunday’s game.

Although this will be Reyna’s first World Cup qualifier in Mexico, her first game in Azteca, period, tested the fierceness of the rivalry last summer. He has also heard the stories from his teammates and, of course, from his own father.

Claudio Reyna was the US captain for eight years and played in the 1998, 2002 and 2006 World Cups. The elder Reyna was involved in both goals of the USMNT’s historic victory over El Tri in the round of 16. 2002 World Cup Final.