Initiative or manoeuvre?… Houthi and the “hit and run” tactic 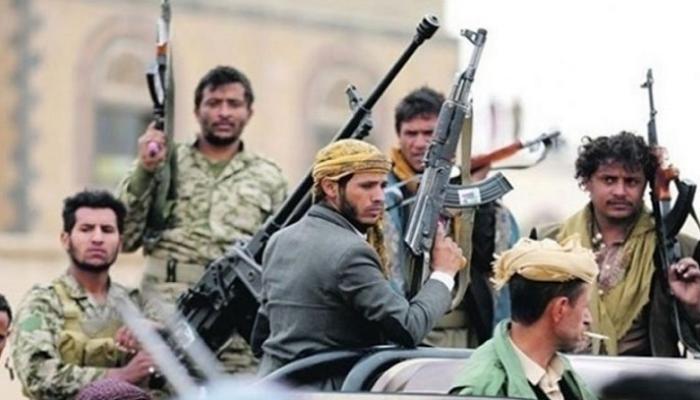 The Houthi militia, under international pressure, who witnessed their terrorism targeting global energy sources, resorted to fleeing for a new maneuver under the guise of a “peace initiative”.

The Houthi militia seeks to practice the “hit and run” tactic it has always used on the battlefields, but this time, and at the behest of Iran, it is seeking to invert it politically in an effort to escape its crimes and bear the repercussions of their terrorist attacks against oil installations in Saudi Arabia.

The Houthi militia also intends to impose conditions on the Arab coalition to legitimize its coup and gain recognition for presenting itself as a counterpart to the Arab coalition away from the internationally recognized government and Yemeni parties opposed to the coup, as well as to thwart the Council’s peace initiative. of Gulf Cooperation.

The Houthi militia announced what it called the “Yemen Peace Initiative” in the mouth of its political council chairman, Mahdi Al-Mashat, and heavily promoted it in its media and in the Iranian media, but its content did not present anything new. at the level of its demands and the vision of the Iranian initiative presented in 2015.

The Houthi militia claimed that it suspended its attacks for 3 days, stopped offensive operations on the front lines and the conditional release of prisoners, and tried to demand a ceasefire and exit from Yemen from the Arab coalition, specifically Saudi Arabia. and then “talk about political solutions”, which is a blatant maneuver to escape the consequences of their attacks on the interests of the world.

The Houthi accusations come after attacks by the Arab coalition described as “painful” on several Houthi militia targets in response to a series of Houthi ballistic missile and drone terrorist attacks on vital economic facilities in the territory. saudi

The Houthi militias’ attacks on Saudi Arabia drew Arab, regional and international condemnation as evidence that the militias are a “terrorist organization” threatening global energy sources at a sensitive time the world is going through. of critical moments.

The coup militias are trying to test the patience of the Arab coalition and feel the pulse of the international community towards their terrorist attacks through hit-and-run tactics and then political and military maneuvers, not real peace initiatives. .

According to GPC politician Rashad Al-Sufi, “hit and run” is an old tactic of guerrilla warfare, practiced by the Houthi militia as a criminal gang seeking to legitimize their terrorist attacks.

And on the initiative of the new militias, which celebrated Al-Sufi’s opinion, to Al-Ain News, “there is nothing new in the Houthi media about stopping terrorist operations, because the announcement included the same conditions that were essentially a Iranian proposal announced. years ago, and Tehran adheres to it to this day.”

He said: “What was included in the Houthi leader Mahdi al-Mashat’s announcement about the prisoners and his willingness to free them completely is an important clause in the Stockholm Agreement, which the militias repudiated from its implementation and proceeded to fragment the implementation. … presenting selective lists of several of their Salafist prisoners and refusing to deal with the all-for-all clause.”

And another condition was raised, “which is old and has nothing to deal with, which is that the Arab coalition stop its operations and open the ports for the flow of weapons and military and logistical support to the Houthis without any supervision on the part of the of the Arab coalition. , according to the Yemeni politician.

He added that “lifting restrictions on the flow of military support to the Houthis violates the recent Security Council Resolution 2240, which obliges all countries, including coalition countries, to strictly control all imports destined for the controlled areas.” for the Houthis.”

He stressed that “these conditions mean the legalization of the coup, the recognition of the militias as one party and the coalition as another party, and the abolition of the role of the legitimate government, and that the leader of the militia explicitly stated that all of Yemen must be governed. by him and his militias only, without the rest of the components”.

As for the solution, he explained, “if the Houthi militia wants peace, implements the Stockholm Agreement or deals with the initiative of Saudi Arabia and the Gulf, which are still positively open, not to innovate and run away to an initiative according to to your perspective to present”. as a pacifist and mediator, it is a proposal that goes beyond reason and logic after 8 years of his crimes”.

No concern for peace

The Houthi militia is proceeding to satisfy its arrogance in accordance with the Iranian agenda by carrying out terrorist attacks and then reversing them to impose their conditions and legitimize their coup.

According to Yemeni President Abd Rabbo Mansour Hadi, the Houthi militia “continues its brutal and criminal aggression against the Yemeni people and the brothers of the Kingdom of Saudi Arabia.”

Hadi said, during a meeting of senior leaders of the recognized state to study the great escalation of the Iranian Houthi terrorist militia, that “the militias ignore the ambitions of the Yemenis and continue their aggression against peace.”

He pointed out that at a time when the brothers of the sister Kingdom of Saudi Arabia and the countries of the Cooperation Council of the Arab States of the Gulf call for consultations between Yemen and Yemen to end the war, establish peace and restore the state, these Criminal militias continue their criminal war against Marib Governorate and target economic facilities and civilian property in the Kingdom of Saudi Arabia.

He condemned the indifference of the Houthi militias to the peace options and their various stations, whether in Biel, Geneva, Kuwait and Stockholm, and their indifference to the suffering of our Yemeni people and the innocent blood that is spilled in their war against Yemen. and the region. by proxy, serving Iran’s agenda in the region.