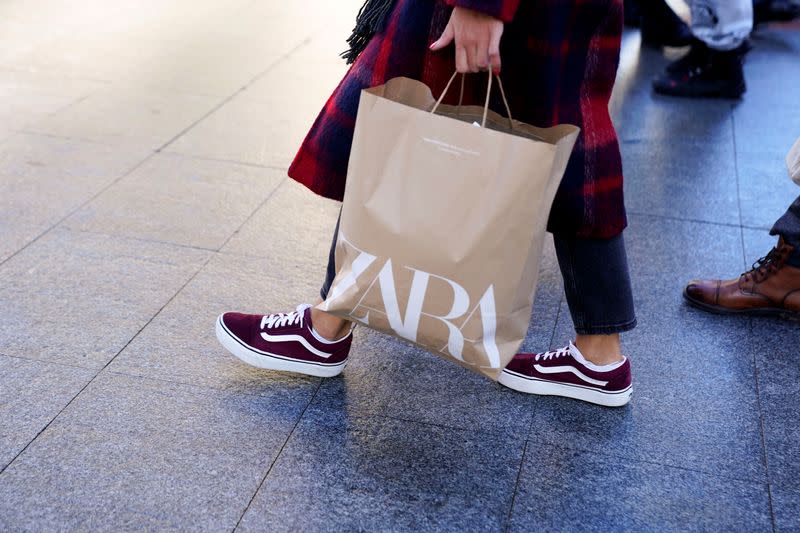 MADRID, March 16 (Reuters) – Zara owner Inditex reported on Wednesday that its net profit more than doubled in 2021 to 3.2 billion euros ($3.51 billion) after its sales recovered. of the COVID-19 pandemic as many countries have eased the restrictions imposed to combat its spread.

Most of the 6,657 Inditex stores around the world reopened from mid-2021 and sales of the world’s largest fashion retailer reached 27.7 billion euros, 36% more than in 2020 and close to the levels prior to the pandemic.

The full-year results were close to what analysts surveyed by Refinitiv expected, as most other fast-fashion retailers, like H&M, have ended 2021 with sales back at pre-pandemic levels.

The Spanish retail giant said that restrictions in countries such as Germany and Japan caused by the spread of the omicron variant in the fourth quarter caused a negative impact of 400 million euros.

The Spanish company, which also owns brands such as Massimo Dutti and Pull&Bear, weathered the health crisis well in part because it was able to produce more than half of its garments near Spain and get them to consumers more quickly, as well as increase the share of online sales to about a quarter of its total revenue by 2021.

Sabadell analysts said that the results of the fourth quarter had been “bad and below expectations, although the first quarter started better”.

“There has been a significant deterioration in sales in the second half of the quarter (the company blames it on ómicron),” he added.