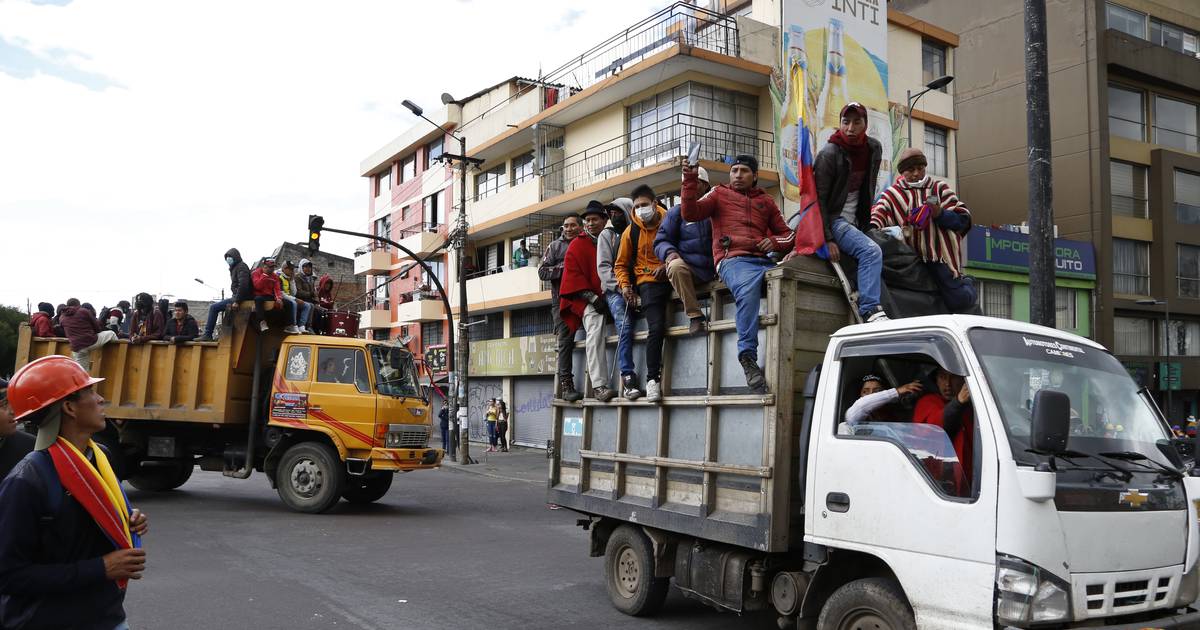 Videos are already circulating on social networks in which it is observed that indigenous protesters begin to return to their communities after the signing of the act for peace, after the government and the Confederation of Indigenous Nationalities of Ecuador (Conaie) reached an agreement under this, among other things, it was established to lower the price of a gallon of fuel by 15 cents.

In the footage, they are observed to do so in trucks and dump trucks, huddled together to reach their destinations. For the most part, they headed for the southern exit of Quito. They are doing so peacefully, despite the fact that the protests have been marred by violence and vandalism.

With the signing of this act, the indigenous movements declare the cessation of mobilizations throughout the country and the gradual return to the territories; as well as the suspension of any act likely to affect peace and public order.

As part of the agreements aimed at bringing peace to the country, the government has decided:

In addition, previously, the national government, during the 18 days of mobilizations, took the following decisions to meet the main needs of Ecuadorians: strengthening price control of basic necessities; declare a health emergency; debt forgiveness up to USD 3,000 from BanEcuador; compensatory measures for agriculture; double the budget for bilingual intercultural education and increase the human development bonus to 55 USD.