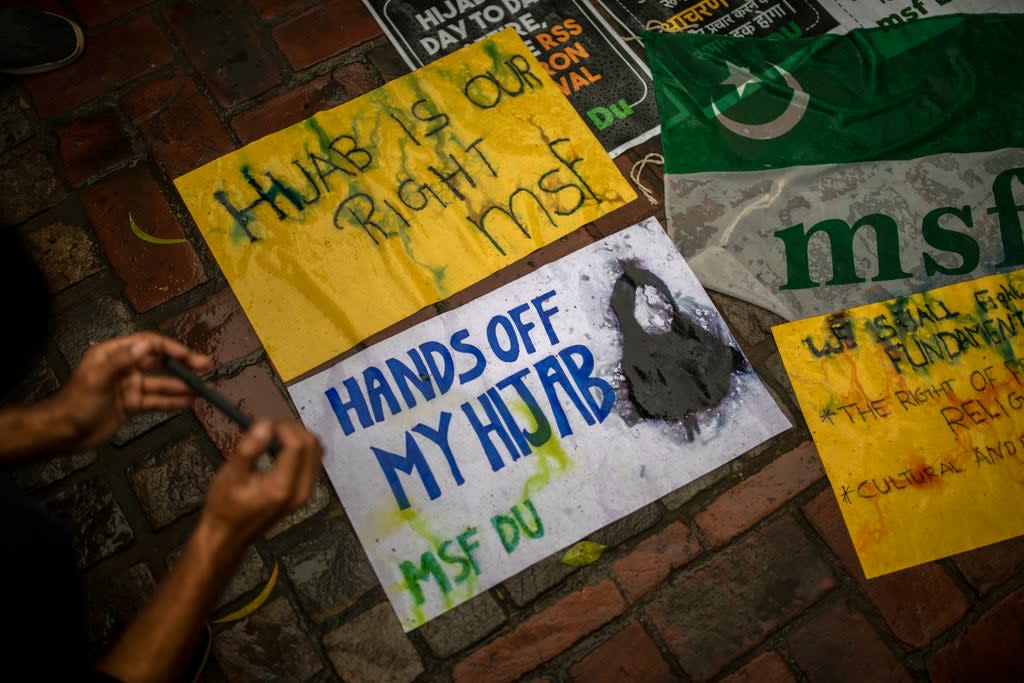 An Indian court on Tuesday upheld a ban on wearing hijab in class in the southern state of Karnataka, saying the Muslim headscarf is not an essential religious practice of Islam.

The Karnataka state high court handed down the verdict after considering petitions filed by Muslim students challenging the government’s ban on hijabs that some schools and universities have implemented in the past two months.

The dispute began in January when a government-run school in Karnataka’s Udupi district barred students wearing hijabs from classrooms, prompting protests from Muslims who said they were being deprived of their fundamental rights to education. and religion. That prompted counter-protests from Hindu students wearing saffron shawls, a color closely associated with that religion and favored by Hindu nationalists.

More schools in the state followed with similar bans and the state’s top court banned students from wearing hijabs and any religious clothing pending a verdict.

Before the verdict, the Karnataka government banned large gatherings for a week in the state capital, Bengaluru, “to maintain public peace and order” and declared a public holiday in schools and colleges in Udupi on Tuesday.

Many Muslim women wear the hijab to maintain modesty or as a religious symbol, often seen not just as an item of clothing, but as something mandated by their faith.

Hijab restrictions have sprung up elsewhere, including France, which in 2004 banned them in schools. But in India, where Muslims make up 14% of the country’s 1.4 billion people, hijab has historically not been banned or limited in public spheres. Veiled women are common throughout the country, which has religious freedom enshrined in its national charter with the secular state as its cornerstone.

Some rights activists have raised concerns that the ban could increase Islamophobia. Violence and hate speech against Muslims have increased under the rule of Prime Minister Narendra Modi’s Hindu nationalist party, which also rules Karnataka state.

- Advertisement -
Share
Facebook
Twitter
Pinterest
WhatsApp
Previous articleWhat the newspapers say – March 16
Next articleThe court agrees with Seehofer: The Federal Ministry of the Interior was allowed to ban Berlin from taking in refugees from Moria – Berlin