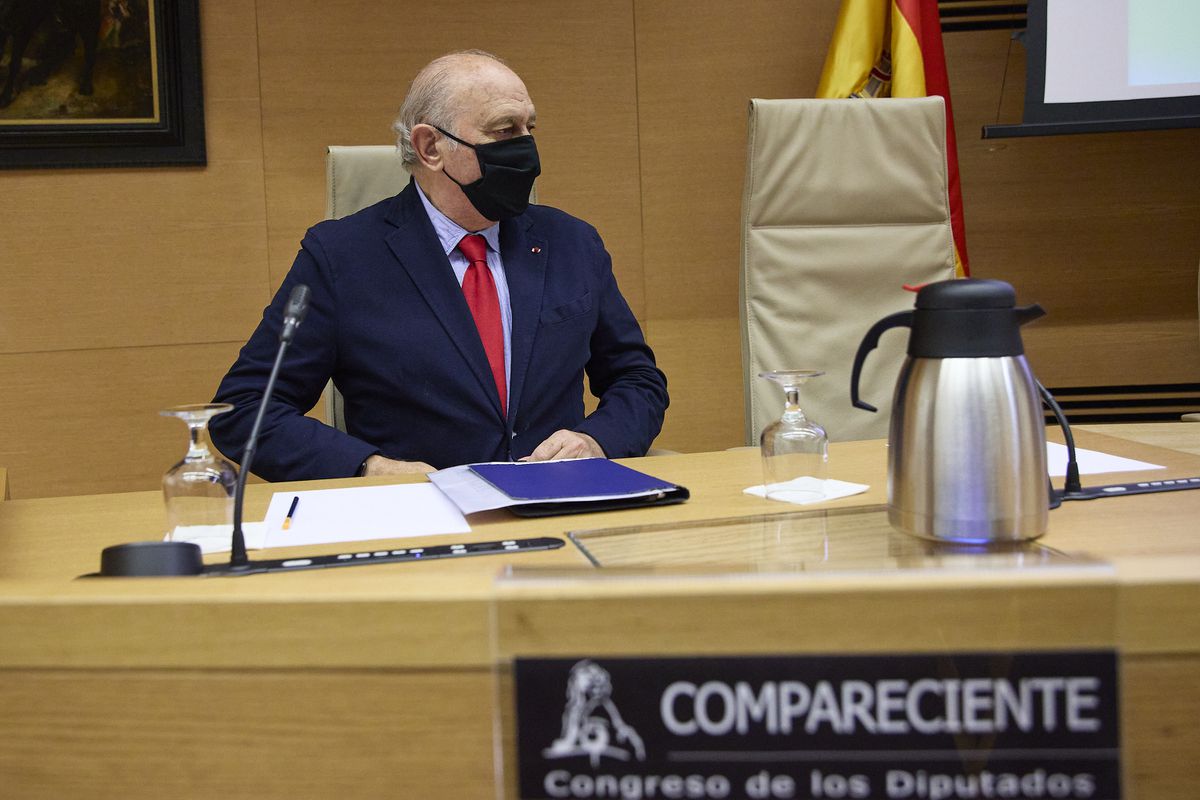 The four Catalan pro-independence groups, along with EH Bildu and the BNG, have demanded that the Congress table report former Interior Minister Jorge Fernández Díaz to prosecutors for lying in a Chamber investigative commission. These formations allude to audios released this week by EL PAÍS, which reveal that Fernández Díaz was untrue when he assured MPs that he had never spoken to retired Commissioner José Manuel Villarejo when he was Minister. Article 502.3 of the Criminal Code punishes anyone found before a parliamentary commission of inquiry with imprisonment from six months to one year or a fine from 12 to 24 months. United We Can made the same request to the table last Thursday.

Last November, Fernández appeared before the congressional commission investigating the maneuvers hatched by the interior ministry, as part of its mandate, to destroy evidence of illegal funding for the PP held by former party treasurer Luis Bárcenas. On that day, recall the groups that signed the petition, Fernández assured: “In the almost five years that I have served as Minister of the Interior, I have never sent anything with Mr. Villarejo”. The audios published by EL PAÍS show that that the then minister met with the commissioner in April 2012 to plan the falsification of false evidence against the Catalan pro-independence leaders. In the recording, Fernández Díaz can be heard saying, “I will deny, even under torture, that this meeting ever took place.”

“The records show that the former interior minister is responsible for the creation of the vigilante group known as Operation Catalunya, which is why he met with Mr Villarejo and that he therefore lied in his parliamentary appearance,” the letter said, pointing out. signed by representatives from ERC, Junts, PDeCAT, CUP, EH Bildu and BNG. These formations refer to the Criminal Code and the Act on the Regulation of Appearances in Parliamentary Investigative Committees, which stipulates: “If the appearances of the appearing party give reasonable indications of a criminal offense committed by a person, the committee notifies the Chamber of Deputies accordingly that it, in its Case by the respective presidency, the public prosecutor’s office informed”.

The board will make a decision next week after hearing the opinion of the chamber’s lawyers, parliamentary sources said. To date, no one has ever been denounced for lying before a Congressional or Senate commission.

- Advertisement -
Share
Facebook
Twitter
Pinterest
WhatsApp
Previous articleThe organization of the Marc Anthony concert claims that the inconvenience caused outside the venue is not their responsibility
Next articleMorant, before Ayuso’s claim about the space agency: ‘He wants the yolk, the white, he wants to eat it all’