Including itching… Symptoms of eczema 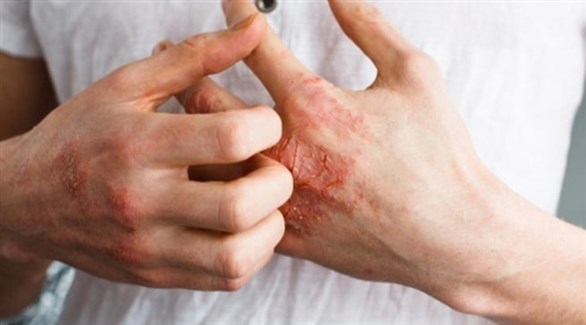 Eczema is a very annoying skin disease due to its symptoms of rash and itching, which turns the patient’s life into hell.

German dermatologist Marion Morse-Karby explained that eczema is a form of inflammation of the upper layers of the skin.

He pointed out that it is divided into two types: the first is genetic, such as atopic dermatitis, and the second: external, such as sensitivity to some substances, such as aromatic substances and metals, such as nickel found in jewelry.

Morse-Carpi added that eczema appears mainly on the face and hands, but can appear on all parts of the body, such as the scalp and skin folds, for example under the armpit or under the breast.

The German doctor added that the symptoms of eczema are redness and swelling of the skin, dryness, itching and rashes like pustules, noting that this skin disease is not contagious because it is not a viral or bacterial disease.

For her part, the German dermatologist Hartwig Mensingh indicated that eczema can initially be treated with some homemade recipes such as cold black tea bandages, where the tannins of black tea relieve itching.

If this home remedy fails to relieve the itching within a week, you should see your doctor, who often prescribes cortisone-containing ointments and creams in addition to antihistamines.

Full compliance with the prescribed duration of treatment and not stopping the application of the treatment after noticing any improvement, in order to prevent recurrence of eczema again. It is also important to take good care of the skin, using creams rich in fats, such as creams containing urea, which moisturize the skin.

To avoid eczema, the skin should not be exposed to dryness, for example by frequent and prolonged showers with hot soapy water.

- Advertisement -
Share
Facebook
Twitter
Pinterest
WhatsApp
Previous articleNational Interest: Can the US and NATO Avoid a Wider War in Ukraine?
Next articleVolodymyr Zelensky calls for global protests to mark a month since the invasion of Ukraine