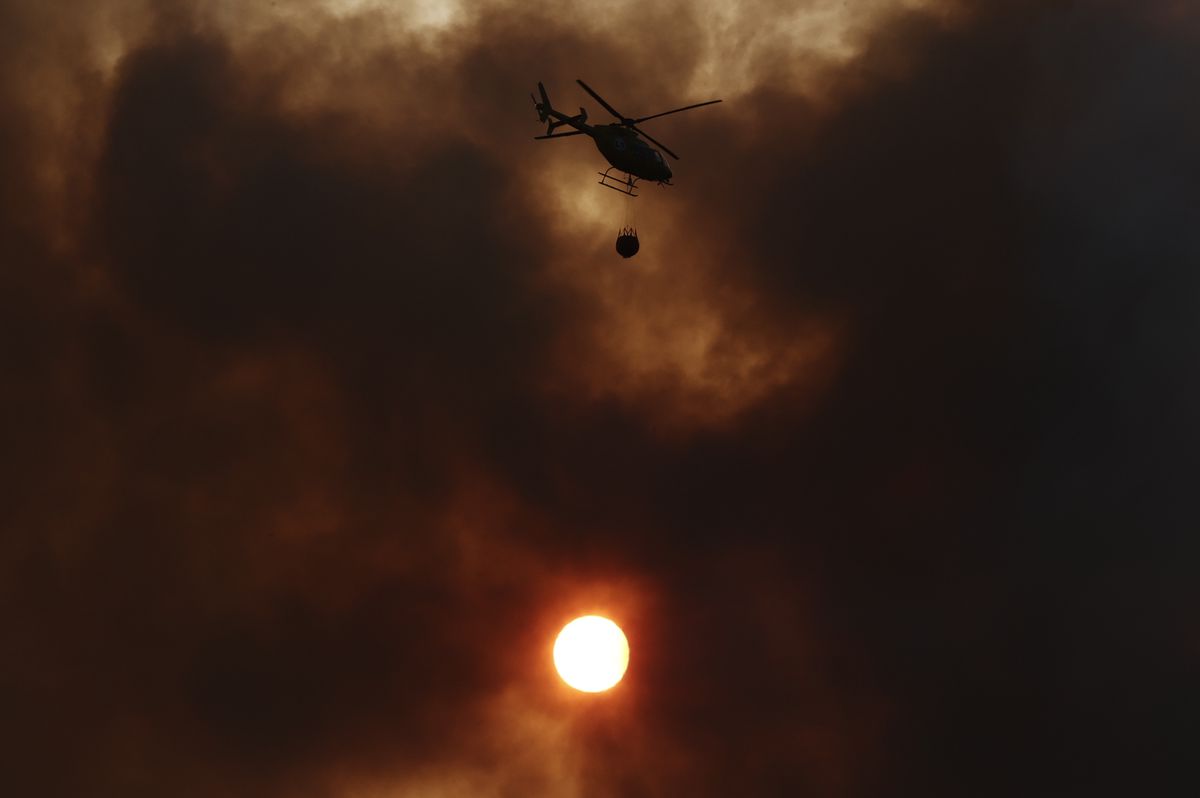 Something extraordinary – that in Spain maximum temperatures of over 40 degrees will be reached sometime in June, as is happening during this heat wave – will be repeated every year if the greenhouse gas emissions that humanity is emitting and that are overheating the planet continue to increase at the same time assess how they have done so far. Global warming is currently 1.2 degrees Celsius above pre-industrial levels. The IPCC (Intergovernmental Panel on Climate Change) warned in its latest major report that warming will reach 4.4 degrees by the end of the century if emissions continue to rise as they have in recent decades. That would be the average for the entire planet, but its translation for a region like the Mediterranean – particularly hard hit by the climate crisis – is an even larger increase, which in turn implies that the frequency and intensity of extreme events like heat waves.

The IPCC, whose work involves thousands of scientists from around the world, regularly updates the climate change knowledge base through its reports. In its most recent revision, an interactive atlas has been included for the first time, in which the effects that this global crisis is already causing can be viewed regionally. In addition, forecasts are made of how these impacts will develop depending on the warming achieved.

To make these predictions, 38 climate models are used, according to José Manuel Gutiérrez, director of the Institute of Physics of Cantabria and coordinator of this atlas, which involves researchers from CSIC and the technology company forecast. One of the parameters used is the “number of days with maximum temperatures above 40 degrees”. For the period between 1995 and 2014, it is “extremely rare” that in a month of June this barrier is one day overcome in Spain, as is happening now, says Gutiérrez. Yes, it is something more normal that according to these historical data it happens one day in July in the Peninsula, specifically in the Guadalquivir and Guadiana basins and to a lesser extent in the Ebro.

That’s already happening. The problem lies in what is to come due to the climate crisis. Because the rare can become normal if humanity does not wean itself off of fossil fuels, the main source of greenhouse gas emissions.

The Paris Agreement, signed in the French capital in 2015, set as a basic goal that global warming should be between 2 and 1.5 degrees by the end of this century, the safe level set by scientists. To do this, all countries in the world must reduce their emissions until they practically disappear in the second half of the century. The pact’s signatories, some 200 countries, must submit climate plans to the UN in order to achieve it. In the best of the current scenarios – if all nations meet all their commitments – the IPCC expects global warming of up to 2.8 degrees. In the worst case – that countries continue to ignore the warnings and issue them at the same pace as before – it would reach 4.4 degrees.

In the atlas Gutiérrez coordinated for the IPCC, four warming scenarios are envisaged for future projections: that the 1.5 degree target will be met, and that it will reach 2, 3 and 4 degrees. In the first two scenarios, the probability of a day in June exceeding 40 degrees in areas of Andalusia and Extremadura would increase. But the big jump would occur in the 3 and 4 degree warming scenarios, where it will be common for the June 40 limit to be exceeded for several days in the Guadalquivir, Guadiana and Ebro basins.

In Badajoz, for example, a 3-degree warming scenario in June would surpass 40 in 2.9 days on average. If global warming reaches 4 degrees, this barrier will be overcome in an average of 5.1 days. The same would happen in Cordoba. And in Seville, the 40 mark is exceeded for 2, 3 and 4 days respectively. In these cities, the models used by the IPCC, which are based on the 1995-2014 average, virtually rule out temperatures exceeding 40 degrees in any month of June. And if warming can be left at 1.5 degrees, it could practically stay that way in the future.

“With 1.5 degrees or 2 degrees of warming, there is still room for improvement,” says Gutiérrez. But this expert reminds that very strong cuts in greenhouse gases are needed. “Global emissions need to fall by 50% by 2030 and be close to zero by 2050,” he adds. “We’re on time, but it takes a lot of effort,” he adds.

The global energy sector – power generation, industry and transport – causes 73% of all man-made emissions. This sector is mainly powered by fossil fuels, which is why it is always at the center of the discussion when it comes to combating global warming. And the IPCC has established specific reduction pathways for using these fuels if they are to comply with the Paris Agreement. To reach the 1.5 degree target, global consumption of coal, oil and gas must be reduced by 100%, 60% and 70% in 2050 compared to 2019 levels, respectively. The reports assume that these reductions will be smoother when carbon is at stake Carbon capture and storage techniques are employed, controversial measures that are currently marginal and very expensive. In addition, the IPCC points out that the clearest alternatives to fossil fuels are renewable energy, the cost of which has fallen sharply over the past decade. Added to this are energy efficiency, storage systems, smart grids, sustainable biofuels, hydrogen and the promotion of electromobility.

This week, UN Secretary-General António Guterres warned of the “serious consequences” of “inaction” in the face of climate change. “The window to prevent the worst effects of the climate crisis is closing fast,” he added in a speech. The UN chief reminded that, far from a drastic reduction in emissions by 2030, “current national commitments will result in an increase of almost 14% in this decade”. “We are witnessing a historic and dangerous disconnect: science and citizens are demanding ambitious and transformative climate action. Meanwhile, many governments are slow in coming,” Guterres warned.

The UN Secretary-General has spent weeks focusing on fossil fuels and the billions in public aid governments are using to irrigate consumption and production. He calls for investments in green energy to triple to at least $4 trillion a year.

- Advertisement -
Share
Facebook
Twitter
Pinterest
WhatsApp
Previous articleThey are developing a new intelligent parapet that warns of dangerous situations on the road
Next articleBoulder-inspired furniture, fifteen-foot coats, and a chair that’s already in museums: the unstoppable life of Faye Toogood