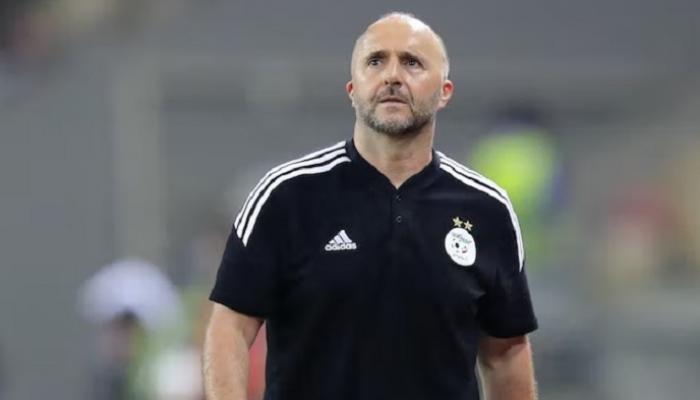 Djamel Belmadi, the coach of the Algerian national team, sent a motivational message to his two stars, who recently returned to his roster, in preparation for the two matches against Cameroon in the World Cup 2022 qualifiers.

He is linked to the Isaac Belfodil and Rachid Ghazal duo, who are returning to the Algerian squad after a long absence, as Belmadi hopes to contribute to the revival of the green forward locomotive, paralyzed since the last African Cup of Nations. the Cameroon final, from which the team said goodbye to the groups.

Belfodil marked his return to the Algerian national team after a long wait since October 2018, while Ghazal has been away from the international stage for his country since March 2021.

And “Al Koch Jamal”, at a press conference, confirmed that he wants the attacking veterans to compensate for the suffering they have experienced in recent months away from the Greens, and repeat the scenario of the pair Jamal Belamri and Youssef Blaili, who became two main elements after being many years out of the accounts, summing up his message in two words: “Revenge.”

Belmadi said about it: “When you are excluded for a long time, your level of motivation is high and you want to take revenge and show your level, and this is what I expect from Ishaq and Rasheed.”

He continued, “They both have great potential and I expect a lot from them.”

Belmadi hinted at the possibility of giving graduates of the French school Olympique Lyonnais the opportunity to achieve positivity during the two playoffs against Cameroon in World Cup qualifiers.

The indomitable Black Greens will meet on March 25 and 29, in order to snatch the ticket to the 2022 World Cup.