In the circle of conflict… Where is the Gulf? 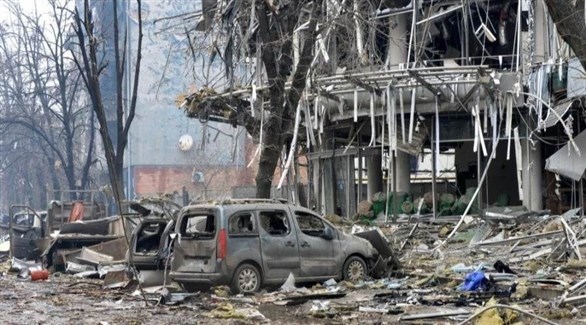 It seems that some have been quick to settle their position on the ongoing conflict in the Ukrainian arena, bearing in mind that patience is an important requirement during this period, especially with the current complexities and the emergence of oil and gas as key factors. in the management of the conflict, which will in no way remove these two elements from its calculations.

The Gulf region is, of course, the most important source of oil and gas in the world and one of the most prominent players in its market, and this certainly requires that the countries of the region come together around a convergent vision to manage the situation and the form of alliances that will emerge from the next period.

The position of the Gulf, in general, reflects the basic principles of state sovereignty and the effort to reduce violence in accordance with international charters and laws, and implicitly agrees to reject military solutions in accordance with the principles and charters of the United Nations. and, therefore, of each country. You have the right to enjoy your sovereignty and make the decision that suits you independently, without pressure or external dictates, serving one party at the expense of the other.

But the current global political scene has become so unsettling that disengaging from these interactions will not be an option in the near future, especially in the Gulf region. And if we look, in principle, the Gulf countries are partners in the “OPEC +” agreement, and all of them are interested in the stability of oil prices and global markets, and accordingly, give priority to the interest from one side over the other will not serve the required balances in the oil market, but will metaphorically increase the state of chaos and will not serve the Gulf alliances. With either side, it is too early to get out of this maze with decisive solutions.

The Gulf states are aware that there is a change in the international system and that there are emerging powers in China and Russia in exchange for US influence. Russia, for example, is a strategic partner for the Gulf states in several fields such as oil and security, with a tangible increase in the commercial exchange between them and the countries of the Gulf Cooperation Council, since this exchange has reached more than 5 billion dollars in 2021, most of it with the Kingdom of Arabia Saudi Arabia and the United Arab Emirates, after the volume of trade did not exceed 3 billion dollars during 2016. The same goes for China.

But the interest of the Gulf states requires a multiplicity of alliances and a unification of positions on regional and global issues and files. The Sino-American dispute is not a product of yesterday, and the Russo-Western conflict in Ukraine is clear evidence of a new and dangerous stage in which it is too early to form alliances at the level of great powers and to determine which camp the region or some of its countries join, without forgetting that being involved in the wall of isolation that the West builds against Moscow will sweep behind it countries that were safe and stable, so patience is the owner of the positions and decisions at the present time.

Oil as a commodity and as a vital global component will not come out of the calculations of the conflicts in the Ukrainian arena, and its importance will not decrease at the present time according to the main political disputes, East and West, which is a gain. for the Gulf countries, but at the same time it places the region in the focus of these conflicts and very close to their interactions that do not seem to have an end in sight, and this is a confirmation of what I mentioned earlier about the importance of agreeing to form a unified strategic vision of the Gulf to repel any threat to the stability, economy and security of the region.