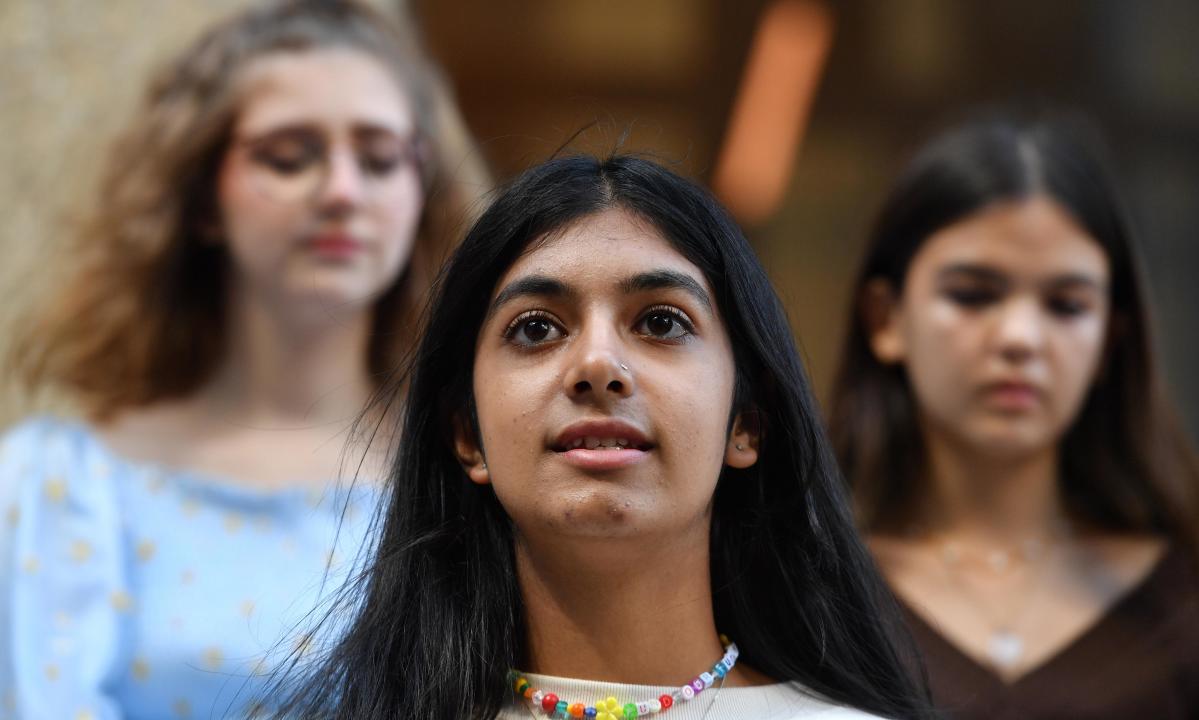 Whether in this case or another, Australia’s climate action could find its way to the high court, which can, and does, rewrite the law. should I do it

It has become a source of dark irony among climate activists globally that court decisions denying their quest for climate action begin by acknowledging the existential risk posed by the climate crisis. And so it was on Tuesday, when the full federal court delivered its sentence in the landmark Sharma case. “The threat of climate change and global warming was not and is not in dispute between the parties to this litigation,” Chief Justice James Allsop began.

So what does the judiciary, the independent and co-equal third branch of government, intend to do about it? With crippling federal executive and legislative government climate inaction threatening to make Australia effectively uninhabitable for centuries to come, how will the courts react?

On Tuesday, the full federal court overturned an earlier landmark decision that found the federal environment minister had a duty of care to Australian children to mitigate climate risk as it considered approving a major coal mine expansion. Each writing separately, the three justices, Allsop, Michael Wheelahan and Jonathan Beach, upheld the minister’s appeal in a nearly 300-page judgment.

“We are dealing with central, indeed, high policymaking,” Allsop wrote in deciding that the claim was not suitable for judicial determination. “To the extent that the evidence and indisputable risks of climate catastrophe demand a duty from the minister or the Commonwealth executive, it is a political duty – to the people of Australia,” he added. It is cold comfort to future generations who will suffer because the government fails to do that duty today.

Much will be written in the coming weeks, months and years about this significant time for climate litigation in Australia. My comments are necessarily preliminary. But my general reaction is despair. Sharma is a judgment founded on centuries of case law which, of course, is one of the strengths of the common law. But the common law evolves. Australia and the world have never faced a challenge of this nature. If not now, in light of everything we know about climate damage and government climate inaction (including, relevantly in the present case, the approval of a coal mine that will generate an additional 100 million tons of carbon dioxide carbon), when?

It is often said that difficult cases make bad laws

Tuesday’s trial wasn’t all bad news. The considerable divergence between the three judges made this a no-brainer for the government, an immovable obstacle to future lawsuits. While Allsop seemed more concerned that the issue was primarily political rather than judicial, and Wheelahan echoed it to a lesser extent, Beach rejected this line of argument. “In short, I accept that these are policy issues. But whatever they are, they can be treated properly,” he maintained. Instead, Beach dismissed the case on more technical legal grounds.

That leaves the door open for future, perhaps more narrowly framed, claims to be successful. In fact, all three judges stressed their desire to avoid exclusion from future litigation; they have sought further submissions on settling the case, to ensure that other climate litigants are not unduly harmed by the outcome. There were also tea leaves from all three judges, including Allsop, on the possibility of a duty of care where there is a closer nexus between risk and harm (he used the example of the government approving an asbestos mine near a large city ). Such comments will no doubt be explored in future litigation.

First, however, the Sharma plaintiffs will consider whether to appeal to the higher court. In that consideration, they will be encouraged by Beach, the most comprehensive of the bench of appeals to his claim. Noting that some of the legal concepts that stood in the way of the teenage plaintiffs “in their current form may have reached their useful life,” he mused that “it is up to the high court, not us, to engineer new seed varieties for tasks.” of Cuídate”.

Whether in Sharma or elsewhere, Australia’s climate action will soon reach the nation’s highest court. In that context, some of the comments in Tuesday’s ruling about institutional restraint will be less applicable: the high court can, and does, rewrite the law. Should I do it.

It is often said that difficult cases make bad laws. There is no doubt that the issues raised in Sharma are immensely difficult, perhaps the most challenging the courts will ever face. Reasonable minds disagree on the extent of appropriate judicial intervention in the climate crisis. But what’s most disheartening about Sharma’s decision is that, by trying to respect institutional boundaries, he goes a long way toward leaving the field altogether. Climate (in)action is political, Allsop argued, and the courts should leave that policymaking in the hands of politicians.

Ultimately, what is the purpose of our law but to protect Australians from the greatest existential risk they have ever faced? What is the point of our constitution if Australia becomes almost uninhabitable, a land of fire, floods and droughts? As our coal-loving government sends us into climate oblivion, the federal court says: We see the risk, but we can’t act.

• Kieran Pender is a writer and attorney. He is an honorary professor at the ANU Law School.