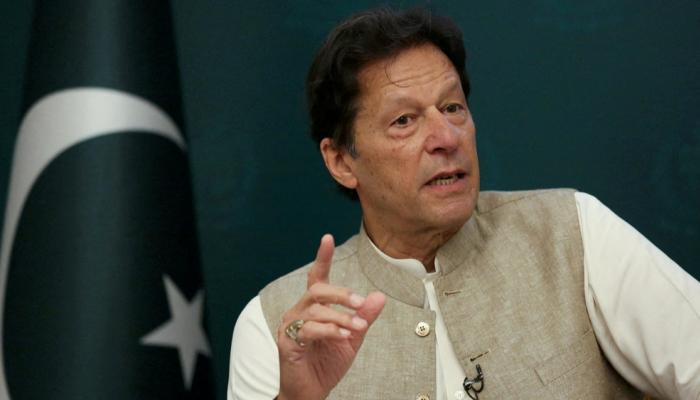 The demands to withdraw confidence from the Pakistani Prime Minister, Imran Khan, reached their last stop, after announcing today, Monday, a request in this regard.

Qassim Suri, Speaker of the Pakistani House of Representatives, said that the Parliament received a request to make a no-confidence motion against Imran Khan on Monday, after a major controversy currently occupying the political scene in Pakistan.

Pakistan’s parliament speaker said the assembly would start consultations on the measure called by opposition leader Shahbaz Sharif on Thursday, referring to the no-confidence motion against the prime minister, which opponents say has lost electoral legitimacy, while Imran Khan responds as a “plot” to oust him.

On Sunday, Pakistan’s prime minister revealed to his party’s supporters in Islamabad that he is “internal and externally backed and threatens the security and stability of his country,” noting that he received a “written threat and has proof.” .

In a carefully worded statement read at the end of his two-hour speech, Khan said he had been asked to resign in the “national interest” and that he “would not jeopardize the national interest.”

He indicated that he knows that people working on behalf of foreign forces want to overthrow his government and that he is aware of all the details and will reveal them to the people soon.

Meanwhile, tens of thousands of members of Khan’s Pakistan Tehreek-e-Insaf party marched to Islamabad to affirm their support ahead of a vote of confidence expected to take place next week.

Pakistan’s prime minister has said he will not resign, rejecting opposition calls for him to step down ahead of a no-confidence motion on him, in his toughest challenge since coming to power in 2018.

The distrust measure raises the risk of constitutional, administrative and economic crises amid an International Monetary Fund review ahead of the release of the next tranche of the $6bn rescue package that was scheduled for this week but has yet to be finalized. disbursed.

Opposition parties tabled the motion this month, saying Khan lost his parliamentary majority after some 20 of his party’s lawmakers defected, and called on the prime minister to resign.