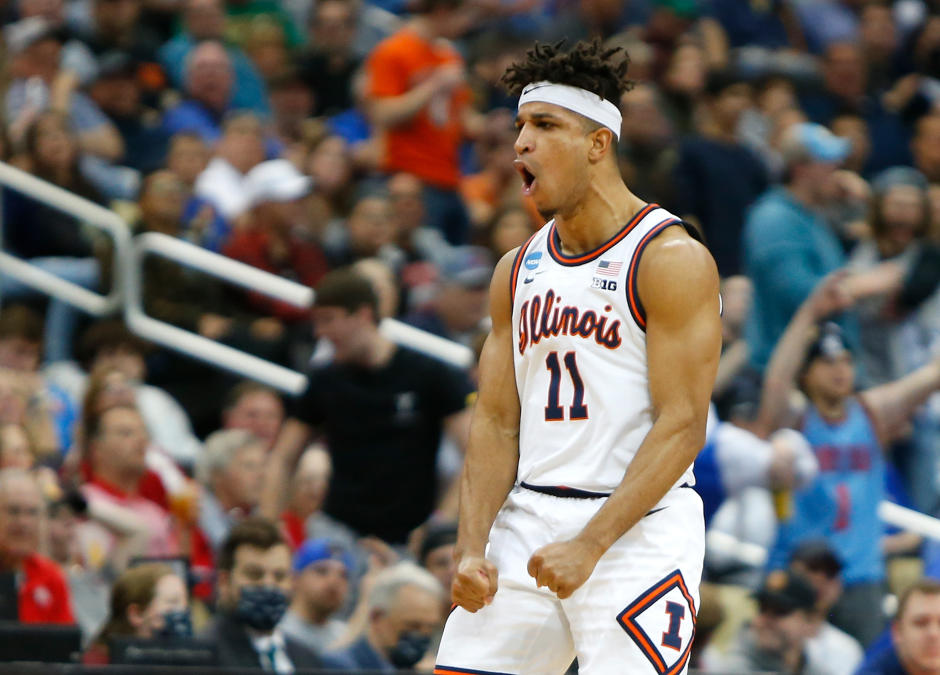 Illinois trailed from the opening spot until the final minute of the game on Friday.

But he led when it counted, capitalizing on Alfonso Plummer’s final free throws to win 54-53 to fend off a surprise offer from No. 13 seed UT Chattanooga.

The Illini trailed 20-7 to open the game and allowed the Mocs to open the second half on a 7-0 run to extend their lead to 40-29 after halftime. But they struggled through the second half and took their first lead at 52-51 on Kofi Cockburn’s jumper with 46 seconds remaining.

The Mocs responded to retake the lead 14 seconds later. But a pair of free throws by Plummer with 12 seconds left gave Illinois the lead for good.

Malachi Smith’s last try for the Mocs missed the mark, and the Illini survived to play another day.

In all, UT Chattanooga led by 39:35 on Friday. Illinois led for 25 secondsincluding the moment the game clock struck :00.

Former UT Chattanooga football player Terrell Owens was the biggest cheerleader on the team on Friday. But he could only watch the final moments of the game with disappointment.

Plummer set up the game-winning free throws with a late drive to the basket as Chattanooga led 53-52. When he came up for a layup, Chattanooga’s Silvio De Sousa made late contact out of position, drawing his fourth foul.

Plummer, an 87.8% free throw shooter, calmly made both free throws to secure the final margin of the game. Utah’s junior transfer finished the game with 15 points and connected on 3 of 8 3-point attempts.

Cockburn, a first-team All-Big Ten honoree, led Illinois with 17 points, 13 rebounds and three blocked shots. No basket or rebound was bigger than his jump shot off a missed Coleman Hawkins free throw with 47.1 seconds remaining to give Illinois their first lead at 52-51.