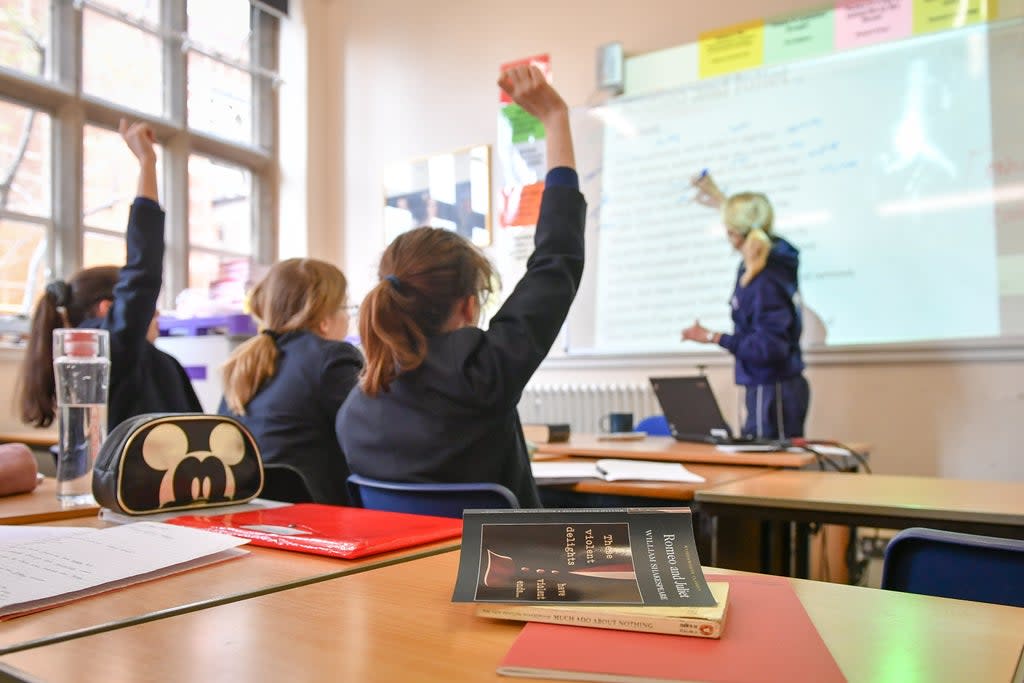 Directors should ignore Ofsted and “catch up” on his advice, the chairman of the Social Mobility Commission said.

Social mobility czar Katharine Birbalsingh told heads of the Association of School and University Leaders (ASCL) that she did not think Ofsted was “necessarily, as an idea, a force for good”.

Ms Birbalsingh said that principals had to “fight” for what they believed was best for their schools.

Ms. Birbalsingh added that she thought that under the current Chief Inspector Amanda Spielman, the inspection was better than ever.

She said that teachers should not assume that they can extract knowledge from students instead of teaching them the material directly, as this would benefit middle-class students.

“One more middle-class kid can go home and they’ll sit at the table with their parents and they’ll talk about the politics of the day, they’ll read the books that are on the shelves; mom and dad could take out the newspaper. They go to museums on the weekends and go on vacation to the Maldives, etc., and pick up knowledge from everywhere.

“But not the most disadvantaged child,” Birbalsingh said.

He added that students from poorer backgrounds who had not been explicitly taught the material would see their middle-class classmates answer questions and become demotivated.

“What (the child) doesn’t think at that moment is ‘Well, I must be from another socioeconomic level, that’s why I couldn’t answer.’ What he thinks is, ‘God, I’m dumb.’ And then he starts picking on Dave and John and continues to misbehave,” he said.

When you look for all the little things, the big things just happen.

“And then in the end, that kid doesn’t make it, and the reason he didn’t make it really has nothing to do with him. He has to do with the fact that his teacher wasn’t teaching him, because he or she was uncomfortable with that idea, because we’re often told that this is kind of cheating rather than teaching.”

Ms Birbalsingh said that in a “more challenging school” she would “strongly recommend” quiet corridors, as corridors could be “horrible places where children are bullied, there is a lot of yelling”.

She added that her school, Michaela Community School in Brent, where she is founder and principal, worked “very hard with families to encourage them not to give them a smartphone… and if we really want things to be fairer, and we want our disadvantaged to kids are socially mobile, the best thing you can do for them is to make sure they don’t have a smartphone.”

Ms Birbalsingh said that some Year 7 and 8 students at Michaela did not have a phone, while Year 11 students gave theirs to the school to be kept in a safe place before their exams.

When asked what services could be used for a broader system-level response to social mobility, he said: “It’s really important to think about what we’re doing personally.

Don’t get hurt if your parents are mad at you or people on social media are mean, whoever is mad at you. You have to believe in children.

“It’s very easy to point somewhere else all the time and say ‘the cause is there’… What we should always do is look inward and think, ‘Well, what am I doing? What is within my power to change?’”

Ms Birbalsingh said that in schools “there is too much discussion about what works” and that the commission was gathering evidence on this.

But he added: “When you look for all the little things, the big things just happen.”

Ms Birbalsingh said leaders had to be “courageous” and willing not to like them, adding that they had to avoid sentimentality.

She said, “Don’t get hurt if your parents are upset with you or if people on social media are mean, whoever is upset with you. You have to believe in children.”