IEE forecasts 3.9% GDP growth in 2022 and raises inflation to 8% amid ‘huge uncertainty’ 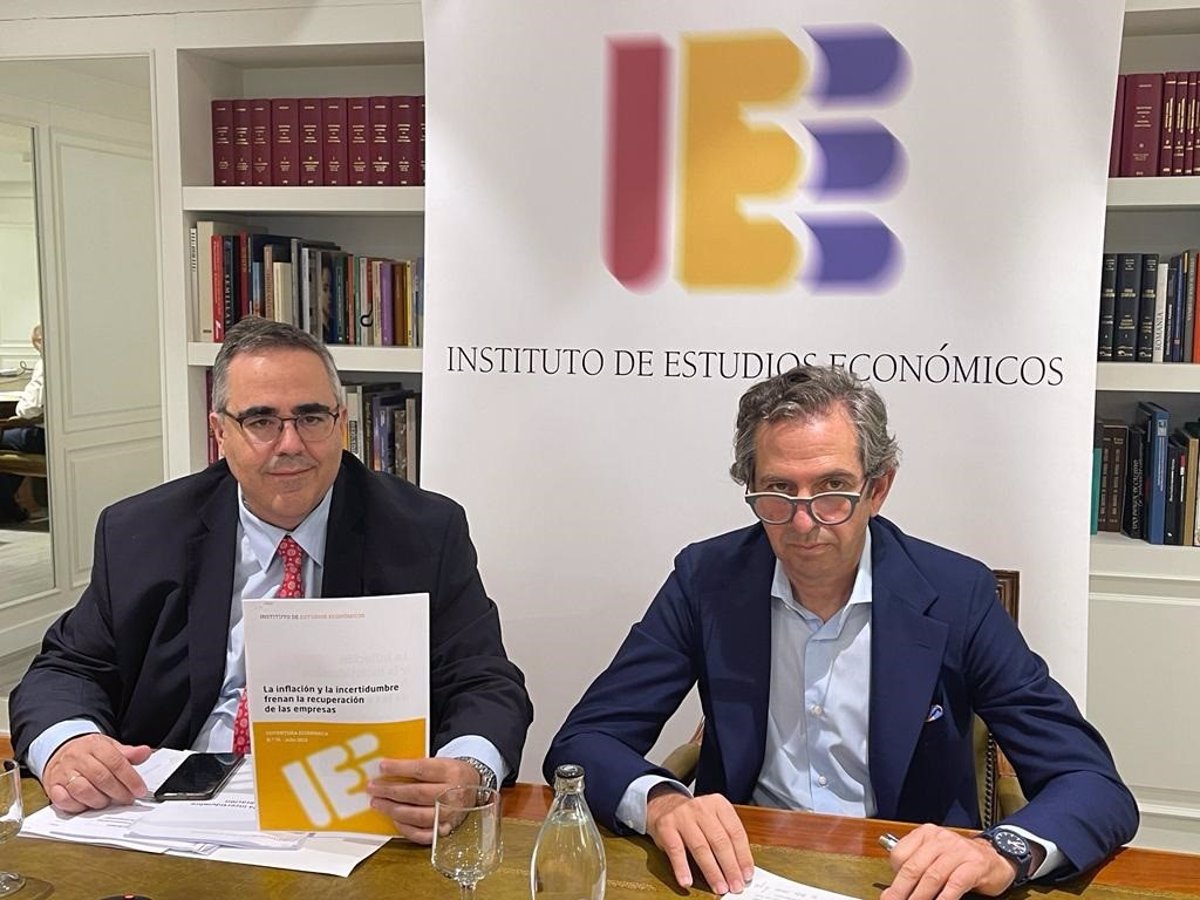 It does not consider a recession scenario, but does not rule out the possibility of a decline in activity in any quarter

The Institute of Economic Studies (IEE) forecasts that Spain’s gross domestic product (GDP) will grow by 3.9% this year and puts average inflation at 8% this year amid heavy uncertainty over the economic impact of the War in Spain Ukraine and rising prices.

This is according to the semi-annual report on the economic situation, “Inflation and uncertainty slowing business recovery”, presented this Thursday by the President of the Institute for Economic Studies, Íñigo Fernández de Mesa, and the Director General of the IEE. Gregory Izquierdo.

The CEOE “think tank” has warned that the Spanish economy faces huge uncertainty in late 2022 and early 2023 due to a range of factors weighing on growth, while inflation remains on its upward trajectory.

And it so happens that the institute is forecasting GDP growth of 2.5% in 2023, which is below the forecast for this year, although it expects average inflation to fall to 3% this year. These forecasts do not envisage a recessionary scenario, although the institute does not rule out that there will be a drop in activity in any quarter in late 2022 and/or early 2023.

As for the labor market, they assume from the institute that it will continue to show strength in 2022 due to the high job creation in the first half of the year and the recovery of tourism in the summer season, but that it will be difficult in the autumn and in the year to maintain in 2023.

Regarding the balance of payments, the IEE forecasts point to a rebalancing of the current account balance in 2022 and 2023 compared to the surpluses of previous years, which is attributed to the intensity of the increase in import prices for both goods and services and the export strength due to the lack of dynamism in the global economy, particularly in Europe.

The public sector, for its part, will continue to redirect its fiscal imbalance, albeit to a lesser extent due to the economic slowdown. All in all, it will still register a high deficit in 2022, around 5% of GDP, and can be reduced below this threshold in 2023.

“There are downside risks to this entire scenario,” they warn from the IEE. Inflation is one of the main threats in the short term and can threaten the consolidation of the economic and employment recovery due to its impact on interest rates, which drive savings and investment decisions over the long term.

LOWER PROGRESS IN DOMESTIC DEMAND AND DELAY IN EUROPEAN FUNDS

As for confidence, the current situation of heightened uncertainties weighing on the economy will undermine consumer and manufacturing sector confidence, leading actors to delay or cancel their investment and consumption decisions. “This will lead to a lower increase in domestic demand,” the institute predicts.

On the other hand, they have criticized the institute for the delay in the execution of European funds, which could affect the investments of companies. “It is important not to miss the opportunity offered by these funds to strengthen the recovery while boosting the potential growth of the Spanish economy,” the experts stressed.