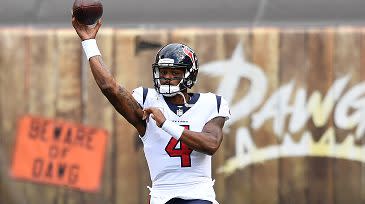 When it comes to player discipline, the NFL has learned to delay the action as much as possible. For more than a year, for example, the NFL has not taken action against the Browns’ quarterback. Deshaun Watson, because he hasn’t had to.

With a pair of grand juries choosing not to criminally indict Watson and with Watson now a member of the Cleveland Browns, the NFL is nearing the point where some sort of decision will be expected, if not required. Possible options are identified below.

First, the NFL can suspend Watson now. That would be similar, if not identical, to the approach the league used against Ben Roethlisberger in 2010. At the time of the suspension, he had a pending rape lawsuit in Nevada and had avoided criminal charges in Georgia. In the wake of the Georgia prosecutor’s decision not to charge Roethlisberger, the league imposed a six-game suspension. Later, it was reduced to four.

Second, the NFL can wait until the 22 pending civil lawsuits against Watson are resolved. If Watson ultimately prevails in all 22 cases or if he loses in one or more of them or if he resolves one or more of them, the specific outcome would (or at least should) affect the league’s decision.

Third, the NFL could impose a preliminary suspension, with the possibility of further punishment depending on the outcome of the cases. This would give the NFL a vehicle both to discipline Watson based on currently available information and to keep the league’s options open based on evidence that may develop later and/or potential jury verdicts against Watson. .

Fourth, and this is a potential outcome that Watson and the Browns need to take much more seriously than they currently do, the league could eventually place Watson on the commissioner’s exempt list (namely, paid leave) until all 22 civil cases are resolved, with an unpaid suspension thereafter. We have heard that this is a possibility. Others have too. The best way to avoid this outcome would be to resolve the cases now.

I made that argument last Friday, after the Browns emerged as the winners of the four-way tug-of-war for Watson. Solve the cases now.

Browns fans deserve it. More specifically, Browns fans don’t deserve to have the cloud that has hung over Houston migrate over to Cleveland.

The Browns appear to be taking on short-term pain in the name of long-term gain. But that doesn’t mean short-term pain has to hurt more than it needs to. If the cases are resolved properly, Watson comes in with a clean slate, and Browns fans aren’t burdened with wondering what will happen if the case goes to trial. They may also conclude that Watson has had a proper reckoning.

So far, signs from the Watson camp point to fighting all the cases and trying to win them. Once they realize the league may decide to bar him from playing until the legal fight is over, Watson’s camp may decide to take a different approach. They should.