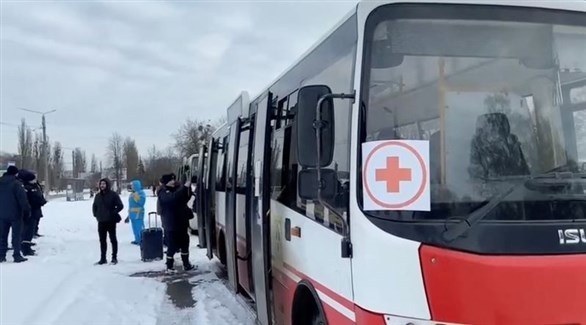 The International Committee of the Red Cross has categorically denied facilitating the forced evacuation of Ukrainian civilians to Russia.

“The ICRC never helps organize or carry out forced evictions. This applies wherever we operate. We will never support an operation that goes against the will of the people or our principles,” the International Committee of the Red Cross said in a statement released yesterday. Saturday night, without specifying the reason for this clarification.

Apparently, the committee is responding to the accusations made by the Ukrainian political analyst Roman Rokomeda in the electronic medium “Euractiv” on Saturday.

In an article published on this site, Rokomeda denounced “the strange behavior of the Red Cross and its head, who announced the decision to open an office in Rostov to help Russian terrorists illegally deport Ukrainian citizens.”

The ICRC considered that this false information “could have a significant impact on people affected by the conflict in Ukraine. This false information also puts Red Cross teams and volunteers on the ground at risk and can prevent our access to people in urgent need of assistance.”

The International Committee of the Red Cross explained that it participated in two “evacuations of people in Ukraine that took place in Sumy on March 15 and 18, when we facilitated the voluntary departure of civilians from the city.”

“In these two cases, people voluntarily boarded buses that took them to another Ukrainian city in Lubny,” located west of Sumy, far from the Russian border.

The Russian military is accused of forcing thousands of Ukrainian civilians to flee the besieged city of Mariupol and weeks of shelling to head to Russia.

The representative of the United Nations High Commissioner for Human Rights in Ukraine, Matilda Bogner, indicated on Friday that she has not yet been able to verify the validity of these accusations.

“We are very much investigating these allegations,” he said during a video conference.

It is clear that the civilians have left Mariupol (…) and other places in the areas under the control of the pro-Russian armed groups and some of them continue on their way to Russia, but we cannot verify whether these movements were forced or not.

The president of the International Committee of the Red Cross, Peter Maurer, recently visited Ukraine and Russia in an effort to facilitate his organization’s work on the ground.