Ice is in short supply: factories cannot keep up due to strong demand and high costs. “Customers ask us three times as often as last year” 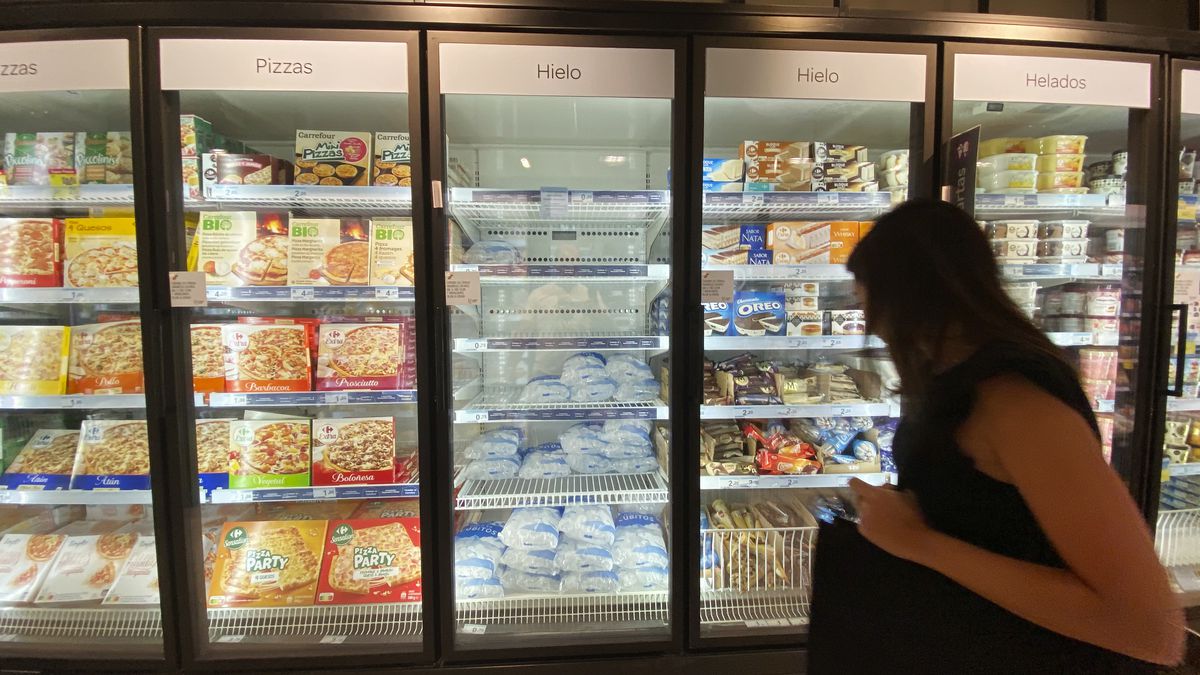 With summer temperatures soaring, a frozen drink is becoming one of the most coveted treats. But since a few days, the cold packs have been arriving in various shops across Spain by dropper. The unbearable heat has triggered demand in stores and many manufacturers are overwhelmed. The supply shortage is also noticeable in supermarkets. The Valencian chain Consum has limited the sale of cubes to two bags per customer and Mercadona to five. In Malaga, some shops put up the poster no more ice. The reason for this shortage is that many factories have reduced their production in winter and spring due to high energy costs and now without reserves the daily production is not sufficient to cover the demand triggered by the heat wave.

Luis Campos Linares, manager of Hielo Everest dealership in Madrid, warns that the problems started in the second half of July: “Producers are not currently supplying us as they should. We got one truck instead of seven.” Ice making is concentrated in the winter months in preparation for the summer season. However, the high cost of electricity, plastic and fuel has prompted many manufacturers to slow down the pace of production. “Now they’re trying to recover, but the machines have a limit and the result is several companies are out of stock,” he says.

The Andalusian ice cream factory Samoyedo is one of the largest in the country. Unlike other years, this summer it has no reserves, sold out earlier than expected due to strong demand and forced to sell the daily production. “Our customers are asking three times what they were last year, and other manufacturers who have exhausted their stocks are coming for us,” explains Juan Rosa Ortega, the company’s finance director.

Despite the difficulties, the Jaén-based manufacturing company manages to fill between 60% and 70% of the orders. “Fortunately, like every year, we saved because we took that risk. But not everyone dared. Especially the small factories who, faced with rising prices, did not want to stock a product that they did not know if they would sell in the summer due to the uncertainty of the pandemic,” adds Ortega.

This is the case of Hielo Norte from Badajoz, which this winter only produced at night to reduce costs. “The machines are now running 24 hours a day, but we cannot restore the production rate. We had to go to a big company to supply us,” says Antonio Jaime, manager of the factory. He believes August will be a complicated month due to local trade fairs and the high influx of tourists who will fill bars and restaurants. “There will be no shortage, but there will still be shortage. In Extremadura, two small production companies have already closed for good due to a lack of materials. And we’re starting to ration because at some point we won’t be able to supply some retailers anymore,” he says. Of course, both manufacturers and retailers trust that the water will calm down at the end of summer. “As the temperature drops, producers will start to increase their production and storage,” says Linares.

Distribution sources are also feeling tension in the supply chain, prompting chains to cap the units sold. “It’s a vicious circle. Fearing shortages, consumers empty the shelves that take longer to restock,” they add. The consumer and user organization reminds that retail companies have the right to limit the number of items sold by each Buyers can buy as long as exceptional circumstances or force majeure justify it, in which case these measures are necessary to “prevent shortages and ensure consumer access on fair terms,” ​​stresses the association.

The supermarkets, which have still restricted sales, are suffering from the shortage. At Aldi de Cuatro Caminos in Madrid there were no more ice cream cones this Wednesday afternoon. “There are customers who come in the morning and destroy everything. It’s something that happens every day. They take bags of twenty by twenty. They won’t arrive until Saturday,” says a manager. Stefanie Yazbek, an employee at a grocery store in the same district of the capital, has been without ice cream for three days. “My supplier is waiting for an answer next Monday. All in all, I’ve been pretty lucky so far because a lot of customers have been complaining for a month that there are shortages at other outlets,” she says.

The lack of ice is also a challenge for hoteliers, who are recommended by the industry associations to book in advance to avoid surprises. José Luis Rodríguez, owner of the La Madreña restaurant on the Paseo de la Castellana, has his own ice cream machine, although he buys around 50 kilos a week to meet his customers’ demands. Delivery delays have not been slow to manifest themselves. “If I place the order in half an hour, it’s usually served. But last week they took note of the request on Tuesday and it arrived on Friday,” he says.