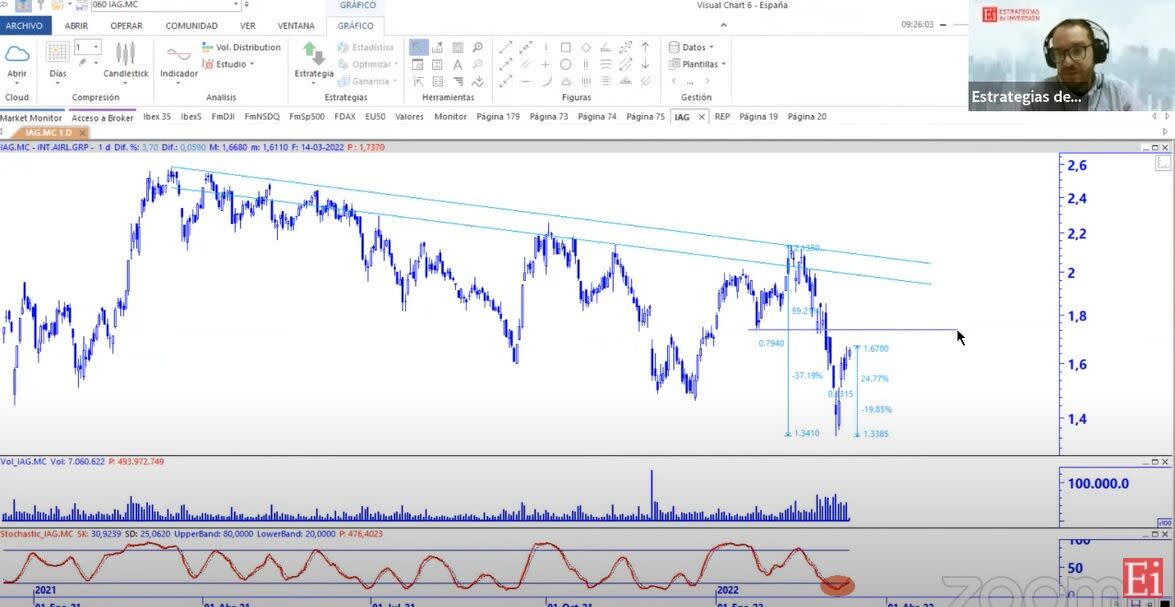 Diplomatic efforts to end the war in Ukraine intensified on Monday, with Ukrainian and Russian negotiators set to talk again after both sides cited progress, including after Russia attacked a base near the Polish border and fighting increased in others.

The hopes that progress in a peaceful solution is driving European stock markets today. Within the IBEX 35, below the values ​​related to tourism and one of the most advanced is IAG (Iberia). At this time, after the first hour of trading, it leads the increases in the selective with an advance of 4.30% at 1.6590 euros.

As explained the analyst José Antonio González, when an asset registers such violent falls in a short time, since IAG has fallen more than 37%, it is normal that it tries to recover ground. In the last sessions it was 24%. This generates a lot of volatility and nervousness.

And it also occurs in a context in which the value is marking a succession of decreasing minimums and maximums. “It is a value that is not strong in the short term, but neither is it in the medium term, it is a complicated value”.

The first great test that IAG (Iberia) has is to overcome the area of ​​previous supports, now converted into resistance, which is around 1.74 euros and the area of ​​1.71 euros per share, “it would be the next great area of resistance whose overcoming would allow a new attack to be proposed to this large zone of decreasing guideline in the medium term”.

- Advertisement -
Share
Facebook
Twitter
Pinterest
WhatsApp
Previous articleMac Studio is the latest Apple device on the market. Silent cooling
Next articleAccording to his ex-girlfriend, Elon Musk “sometimes lives below the poverty line”: he slept on a mattress with a hole in it.