I went through a psychological crisis and did not give up the lawyer. 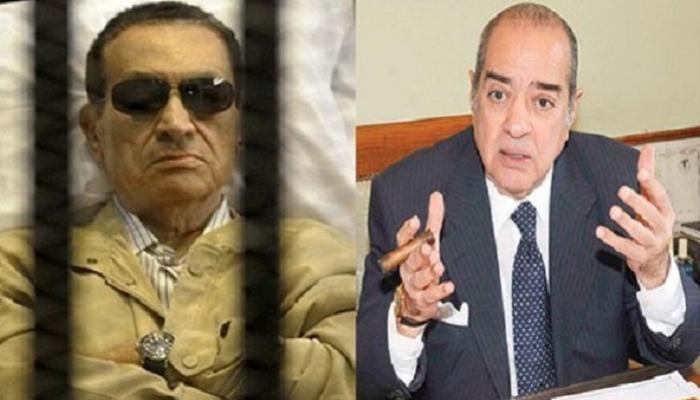 Lawyer Farid El-Deeb, one of Egypt’s most famous lawyers who represented the late Egyptian President Hosni Mubarak, said his health is good and he has not abandoned the legal profession.

Al-Deeb commented on a news circulating about his retirement from the legal profession: “There was a rush to get the news out, and I explained to the court that the case of businessman Hassan Rateb exhausted me and that it was the last time I brought him before the courts. penalties”.

He added in televised statements that he had been working in the Judiciary for 60 years, and the illnesses had multiplied due to the circumstances, highlighting that he suffered from blood cancer, and they placed 9 stents in his heart.

He indicated that their morale was not good; For the death of his daughter, who afflicted him last year, and added: “Forgive me, I don’t have to go back down, because I can’t stand being infected with the Corona virus and going up and down stairs. It’s not retirement, and I will continue to write veto appeals while I’m home.”

El-Deeb said he would not testify in criminal court again; Because “the crowd is big, getting on the court is exhausting and being inside is exhausting.”

He continued: “Working in the legal profession and communicating with clients makes the lawyer familiar with many secrets.”

In a meaningful message, El-Deeb said that the people he advocates for is not a condition that he loves or is convinced of, explaining that he is doing his duty to his client, especially since the Court of Cassation highlights the importance. of the lawyer pronouncing useful words that provide relief to the accused, discussing evidence and demanding relief, and clarifying his justifications.

What sparked speculation that Farid El-Deeb would retire from the law firm was what he said yesterday, Saturday, during the defense of Egyptian businessman Hassan Rateb, in a case known in the media as “The Great Antiquities”, that his petitions They must be fulfilled, because this may be the last time I stand in front of the court.

And he added: “I am close to 80 years old, and I have many diseases between leukemia and others. I have worked for 60 years in the judiciary, working in the legal profession and finally I will retire from public works.