I was in El Salvador, where bitcoin is accepted everywhere, and I think your risky crypto experiment could work. 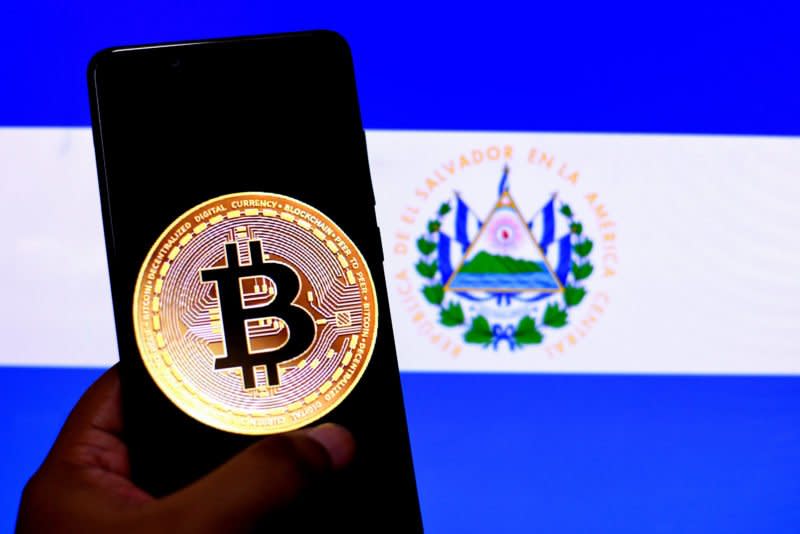 When I first arrived in El Zonte, El Salvador, I quickly realized that this was no ordinary beach resort.

Bitcoin logos were displayed on the El Zonte town sign and on all trash cans in town, and anyone who paid with Bitcoin at one of the cafes received a 75 percent discount. I’ve spent the past month discovering the west coast of the country with its world-class surfing opportunities. I wasn’t consciously looking for the bitcoin epicenter of El Salvador, and I found it anyway.

When El Salvador recognized bitcoin as its official currency last September, many people, myself included, were skeptical. It seemed that the president of El Salvador, Nayib Bukele, was juggling the country’s fortunes as a Reddit-addicted crypto trader, true to the motto: you only live once.

Bukele had bought millions of dollars worth of Bitcoin and publicly complained that he missed the Bitcoin fund by “seven minutes”. When the price of Bitcoin crashed, it had costly consequences for El Salvador. It looked like a mess. However, as I have discovered, the reality behind all this is much more complicated than the story that is leaking out. Indeed, it appears that El Salvador’s bitcoin experiment may work to some extent.

El Salvador’s bitcoin movement began in El Zonte when a California surfer named Mike Peterson received an anonymous bitcoin donation worth more than $100,000 for the town’s residents. Peterson had been involved with El Zonte for years and accepted the donation on the condition that it go directly into the hands of local residents. “We came up with a plan that we would use little by little to bring bitcoin to the community,” he told me. “It just took off from there.”

Bitcoin became so popular in El Salvador mainly for one reason: it benefited the population.

One of the first and most immediate benefits of bitcoin was that it allowed the population to avoid ruthless transfer fees otherwise charged on the roughly $6 billion that friends and family transferred to El Salvador from other countries each year. Less obvious, but probably more significant, was that nearly 70 percent of the population was unbanked. With the help of a digital wallet, this part of the population could now start investing anyway. “Many people in El Salvador did not have bank accounts. Now that has changed,” explains Román Martínez, who works with Peterson at El Zonte. “Some of them are now investing for the first time.”

After Bukele took office in 2019, he found out what was happening in El Zonte. He began his plan to make Bitcoin an official currency and called on the country’s merchants to accept the cryptocurrency as payment for his services and products. Last fall, the corresponding law finally went into effect, making El Salvador the first country in the world to accept Bitcoin as legal tender. The biggest Bitcoin experiment to date had begun. The Zonto suddenly became something of a mecca for bitcoin fans around the world.

Today, almost five months after the law came into force, bitcoin has arrived throughout El Salvador. You can use it to pay at McDonald’s, fancy cafes, and small supermarkets that operate from lounges and have a sign outside with a QR code that accepts bitcoin transfers.

El Salvador even programmed its own digital wallet. It’s called “Chivo”, which means “cool” and it attracts with an initial credit of 30 dollars for each new download. Despite some technical problems, almost 2.1 million people, or about a third of El Salvador’s population, have already used the app.

El Salvador is trusted by many Bitcoin enthusiasts, rightly so?

For many Bitcoin fans, the El Salvador experiment is a crucial example. For Bitcoin to reach its full potential, it must be possible to use it as a store of value and as a means of payment. El Salvador will show if this can be combined in everyday life. “Bitcoin was first a collectible, then a store of value, then a medium of exchange, and finally a unit of account. This is the same procedure that all other currencies go through,” says Max Kaiser, an influential figure in the bitcoin scene in El Salvador.

However, that exuberance could tempt President Bukele to make risky decisions, such as opening a largely tax-exempt “Bitcoin City.” Or the issuance of the so-called “Volcano Bonds” for an amount of one billion dollars, in which El Salvador directly invests half of the profits generated by Bitcoin.

The fluctuations in the price of Bitcoin will determine the day to day life of people in El Salvador who have invested in Bitcoin. A restaurant owner called Bitcoin “the devil’s money” in an interview with the “LA Times.” But in today’s society, wealth is primarily built by people who are willing to take risks. And if people in other parts of the world have this ability, then so should people in El Salvador.

The Bitcoin experiment in El Salvador could implode and fail. Still, there is a chance that it will succeed, and that is enough to give it a try.