“I earn 1,500 euros a month with video games”: This is how the business of buying and selling accounts works 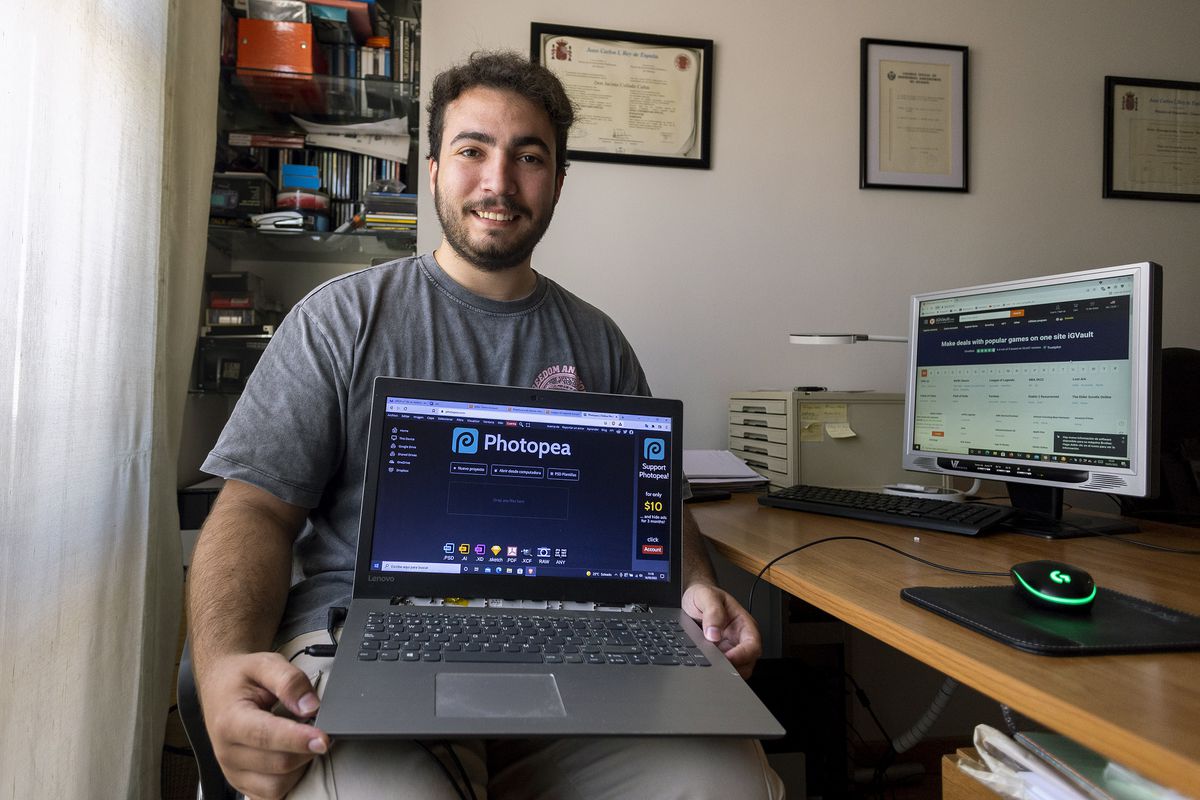 At any time of the day, almost three million people are playing Fortnite at the same time. This video game alone had a total of 350 million registered accounts in 2020, according to its developer Epic Games.

Open chests, get skins (Appearance of a character), weapons or powers, getting crowns or eliminating players are some of the ways to level up. Playing a lot is another way to gain experience points and win. Buying elements offered by the game itself is a different formula, but not always the most satisfying, at least for the player.

According to the American consulting company Newzoo, the video game world moves about 150,000 million euros a year, a number that exceeds the film and music business together and that does not seem to have found a limit at the moment. The deal isn’t just for big developers. Beyond the official panels of each competition, there is an outdoor market selling costumes, bows, knives, screws, powers, virtues, keys and trunks. And bills too.

Javier Collado (Castellón, 26 years old) has entered this business where practically everything is virtual except money. And not always, because there are operations that are carried out using cryptocurrencies. He has played video games his entire life. He talks about his friends, players from other parts of the world that he doesn’t know. One of them told him that there was an opportunity to make his fun profitable: create accounts, play, play and play and level up to sell later, and he was attracted by the fact that he was able to make a profit. Currently, it has already sold more than a thousand. In his case, he doesn’t see it as a business as he uses the profits to pay for his aviation studies and the flying lessons he needs to become a commercial pilot. But thanks to his hobby, he already earns a salary that is “between 1,200 and 1,500 euros a month,” he says.

It started with an account. He spent all day playing “morning till night,” and a week later he had it ready for sale. He did the same thing about 20 more times. The one that brought him the most money reached 300 euros and in the best months, after Christmas, one of the times when there is more movement, he entered 3,000 euros through the platforms through which the sale is made, keep between 15% and 20% for the interventions. Collado has an accountant, makes his returns, and pays his taxes, although no expenses can be deducted since his account providers don’t bill him.

After his first foray into this business, he saw that it was taking a lot of time. He already had a good reputation among players and in most cases became a middleman: he buys accounts in bulk and then resells them using his reputation and the rating of his previous buyers. This prestige is worth buying records at a price between 1 and 3 euros and selling them for around 20 after examining them and in some cases even playing them to raise the level. “I’m trying to make sure nothing can cause problems for the people who are buying, I take my share of the responsibility and I want the experience to be fruitful for everyone,” he says, because as he explains, it exists hacker dedicated to stealing and selling.

The motivation is clear: “Games are competition systems, you go up and down levels, there are people who want to save themselves the time that has to be invested in the first levels or others who, with years of competition experience, get stuck at one level and want to rise in a different way,” he explains. You know it’s not good among players to advance in that way, but the fact is there are multiple sides on-line which serve as a platform for sellers and buyers with guarantee systems. In fact, some of them even block payment money for several weeks until the buyer checks that everything is in order and the purchase corresponds to the offer.

Collado believes that game owners know that these sites exist that circumvent the Terms of Service that they demand. Basically, these moves create more desire to play, more motivation for those who come in with a new account and believe they can improve, more incentives. In other cases, players flee incorrect or unsportsmanlike settings that drive them out of the game and resist starting over.

Anyone can get into the business, Javier Collado knows, but he’s not afraid of losing market share because users are very competitive and mostly go to people who offer them guarantees or, as in his case, specialize in certain games are.