“I don’t take no for an answer” 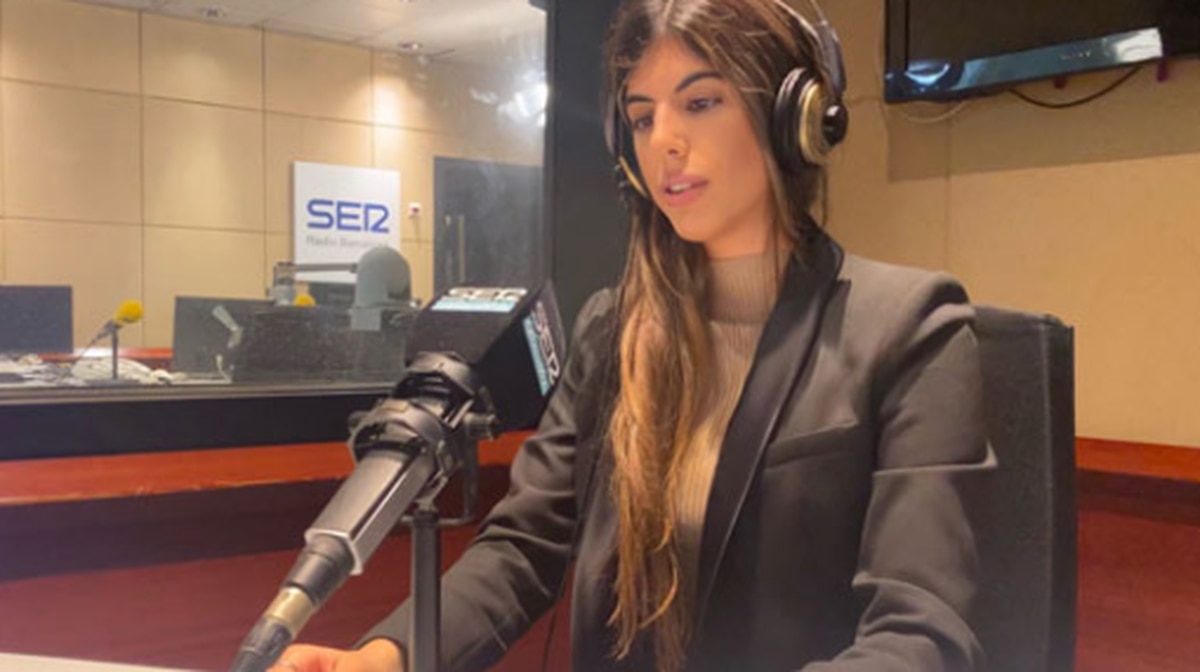 Carlota Planas (Barcelona, ​​​​​​1992) is the first woman to manage a soccer player agency company in Spain. Forbes magazine included her in its 2022 Young Talent list alongside stars like Ibai Llanos.

All paths in Carlota Planas’ career lead to the same goal: to make a living from the ball. She made her first big step at just 15, making her debut in women’s futsal First Division. At 18 she was already captain and one of the most outstanding players on the national scene. But when he saw that he could never achieve professionalism in this world, he began to pursue other paths. After graduating in journalism and ADE at the same time, he tried to break into the media. And although he wasn’t doing so badly, he still saved the hundred articles he published ace Covering LaLiga Santander – where she would end up finding real success after a brief stint as a scout – is in the offices as an agent.

Her first success was the Be Universal platform, dedicated to attracting sponsorships and campaigns for 120 female athletes from different disciplines, and in 2020 she became the first woman to lead a player representation company in Spain, having founded Unik Sports Management together with Arkaitz Coca. You could describe him as a kind of Jorge Mendes of women’s football, as his clients include personalities from FC Barcelona, ​​​​Real Madrid or Atlético de Madrid. She was recently included in the magazine’s list of young European sports talents forbes along with stars like Kylian Mbappé or Ibai Llanos.

Listen to Carlota Planas’ experience in your own voice

Hi!
I’m Carlota Planas and I was born in 1992.
The year of the Olympic Games in my city of Barcelona and the year of Barça’s first European Cup.
The year that seemed to change everything, and it could be true.
Because there is no better proof than my own story to show that there are opportunities in society and in football that other generations could never have dreamed of.

It’s not that I’ve had it easy either, but I’ve never taken no for an answer.
The first one was given to me in the park, I remember it clearly.
A boy denied me the right to play ball because I’m a girl.
And what have I done?
Well I went to cut my hair, came back and said my name was Carlos and I showed them I was better than all of them.
In my family we are like this: people with character, ambitious, fighters.
We don’t care what others say.
Like my grandmother, a loyal Camp Nou season ticket holder who, at over 60, amazed everyone windsurfing on the beach.

How will gender be a constraint on any activity?
As a child, I always drew a picture of myself with a ball at my feet and I never hesitated to announce my dreams: “I want to be a footballer,” I told the teachers.
And while I didn’t make it, it’s actually like I’m living the life I’ve always pursued.
The first player I signed for my agency, Claudia Pina, recently played in front of more than 90,000 people.
It’s outrageous when you think about it.
Five years ago there were professionals who were not even allowed to charge 500 euros.
I have always trusted.
I was sluggish and stubborn.
Remember what I told you about never taking no for an answer?
When I had my marketing agency, I would call and knock on brands’ doors and tell them, “You have to bet on women in sports.”
“Women’s sport also sells.”
Again I met many rejections and I found it difficult to explain my vision to them because I had no evidence.
Now yes.
Now there is no doubt: women are destined for an increasingly important role.
We are the present.

Soccer was my lifesaver.
There’s nothing in the world that makes me feel like this when I’m watching or playing a game.
Any.
Thanks to football, I’ve travelled, met wonderful people, even idols like Ronaldinho, and enjoyed that incomparable joy of lifting a trophy.
Also thanks to football I have overcome my most difficult moments like the death of my mother when I was 20 years old.
There football was my lifesaver, the only thing that made me switch off and the purpose to get ahead.
I think she would be very proud of who I am today and what I have achieved.
When I saw my name in Forbes magazine the other day, I started crying.
Being a role model for other girls and women, overcoming barriers fills me.
Now that I’m almost 30 years old, I realize that everything has happened very quickly.
I never had a clear plan, but I did aim to make the most of my days.
I’m where I always wanted to be: making a living from football.