“I didn’t have to raise money”: now Leapsome receives millions from Twitter investor 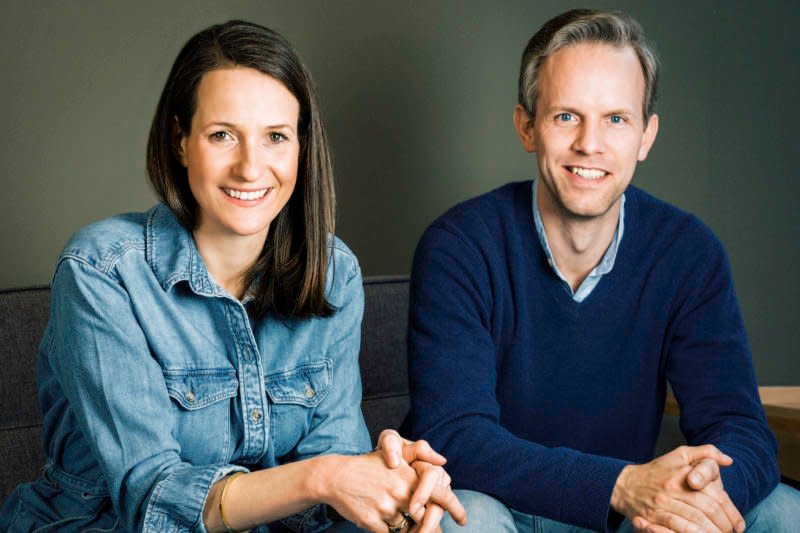 What makes people in organizations successful? If you ask the two founders of Leapsome, it’s transparency, a learning culture, and an employee-centric environment. And it’s precisely because of these three things that Kajetan von Armansperg and Jenny von Podewils build software, like feedback tools or employee surveys, that they’ve been successfully selling to companies like Spotify since 2016. What’s special about Leapsome: In these six years, The startup claims to have had 80 employees with no venture capital money, operated profitably and able to grow steadily. According to the company, sales have tripled in the last year.

Of course, that attracts investors. And with Insight Partners, a famous US VC, who also invested in Twitter, Shopify and Trivago, Leapsome has now closed a funding round for the first time. According to the company, 60 million euros were raised in Series A. In addition to Insight, European investors Creandum from Stockholm and Visionaries Club from Berlin also participated. Creandum launched a new fund of almost half a billion euros a few days ago.

Leapsome raised the money within a few weeks, the two manufacturers say in an interview with Gründerszene. The decision to invest was made in mid-January. Investors were spoken to in February and the round was completed in March.

“We didn’t have to borrow money”

“We made a very pragmatic decision to borrow money. We wouldn’t have had to,” von Podewils said. “But we have the ambition to build a global category. And it’s good to go into fundraising from a position of strength. Not because you’re under pressure and need the money.” Even if the startup scene says you need money to grow, Leapsome has grown as fast as the best VC-backed companies in its field, founder says.

Leapsome offers clients several tools that show learning paths when onboarding new employees. Employees can get feedback from management or colleagues and set goals to track their personal development within the company. And through surveys, management learns how employees are doing. Clients regularly pay an amount for this, as is usual with a SaaS model. At Leapsome, this starts at six euros per employee per month. It is paid annually.

Together with the fresh capital and the new investor, they want to expand the platform, introduce new products and expand in the US market. To do this, Leapsome opens an office in New York, where Insight Partners is also based.

Kajetan von Armansperg and Jenny von Podewils originally wanted to open an office there in 2020, as they reveal in an interview, but then Corona got in the way. They then established Team USA in Berlin, where Leapsome is based.

Founders see the reason for their success without investors in their complementary founding team. “Jenny is a salesperson, I programmed when she was in school and I still do occasionally today. This allowed us to build and sell a product with a small team of founders and generate initial sales,” says von Armansperg, who helped establish the Zencap credit marketplace for Rocket Internet. And especially in the HR SaaS area, with many long-term contracts, you can reinvest sales and grow quickly.

Spotify and Mercedes Benz as clients

The duo won their first customer in four months, “after we brainstormed what our product should look like in my kitchen at the time,” says the founder. Initially, customers were looking for startups, but after two and a half years, Leapsome was able to win over audio giant Spotify, which had around 5,000 employees at the time, the founders say. Today, software developer Unity and car manufacturer Mercedes Benz are also among the customers.

With their software, the focus is always on the employee, according to the founders of Leapsome. This is the only way a company can attract and retain the best people. The HR segment that Leapsome is in is called Performance Management. Instead, however, the founders are trying to establish the term “people enablement.” The segment is gaining in importance as the proportion of millennials in the labor market increases, and they have high demands on their work, clear career ideas and want to develop further – , and According to the founders, the shortage of skilled workers in Germany is increasing and digitization is accelerating due to Covid.