“I can not!” – “The Bachelor” rejects (almost) the decision 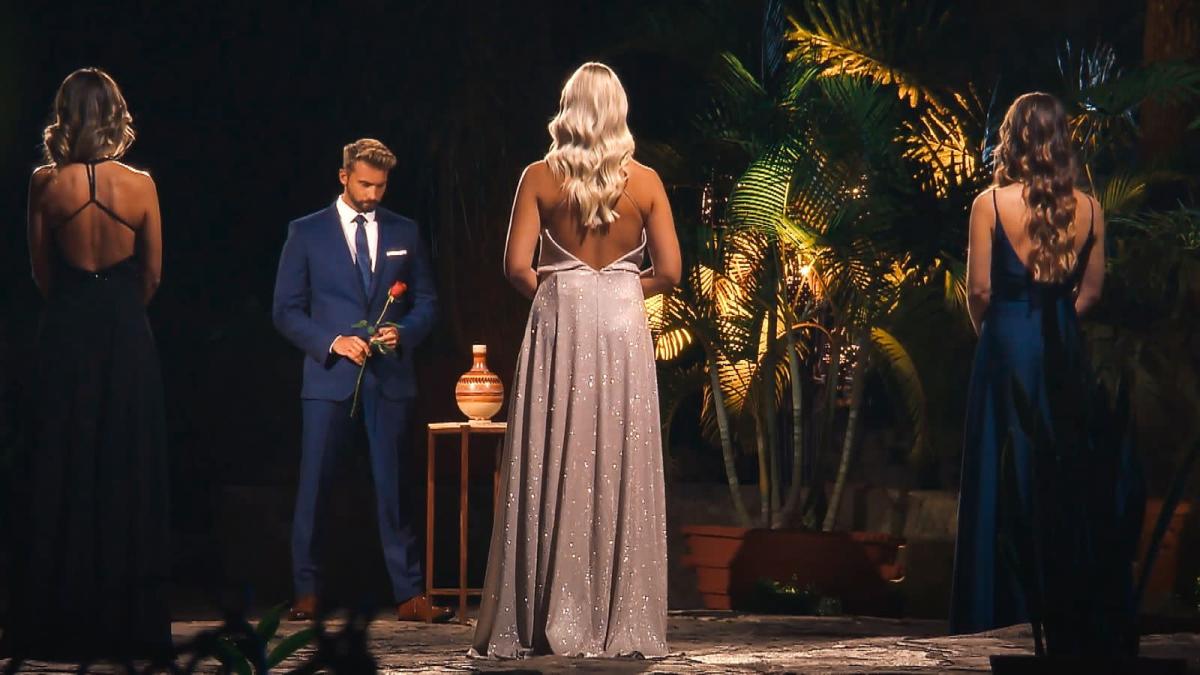 Semifinals in “Bachelor” – and he torments and writhes. “Where have I ended up?” In RTL. She opens her eyes when it comes to choosing a career or the longest decision in the world…

“This rose goes to…” Silence. N/A? Yes, who now? Dominic? The decision of the semifinals of the Night of the Roses could not be prolonged any longer. Mr. Stuckmann couldn’t get the name of the second and last finalist out of his mouth.

The “Bachelor” kept turning around nervously, almost as if he expected help from somewhere. Under the motto: Just take me away! “Where have I ended up?” and “Oh shit!” he finally he stuttered, instead of the name that everyone waited with so much anxiety and tension. “I really can’t!” he then admitted. “Pampered by choice” is not just an overused phrase.

“I turned off my head and my instincts and just focused on my heart!” He summed up shortly before the roses were delivered. Otherwise, she would have made a different decision. Three beautiful dream dates were left behind, but she didn’t really get any smarter. There is, for example, a hot air balloon flight with Nele. And the first night together in a fancy hotel suite.

“She says she’s a romantic. I haven’t figured that out yet,” Dominik complained at first. But the next morning it looked very different: “Nele did not shoot the arrow into my heart tonight, but in the right direction. We took a big step forward!”, the ‘Bachelor’ rejoiced. Among other things, Nele gave him a beautiful love letter. “There are already a lot of feelings for Nele now.” However, he is not in love. “But it won’t be long!”

A gentleman is silent and smiles.

He continued with the also quite reserved Anna. But then the phrase: “The facade is slowly crumbling!”, She admitted her, referring to her protective shield. Dominik understood and thanked her with a great compliment: “You really are the only one who makes my heart beat faster!” So everything is clear, right?

After the night together, Dominik’s smile was even wider: it was an “intense night with super nice conversations, intense hugs” – “and yes, what about that! A gentleman shut up and enjoy, okay?” The Hamburg resident, who was otherwise so cold, even had moist eyes: “It’s nice when you get the feeling that you’re being watched. I haven’t had that for a long time either!”

On Dreamdate number three, Dominik had the contrast show, because Jana-Maria is known to wear her heart on her sleeve: “I’m a little in love!” she burst into the whirlpool. “You said it beautifully, like a cannon shot!” the “Bachelor” rejoiced. If only I knew! Because she revealed the real extent of her feelings to the RTL cameras: “I’m in love, right, really bad, scarily bad in love! I really enjoy it because I haven’t been in love for so long!”

Meanwhile, Dominik desperately tried to find a catch for the 29-year-old: “I think she can hit the shit too!” She finally she predicted. “Arguing with her isn’t fun! I think she might freak out! I don’t want to argue with her either, I think I’ll lose!” Finally, the dilemma was complete, the “Bachelor” admitted: “I could never have imagined that he was in love with Jana-Maria!”

Good advice was expensive now. Grandma’s lucky charm didn’t help much on the night of the roses. “Having to hurt a woman, I’m not in the mood for that! It’s such an awkward situation!” But she had to go through that: “A woman will leave, a woman I have feelings for, a woman I will remember for a long time.” The first rose went to Anna. Dominik became more and more desperate: “I’m about to have a heart attack!” Who is next in the final: Nele or Jana-Maria?

“This rose goes to…” – Jana-Maria! What a difficult birth! Now he was out. And Nele? “To be honest, I’m surprised! I didn’t expect anything!” Typically Nele, though, she pulled herself together and granted Dominik one final conversation in private and with multiple cameras: she had thought about it all night. “At the end of the day I listened to my heart and it beat a little faster and stronger for the other two!”

The cold blonde remained calm: “I hope you made the right decision for yourself.” Her conclusion: “Of course I’m sad, but I also want a man who loves me. I don’t want to force anyone to be happy.” There was a bit of advice in directing “Bachelor”: “In the end I opened up,” Nele explained, “supposedly too late!”