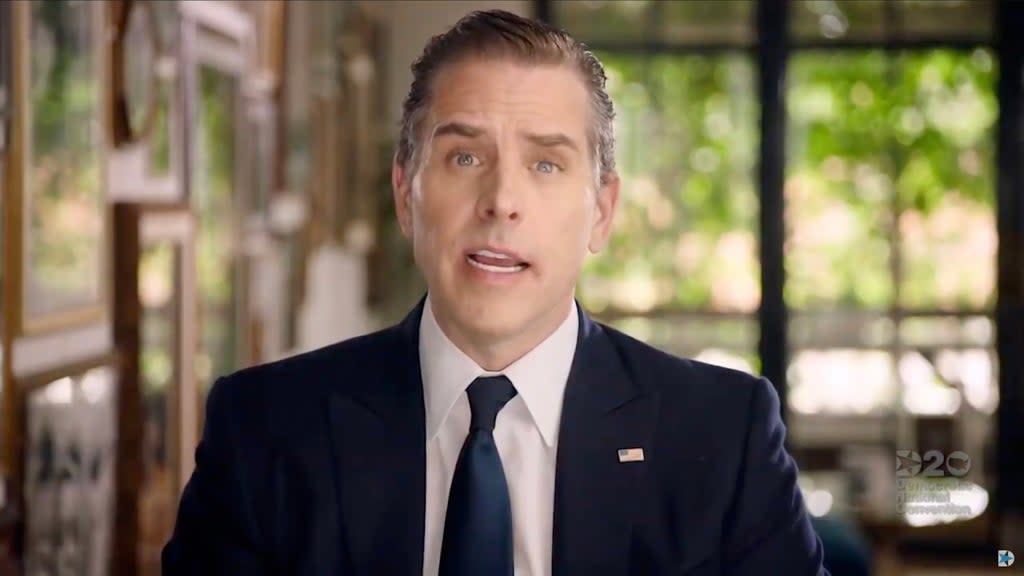 Russia has responded to the sanctions imposed by the US in retaliation for the war in Ukraine by imposing its own sanctions on several current and former senior US officials…and the president’s son, Hunter Biden.

It is not entirely clear what the Russian government hopes to achieve by sanctioning Biden.

While he was once a board member of Ukrainian natural gas producer Burisma Holdings until his four-year term expired in 2019, he is now an artist.

His time on the Burisma board of directors is the focus of an unsupported conspiracy theory popularized by former President Donald Trump and his supporters.

“In response to an unprecedented series of sanctions barring, among other things, senior Russian officials from entering the United States, as of March 15 of this year, the Russian ‘block list’ includes @JoeBiden, @SecBlinken and other US figures. on the basis of reciprocity,” the ministry said on Twitter.

The sanctions bar the named individuals from entering Russia and further measures are expected to follow.

Some on Twitter referred to the inclusion of Hunter Biden on the list as “sanctions trolling” and an attempt by the Kremlin to cause a stir in the right-wing media in the US.

Biden has long been the target of conservative accusations. In 2019, then-President Donald Trump pressured President Volodymyr Zelensky to publicly investigate the young Biden’s work at Burisma. But the intimidation backfired when an anonymous whistleblower revealed it to Congress, leading to Trump’s first indictment.

A year later, during the US presidential election, Trump allies released a host of embarrassing photos and documents about Biden’s past drug addictions, allegedly taken from his laptop.

That also backfired. Many journalists believed the story was not supported by enough sources or evidence, and it failed to gain traction outside of conservative circles.

In January, Donald Trump Jr was ridiculed on Twitter for suggesting that Hunter Biden is somehow responsible for the growing crisis in Ukraine.

“Will Hunter’s lucrative and shady AF dealings in the Ukraine ultimately lead us to war with Russia?” Trump tweeted.

He did not explain how Biden’s time on the Burisma board of directors and Russia’s growing military presence on the Ukrainian border at the time were connected.

In a separate development, the US State Department said it will release email records mentioning Biden to The New York Times after the publication sued, alleging the agency had failed to respond to FOIA requests in a timely manner.

the Times You want to see email correspondence between officials at the US embassy in Romania that mention Mr. Biden dated August 2015 to December 2019.

Journalist Kenneth Vogel also requested records mentioning Tony Bobulinski, a former business associate of Hunter Biden; Louis Freeh, the former FBI director who reportedly gave Biden a $100,000 gift; Rudy Giuliani, whom then-President Donald Trump sent to Europe to dig up Biden; Devin Archer, a former friend of Biden recently sentenced to a year in prison for a fraud scheme; and more than a dozen other people.