Hundreds of students from Madrid attend the VI Scholas Ciudadanía asking for appreciation beyond “one grade”. 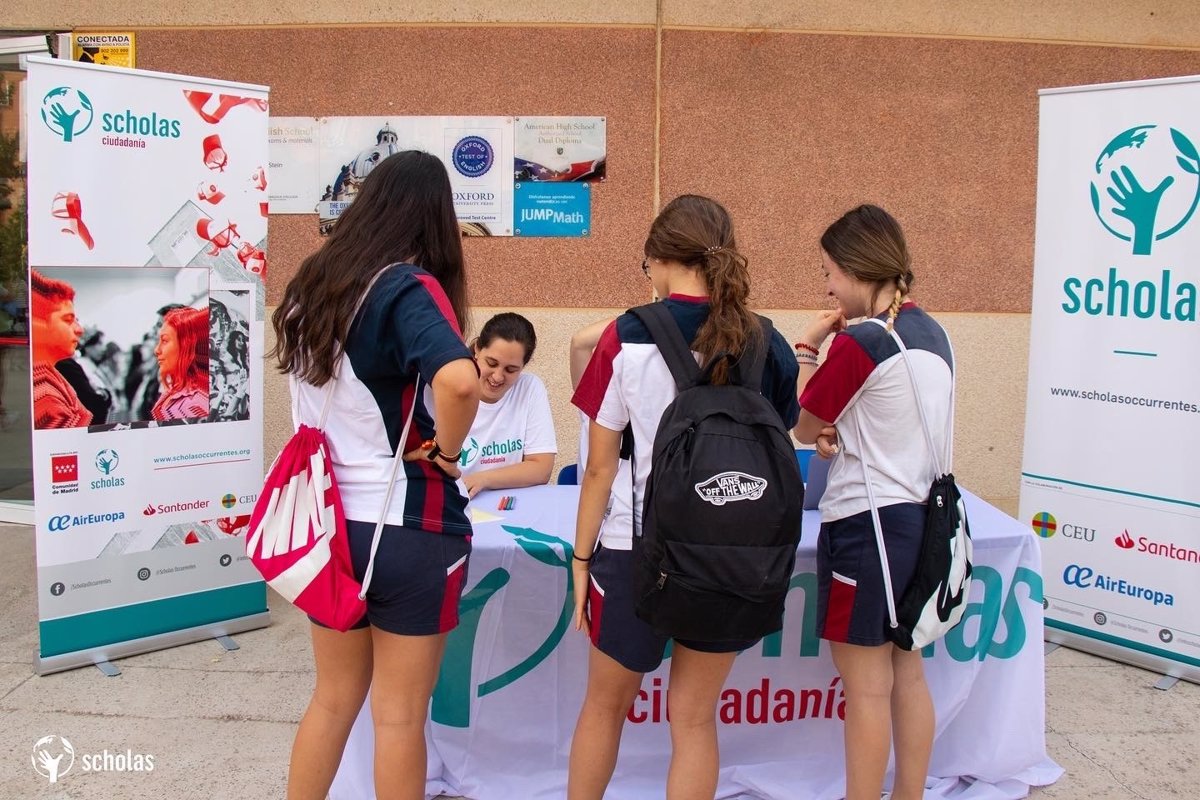 More than a hundred students from different educational centers in Madrid took part in the sixth edition of Scholas Ciudadanía Madrid, organized by the international educational movement Scholas Occurrentes, founded by Pope Francis, from June 15 to 22 and they asked for it, beyond appreciated to become “a note” in an exam or job.

“We are not a grade. We feel. We live. We hurt. We cry. We get emotional. We grow. We go through the difficulties of youth. We are the people behind a grade. The grade can be the result of an assessment, of a circumstance, of an issue. But it doesn’t define me,” was the message from the youngsters, Scholas said in a statement collected by Europa Press.

Representatives of young people presented their testimonies and their proposals at a dialogue table with authorities from the Ministry of Education and the Ministries of Education and Youth of the Autonomous Community of Madrid, as well as journalists and other leaders of the Catholic community. the Jewish community and other communities and civil society representatives to work towards the global compact on education proposed by Pope Francis.

At the end, the young people testified to their experiences, showed their artistic work and presented their conclusions and projects to guests, institutions and national and local authorities.

The student of the 1st Baccalaureate Alberto Carrasco, delegate representative of the students, has underlined that the problem of education “is also a political problem” and asks that the students have “voice and voice” and that the educational system changes positively beyond the ruling political party.

For her part, the teacher of the Colegio Nuestra Señora Del Pilar, Begoña Mate, highlighted the progress made by the students during the week of the Scholas Ciudadanía program.

“They themselves expressed that they learned a lot, that they laughed a lot, that they were happy and we as teachers were delighted and grateful for the opportunity to get to know our students in a different way, outside of the classroom and above all above reminds us that our vocation as teachers is an act of love and these days it has been possible to grasp it, because education means bringing out the best in young people with love,” he stressed.

During the closing, the adviser of the General Subdirectorate for Territorial Cooperation and Innovation of the Ministry of Education and Training, Martha Villabona, “took note of” all the requests from young people, particularly as regards a “training to know how to do it”.

“It’s a priority for the Department of Education, it’s what we call learning through skills, so young people have the skills to do things of daily life and from school or institute they teach you to solve these problems . I have listened to everything and I will point this out to the bosses so that they take note,” he assured.

The President of the International Education Movement Scholas Occurrentes, José María del Corral, has highlighted the commitments stemming from the Dialogue Table as the nucleus of the Global Education Pact and has asked the representative of the Ministry of Education to take note of this in order to teach in soft skills and in civic and democratic participation; and to the representatives of the Ministry of Education and Youth of the Community of Madrid, who can institutionalize the actions proposed by young people in relation to the educational system, emotional health and the prevention of bullying, another of the issues raised.

Finally, it was announced the launch of the “Human Rights Ideathon: SCHOLAS CIUDADANÍA” in collaboration with La Caixa Foundation, a virtual program for young people between 16 and 25 years old from different autonomous communities that will help them develop their solutions to social problems in the connection with human rights.