Hundreds of foreigners advance through Chiapas after closing the immigration office 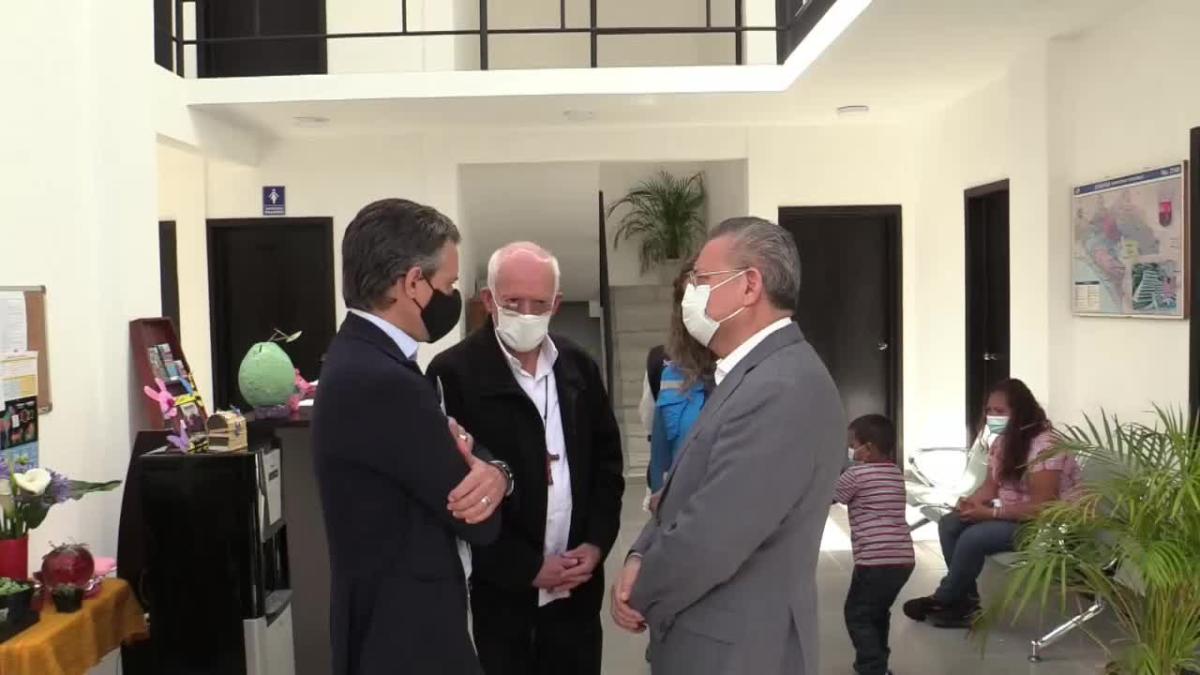 San Cristóbal de las Casas (Mexico), March 22 (EFE).- Hundreds of migrants have arrived in San Cristóbal de las Casas, in the southeastern Mexican state of Chiapas, in recent days, due to the sudden closure of the immigration regularization offices. from the border city of Tapachula following several altercations between foreigners and authorities.

“It’s very sad because they catch us, stop us and then we’re going to go back. I’m no longer asking for refuge because it’s too late, my goal was to take my grandson with his mother to the United States, who has been living for 3 years beyond,” Jacky Chacón told Efe.

The 55-year-old Honduran woman traveled from her country with her grandson, crossing Guatemala to Tapachula, Mexico, to request a card for humanitarian reasons that would allow her to travel freely and reach the United States.

However, the procedures were complicated in Tapachula due to what happened last week to travel to San Cristóbal de Las Casas, about 400 kilometers away.

In this municipality, she evaluated this Tuesday if she returned to Honduras or if she could still obtain some type of permit for her grandson and for herself.

This Friday, the National Institute of Migration (INM) announced that its services were suspended until further notice at the southern zone migration regularization office —located in the border city of Tapachula (Chiapas)—, due to the fact that hundreds of migrants They tried to enter the building violently.

This decision came after several clashes between a group of migrants and the authorities, where they broke into the INM headquarters in Tapachula, a city on the border with Guatemala where thousands of migrants have been stranded for weeks and even months.

According to Efe, this Tuesday Tapachula woke up in relative calm, although a group of some 200 migrants is evaluating whether they will leave in a caravan supported by activists during the week, while many others have already moved north.

A SHELTER TO GIVE SUPPORT

Coinciding with that of these centenarians of migrants in San Cristóbal de las Casas, and as a result of the migratory phenomenon that has been growing for a long time, several institutions inaugurated this Tuesday a shelter where they had been working for years to serve asylum seekers, refugees and foreigners.

The work was financed by the Migrant Pastoral Service (SEPAMI), belonging to the Diocese of San Cristóbal de Las Casas, and by the UN Refugee Agency (Acnur), and will be able to accommodate up to 100 people.

The Chiapas central corridor region is part of the route used by people who fled their countries due to violence or persecution, which is why UNHCR and its partners detect the need to strengthen the capacity in San Cristóbal de las Casas to house people in dignified and safe conditions, highlights the UN office in a statement.

He stressed that in Chiapas, according to the Mexican Commission for Aid to Refugees (Comar), 80% of asylum applications were obtained.

The SEPAMI shelter joins a network of very strong shelters in Mexico, which are the front line in the humanitarian response, Giovanni Lepri, UNHCR representative in Mexico, told Efe at the opening of the space.

During the event, Monsignor Rodrigo Aguilar Martínez, from the Diocese of San Cristóbal de las Casas, thanked all the actors for their efforts and the sum of their will to see this project become a reality.

“Despite the restrictions of the pandemic and the political restrictions, there have been migrants,” explained the ecclesiastic.

Martha Lizeth Álvarez Cruz, originally from Honduras, was one of the women who attended this shelter today. The 32-year-old woman is traveling with her two-year-old son.

With the support of SEPAMI, review of legal advice and have an interview with the immigration authorities in June.

“It’s boring and stressful waiting for the results. But I hope to get closer to the north to be in contact with my husband, who hasn’t seen his son for several years,” said the Honduran.

The region is experiencing a record flow to the United States, whose Customs and Border Protection (CBP) office detected more than 1.7 million undocumented immigrants on the border with Mexico in fiscal year 2021, which ended on September 30.

Mexico deported more than 114,000 foreigners in 2021, according to data from the country’s Ministry of the Interior.

The Mexican authorities have intercepted 73,034 foreigners with an irregular stay in the national territory between January 1 and March 8 of this year, according to a recent update from the INM.