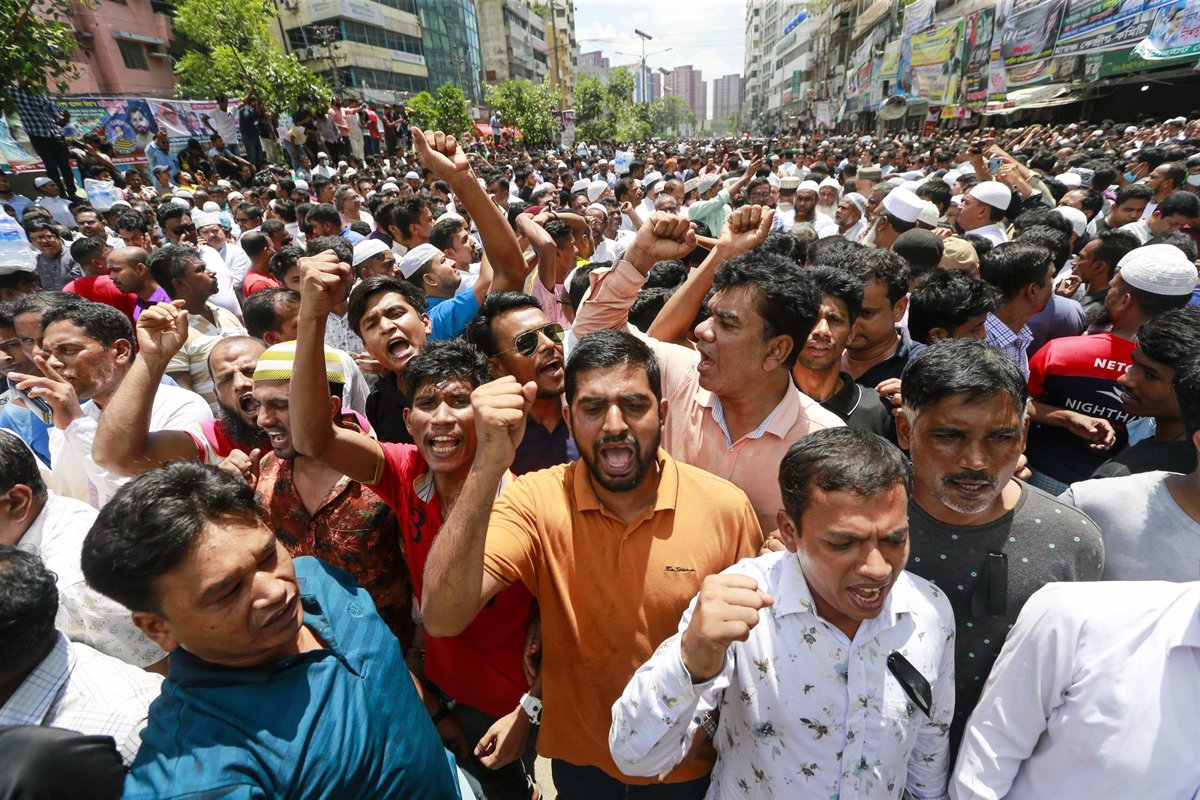 The NGO Human Rights Watch (HRW) on Wednesday called on the United Nations High Commissioner for Human Rights, Michele Bachelet, to publicly condemn the human rights abuses committed by the Bangladesh authorities during her next trip to Bangladesh.

Bachelet will visit the Asian country from August 14-18, a moment HRW believes opportune for the High Commissioner to publicly call for “an immediate end” to serious abuses, including extrajudicial executions, torture and enforced disappearances, by the authorities in the country .

According to the organization, hundreds of Bangladeshis have been subjected to enforced disappearance, torture and death since Prime Minister Sheikh Hasina’s government took office in 2009.

“Although Bangladesh’s security forces under successive governments have long committed gross human rights abuses, including torture and extrajudicial executions, enforced disappearances in particular have become a hallmark of the Hasina government for more than a decade,” the NGO detailed.

“High Commissioner Bachelet should encourage the Bangladesh government to set up an independent commission of inquiry to investigate all allegations of enforced disappearances, torture, extrajudicial executions and deaths in custody,” HRW said in a statement, asking Bachelet for her support in education to offer such a commission in consultation with the victims, their families and independent experts.

They also point out that the organization should make it clear to the government that “continued abuses by the security forces will endanger the use of Bangladeshi troops” in UN peacekeeping operations.

HRW’s statement comes at a time when Bangladesh’s civil society is increasingly under attack. The government has cut funding for many groups and has pressured human rights activists to stop their work, the NGO said.

“High Commissioner Bachelet must publicly stress to the Bangladesh authorities that the ongoing abuses by the security forces and the repression of civil society seriously threaten the free and fair national elections planned for 2023. The government has hampered the efforts of the main country’s opposition party to meet and organize ahead of the elections,” HRW said in the letter.

“When High Commissioner Bachelet visits Rohingya refugee camps, she should ensure that refugees can freely speak to her and demand protection of refugee rights without supervision by the Bangladeshi authorities,” he added, clarifying that “this is a crucial opportunity.” to “stop the further descent into authoritarianism of the Bangladesh government”.

Previous articleLabor warns delivery platforms ‘rider’ law must be ‘radically’ adhered to
Next articleKounde: ‘I’m at Barca but I want a starring role’