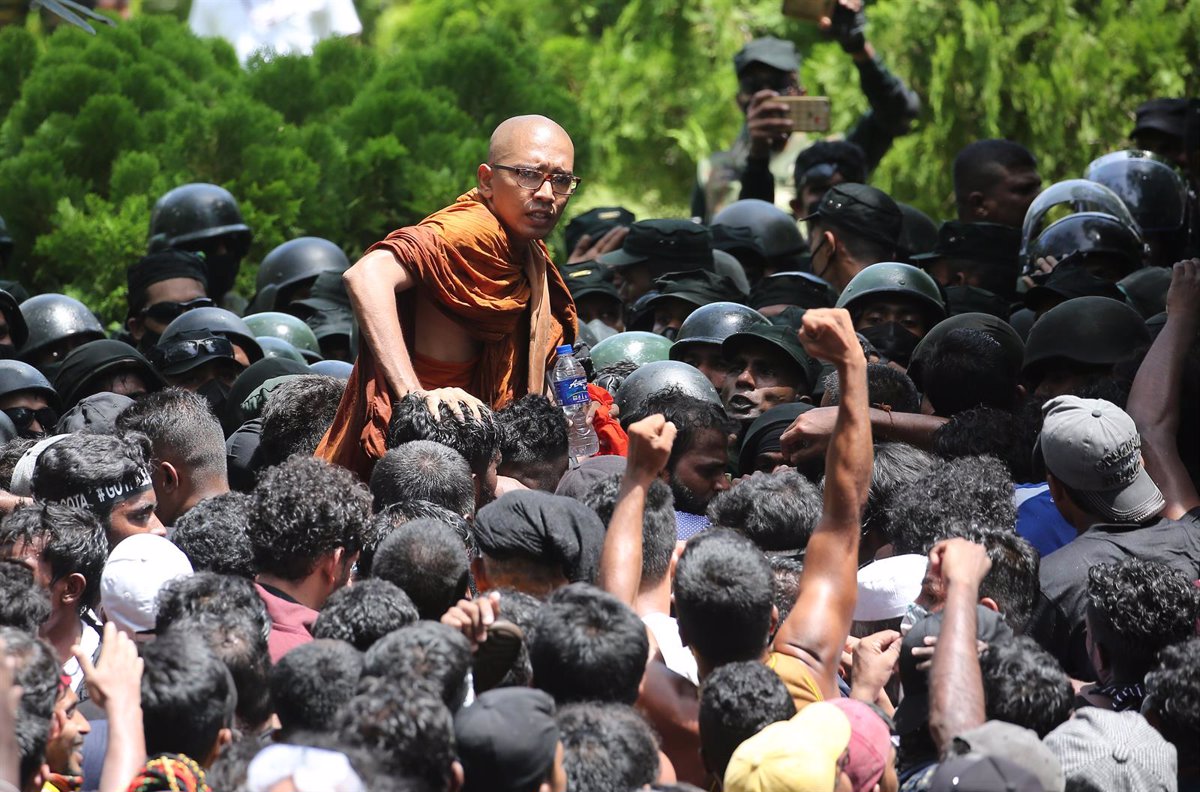 The NGO Human Rights Watch (HRW) this Friday called on the President of Sri Lanka, Ranil Wickremesinghe, to guarantee the human rights of the protesters after police dismantled the main anti-government protest camp in the city of Colombo this Friday in an operation in which at least a dozen people were arrested and fifty injured.

Ganguly believes this “action sends a dangerous message to the people of Sri Lanka that the new government intends to use brute force rather than the rule of law”.

HRM has stated that the Sri Lankan President “must immediately order the security forces to cease any unlawful use of force against protesters, release all those arbitrarily detained and properly investigate and prosecute those responsible for the abuses.”

Likewise, the NGO has asked international partners – both foreign governments and multilateral organizations – to promote the defense of human rights so that it is possible to “address the economic crisis in Sri Lanka”.

In fact, HRW has reminded the Asian country that “protection from torture, excessive use of force and other fundamental rights should never be violated,” although international law allows for the suspension of certain rights in emergency situations.

“Emergency powers can be used to arrest people without having to go through due process of law and have been used repeatedly in the past to allow human rights abuses,” the aforementioned NGO said.

“The urgent actions needed to meet the economic needs of the Sri Lankan people require a government that respects fundamental rights… Sri Lanka’s international partners must send a loud and clear message that they cannot support a government who tramples on the rights of her people,” said Ganguli.

The dismantling of the protest camp came less than 24 hours after Wickremesinghe took office, in a ceremony held the day after he was elected by Parliament.

Security forces had warned that protesters would be arrested under emergency laws if they confronted officers.

The tents erected in front of the Presidential Secretariat were dismantled in a joint action by the army, the police and the special forces of Sri Lanka.

Previous articleFor example, “aggressive tactics” are being used in developing countries to sell formula milk
Next articleObstacles for the successor to the 9 euro note