How this fintech convinced Andreessen Horowitz to invest in stealth mode 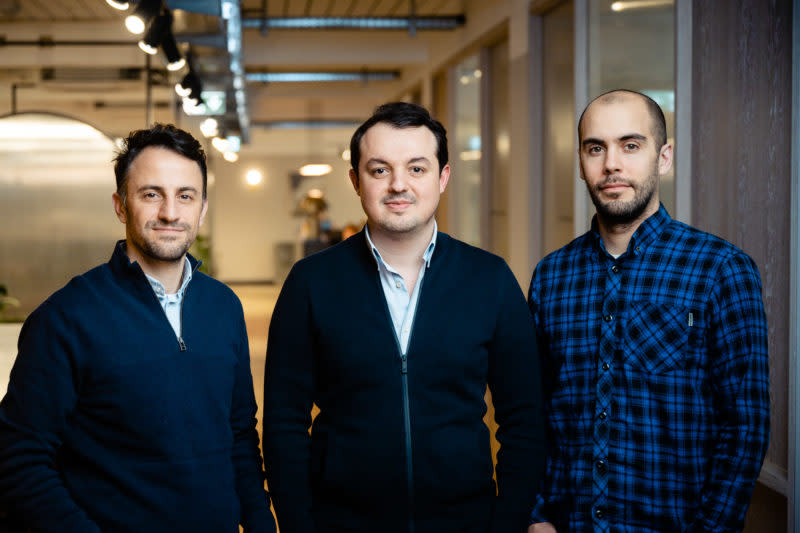 Berlin startup Payrails was only a few weeks old when founder Orkhan Abdullayev suddenly found a message in his mailbox from one of Silicon Valley’s top financiers. The former VP of Delivery Hero and two of his colleagues had just quit the Dax group and founded their own startup. His Fintech Payrails was still in stealth mode, only a few people knew about his plan to develop a modular principle for payment service providers, Abdullayev said in an interview with Gründerszene. “Andreessen Horowitz wrote to us on Linkedin because they heard about us. But I don’t know where either.”

He and his co-founders Emre Talay and Nicolas Thouzeau arranged a meeting with A16z, as the Andreessen Horowitz fund is also known. In the end, both parties agreed to participate. The VC scene, which made billions with portfolio sizes like Airbnb, Facebook and Slack, then led the Berlin fintech’s seed round. Payrails GmbH was entered in the commercial register in August, and the notarial appointment with the lenders was three months later.

Plus Point: The founding team worked together for years

For Andreessen Horowitz it is the second investment in a German founding team. In the summer of 2020, the fund acquired a stake in the artificial intelligence startup Rasa, which, however, had moved from Berlin to San Francisco a year earlier. Payrails is thus the first wallet company that is still based in Germany.

Andreessen Horowitz was not only convinced by the fintech idea, but above all by the founding team, says Abdullayev. The trio built a global payment system on Delivery Hero for four years, with Abdullayev most recently heading the field. Thouzeau was also previously CTO at various small Rocket Internet companies. The VC appreciated the fact that the developers had been working together for a long time and then also had a first-class employer, such as the food delivery service.

At the Dax group, Berliners ensured that transactions between customers and restaurant partners in more than 30 markets ran smoothly. They realized a problem: new interfaces must be created for each payment service provider that Delivery Hero cooperates with, be it Mastercard or Paypal, for each currency and each local payment application. There are separate tools for all these payment partners, and communication is tedious. His idea: a kind of modular system that can be used to bring together all payment service providers and technical infrastructure. They called it Payrails.

“The market is very fragmented,” explains CEO Abdullayev. “Previous solutions are often tailored to specific regions or the technology is quite rigid and leaves little flexibility for companies.” Payrails is a cloud-based software for corporate clients, which can be used to process all payment services, regardless of the country, in what currency and what payment methods. All with a single interface. Because all transactions are executed through software, businesses also get a live overview of their liquidity and payment flows.

The customers themselves decide which payment providers are connected to Payrails, but they still have to negotiate the contracts with the respective partners, such as Adyen and Visa, and continue to pay for them. Payrails then takes care of the additional infrastructure and communication. The startup is a kind of mediator, so to speak. The fintech retains a fixed fee for each transaction made through the portal. The CEO explains that there are normally several million orders per day per company.

Some tech companies are already testing Payrails in a pilot phase, he says. But he doesn’t want to name names. The business angels suggest that it could be Hellofresh and Flixbus. The market launch is scheduled for the second quarter. The team wants to have a handful of clients on board by the end of the year. The initial focus will be on food delivery services and fast trade, says Abdullayev; the trio have already gained experience with this. And that’s exactly what Andreessen Horowitz liked about the team.