How far can art go? 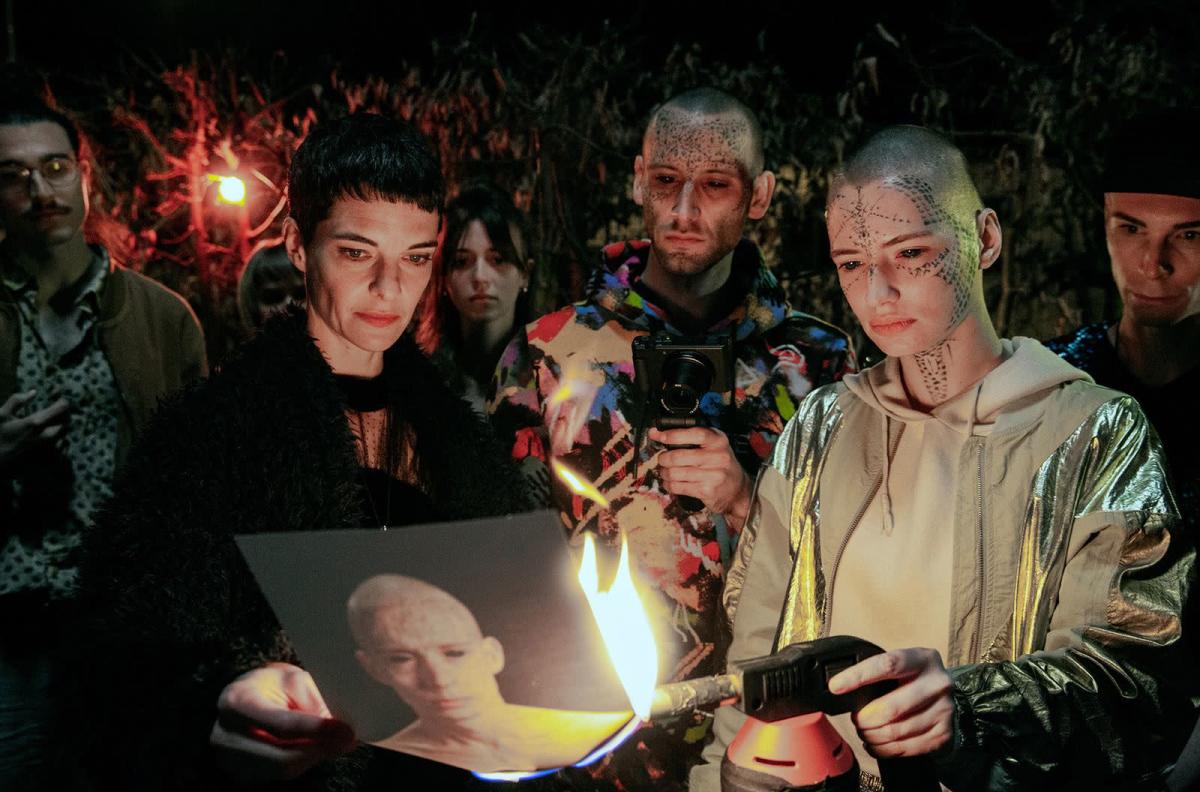 A strangely battered corpse baffled Zurich detectives: In the Swiss “Tatort: ​​Schattenkinder”, investigators were caught up in the grotesque attraction of an artists’ commune. Once again, they not only learned something about the case, but also a lot about themselves.

Anyone who wanted to draw a conclusion about the mood in Switzerland after the first episodes of the Swiss “crime scene” in Zurich should be well served with the following: between beautiful mountains, quaint little towns and general prosperity, things to Sometimes they are abysmal even in the Alpine Republic.

The 2020 premiere episode had already taken a comparatively ruthless look at social protests and police violence, and last year’s second thriller highlighted the downsides of Swiss wealth. And even if that daring political flip side, which was mainly due to director Viviane Andereggen, came to the fore less in the current case of the curator duo: Tessa Ott (Carol Schuler) and Isabelle Grandjean (Anna Pieri Zuercher) came back into the picture. in the “Tatort: ​​​​Schattenkinder”, this time directed by Christine Repond, in the gloomy corners of a depressing metropolis staged on Lake Zurich.

What was it about?

Zurich’s third “crime scene” once again offered all kinds of noir and thriller: in an abandoned industrial complex, the strangely disfigured corpse of Max Gessner (Vincent Furrer) hung from the ceiling, wrapped in a white cocoon. The dead man was found by his father, a renowned plastic surgeon (Imanuel Humm), after an anonymous complaint. His son, whom he hasn’t seen in years, was pretty battered all over his body, the bruises and facial tattoos were a mystery. Suddenly, one thing became clear to most viewers: completely dark tattooed eyeballs always provide the desired horror effect, including goosebumps.

While the investigators were still wondering if it was a ritual murder, they came across the last home of the dead man: a community of artists that resembled the creators of “Tatort” imagine such communities: dark performances, enigmatic dialogues, excessive parties, rituals. and of course a leader. The last one was Kyomi (Sarah Hostettler), who was certainly written in the script as “charismatic”, who edited and alienated her followers, who were described as “objects of art”, with whispered comments.

What was it really about?

On the one hand, the question of what art is and how far it is allowed to go: residents of the community, like the latest victim Max, often found their way to Kyomi after bad life experiences, who wanted to “help” them. , but they considered their bodies as material for this. Consequently, they shaved their heads, put on white robes, but also tattooed their faces and eyeballs. What hurt to watch was a disturbing program for the artist: “We have to connect with the pain,” said Kyomi. Her character focused on another big theme: it was about the seduction of young people and their shameless exploitation by so-called saviors. Art or sect, that was the question that also divided the researchers. again.

How did the investigators get along this time?

In the artists’ commune, the inspectors were again divided: traumatized people as objects who discard their names and faces and thus confront the suffering of their past – this “art” can be questioned aesthetically and morally, like Grandjean: “This woman disfigures young people for their personal success,” said the researcher, repelled by the endless pathos of the commune, which sometimes rubbed off on the mood of the film. That was the perfect fodder for the differences between the two, which had already been discussed in detail in the first two crime novels: “I find what he does interesting,” replied colleague Ott, who also played his role somewhat irritatingly off-screen. norm in the third crime novel.

The consequences of the shot that Ott had killed someone in the last episode also affected. It was in self-defense, internal investigations confirmed. But she hadn’t eaten it all yet: her suitability for the service had to be assessed by her colleagues, especially Grandjean (“Ott is impulsive”), who was again presented as a trustworthy figure kept in check. . “Nothing is kept private with the police,” Ott complained about the investigation. One can only hope that these fundamentally likeable characters will not remain in the wooden but comfortable corset of opposites in upcoming Zurich thrillers. After all: “The two inspectors are not only a team in front of the camera, but also behind it. They have sensitivity, courage and humor, which makes working with them very pleasant”, revealed the director of Repond about the shoot.

Can you really tattoo eyeballs?

As unpleasant as it may seem to some, tattooed eyeballs and people who voluntarily undergo this procedure really do exist. In what is known as “epescleral tattooing,” the tattoo ink is injected under the whites of the eye. About 40 points are needed to tattoo the entire white part of the eyeball. A painful process, with great risks: there is a risk of bleeding and other complications. Even if doctors warn against it, more and more people in the US are undergoing this form of body modification. By the way, the eyeball tattoo should not be confused with the cornea tattoo, which has medical purposes, such as covering scars.

What was the little island in Lake Zurich all about?

Especially towards the end, the Zurich “crime scene” was extremely exciting and exciting. This culminated in the grand finale, in which artist Kyomi retreated to an island with her “objects” or disciples to brutally draw attention to the fact that it was her father, the mysterious Konrad, who had once abused Max and now he is in prompted suicide. On the island in Lake Zurich, she wanted to set herself and others on fire, which ended up being comparatively light. However, the island to which she always took her father, as it turned out in hindsight, is not just any island: Schönenwirt, popularly known as “Inseli”, is located in the southern part of Lake Zurich. Just 72 by 42 meters in size, it is the third largest island in the lake, uninhabited and mainly used as a spa.

In the middle of the 19th century, the island did not belong to anyone: several individuals tried to buy it. In 1848 it was auctioned for 100 francs, the only bidder being the municipality of Richterswil. Later an infrastructure of baths was created; today the only buildings in Schönenwirt are men’s bathhouses from the late 19th century, as well as a fireplace. The island can still only be reached by private boat or by swimming. Fun fact: When the lake froze over in 1929, 1946 and 1963, you could also walk to Schönenwirt. At that time there was even an inn on the island operated by the Association of Tourists and Inns.

What’s next for the Zurich “crime scene”?

The real star of the episode turned out to be the melancholy of a city kissed by fate, who will probably show up from a different side in the future. It was important to her “to make Zurich more visible and a little more unusual,” says director Repond, who staged her first “crime scene” after two hit movies with “Schattenkinder.” The native of Basel and Munich by choice is also responsible for the upcoming Swiss “crime scene”. Announced for Fall 2022 under the title “Risks with Side Effects,” Grandjean and Ott investigate the case of a murdered lawyer who was advising a pharmaceutical company on the launch of a new drug. Zurich and Switzerland still have some abysses to offer, that’s for sure.