How did Russia’s missiles get close to Biden? …Ukrainian Lviv under fire 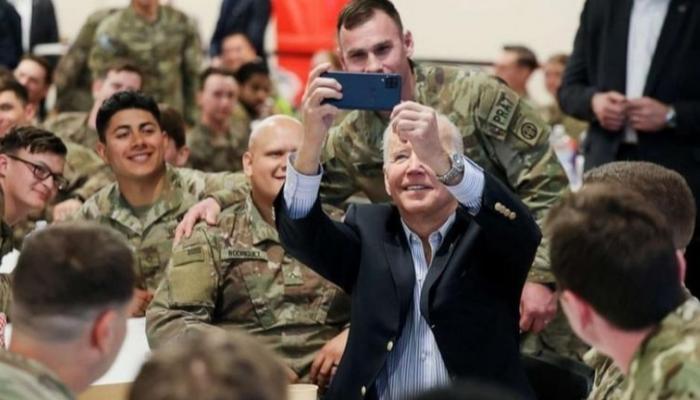 As US President Joe Biden shook hands with top Polish officials on Saturday, Russian missiles rained down on the western Ukrainian city of Lviv.

Identical statements by Russia and Ukraine continued at night about the heavy bombing of the city of Lviv, near the border with Poland. Biden visited the Polish city of Rzesso, located 80 km from the border with Ukraine, in a maneuver which comes at a time when he seeks to highlight the firm Western position against the Russian advance in the Ukraine region.

And the American president met with his Polish counterpart, Andrzej Duda, in Warsaw, where he stressed that the United States considers the fifth article of the North Atlantic Treaty on mutual defense a “sacred duty”.

But when Biden had left Ukraine’s borders for the Polish city of Warsaw, Russian forces launched more missiles on the city of Lviv, as part of their attack on Ukraine, which exceeded the entire month by three days.

The kyiv authorities did not hide that the intensification of the fire on Lviv is linked to Biden’s visit to neighboring Poland, where the Ukrainian Air Force Command claimed, because the American president “was 10 minutes away from the flight of a missile Russian that landed in Lviv”. , while the head of the White House ate pizza with his country’s soldiers at a military base in Poland.

The mayor of the city of Lviv announced that the Russian army targeted the vicinity of the city’s airport on Friday morning and then returned on Saturday to say that the missiles that attacked our city were launched from the Sevastopol region of Crimea.

The Russian Defense Ministry confirmed, in its latest data, on Sunday, the destruction of a large fuel base with high-precision weapons near the city of Lviv, in western Ukraine.