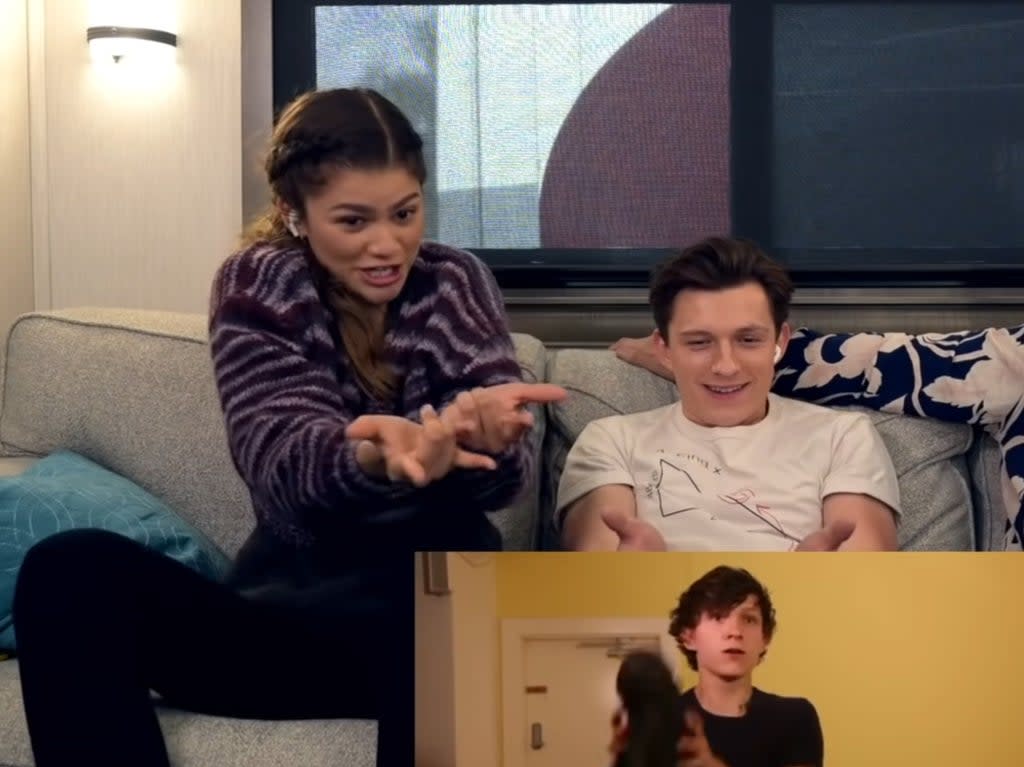 Part of the cast of Marvel’s Spiderman: no way home have reacted to their initial auditions for the franchise.

Tom Holland, Zendaya and Jacob Batalon sat down for a new video where they watched each other’s auditions.

Holland plays Peter Parker, aka Spider-Man, in the hit superhero franchise, while Zendaya and Batalon play his friends MJ and Ned.

In Holland’s audition clip, which preceded the actor’s role in Captain America: Civil Warhe can be seen doing a backflip.

All three actors are seen bursting into hysteria at Holland’s audition, while Batalon appears on his audition tape with a completely shaved head.

Zendaya then gets the most praise from her co-stars, with Holland commenting, “This is really good.”

“This is a very good audition tape,” agreed Batalon.

The full video can be viewed here. no way home is available to buy digitally now.

The original image shows two Spider-Man characters pointing at each other as they each claim to be the “real” Spider-Man.

On Wednesday, February 23, the official pages of Marvel and Spider-Man published the image of the actors in the same positions shown in the animation.