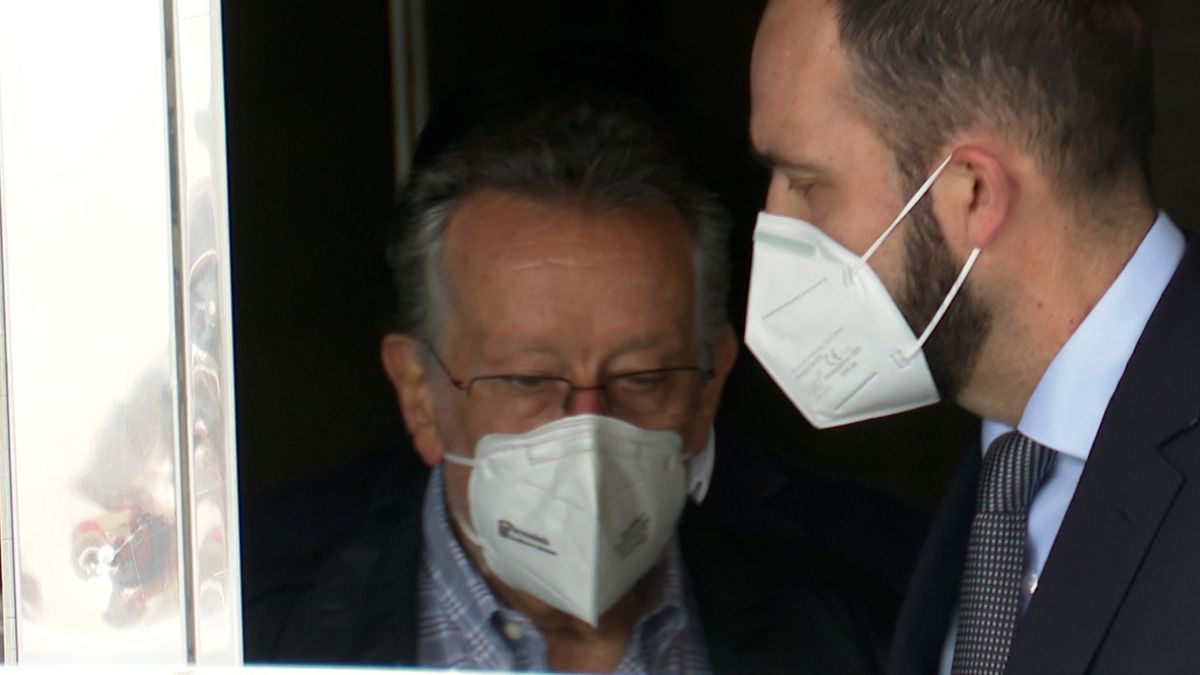 Developer Jaime Febrer, one of the prime suspects in the bribery plot in Valencian town halls dismantled in the Azud operation, resorted to a convoluted ruse to allegedly give a luxury apartment to whoever was vice mayor of Valencia and municipal factotum until 2015 . the popular Alfonso Grau, according to the documents to which EL PAÍS had access.

The businessman bought for Grau in February 2004 – when the conservative president was already the right-hand man of then-mayor Rita Barberá – a central 150-meter house in the luxurious area of ​​Plaza Porta de la Mar in Valencia. And to pay for the property, worth 360,607 euros, he signed a private contract with the four sellers of the apartment, who promised in writing that they would give him the keys to the house and make the operation public within a maximum period of one month and a half.

Three weeks later, before a notary in Valencia, the popular president sealed the purchase contract for a property with the same cadastral reference and for an amount identical to that contained in the private contract. However, in this last document, Febrer no longer appears as the purchaser of the property, but as the leader of the PP at the time. The builder had disappeared from a deed ensuring that the buyer (Grau) paid for the apartment before the notarial procedure.

“The seller admits that he received the corresponding amount (360,607 euros) from the buyer before this act, for which a payment notice is issued and he is obliged by law to settle it,” the document says. A document sealed March 12, 2004, which did not refer to the previous private contract between the sellers and Febrer.

Agents from the Guardia Civil’s Central Operative Unit (UCO) confiscated the private purchase contract and notarial deed during a search of Grau’s apartment in Porta de la Mar last year. Along with these documents, investigators also took a budget for the facility of the dining room and office of the house (47,663 euros) and a project to carry out a masonry reform on the councilor’s floor (99,134 euros), carried out by a contractor of the Valencia City Council, the summary states.

The Azud conspiracy reveals a typical pattern of municipal corruption from the brick boom years. The genesis of this network lies in the role of businessmen like Febrer, who are said to have showered community leaders with gifts — bottles of wine, luxury pens, exclusive suitcases, ham — cash bribes and rocks in exchange for millionaire bounty for their company, Construcciones Valencia Constitución SL The Azud case collects five secret pieces and investigates the alleged crimes such as subterfuge, bribery, false documents, money laundering, influence trading, illegal association and criminal association.

This newspaper has unsuccessfully tried to get the version of the four sellers of the property, who got rid of a property from an inheritance. EL PAÍS was also unable to get the opinion of Febrer, the developer who allegedly provided the political mastermind of the Barberá mandates with a house in a privileged area of ​​the city, on the transaction. “He doesn’t want to talk,” says the entrepreneur’s lawyer, Manuel Mata.

Grau, 81, also avoids describing the operation that allowed him to become the owner of his home in March 2004. “I will not say anything. I bought the apartment. How can it be that you have documents that I don’t have? Why are they being filtered?

Valencia’s Reference Court Number 13, which is investigating the case, jailed Grau last year for allegedly taking bribes of up to two million euros from this network, which is investigating how contractors from various municipalities in the Valencian Community were bribed with more than sent seven million to politicians in exchange for awards between 1999 and 2013.

The former deputy mayor has been provisionally released after nearly six months in prison. And it faces other fronts in the courts. Against gray is determined by the so-called imelsa case, investigating the alleged funding of the 2007 and 2011 municipal campaigns of the Valencian PP.

In addition, the former leader was sentenced to four years in prison in 2019 for accepting luxury watches worth 25,000 euros from a consistory entrepreneur, exchanging them for more expensive ones and paying the difference. However, the Supreme Court freed him from prison last May, acquitting him of the crime of money laundering and reducing his sentence on the matter to nine months, baptized as case clocks.

Febrer, who is free from charges, spent five months in the Picassent prison in Valencia last year on the case.

Along with Grau, the Guardia Civil arrested more than 20 people for their alleged connection to the bribery scheme. The list of people investigated includes a daughter of the former deputy mayor of Valencia; former Deputy Government Delegate Rafael Rubio (PSPV); the former head of the legal department of the public company Divalterra, José Luis Vera; and the popular ex-mayor of Xixona Rosá María Verdú, who allegedly raised half a million euros through a shell company to benefit the network in an urban development operation to build a housing development with a golf course.

Lawyer José María Corbín, married to one of Barberá’s sisters and her chief of staff, was another key figure in the structure. The lawyer billed up to €602,156 in bogus contracts (80% of his income) to companies that later received contracts from the Valencia Municipality. Corbín was the culprit of the plot, according to investigators.