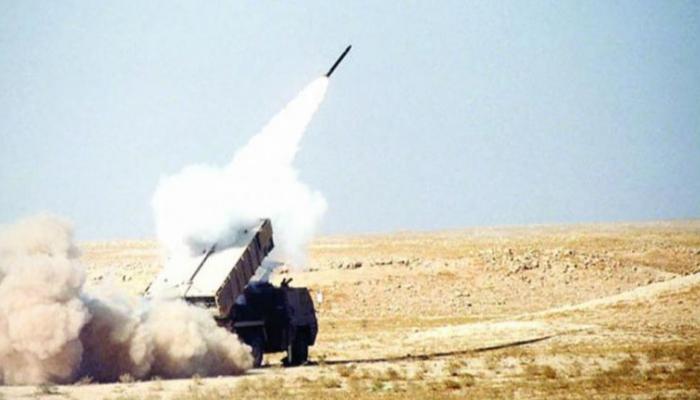 The dual attacks by the Houthi militia in Saudi Arabia once again revealed the extent of the danger of Iran’s missiles and demonstrations, and its squandering of chances for peace and calm in Yemen.

Hostile attacks on civilian targets in Saudi Arabia not only reveal the Houthis’ position on the call for consultations and comprehensive peace initiatives, but also testify to the continuing massive flow of Iranian weapons to these terrorist militias, who are heading into Yemen to bloodier options.

The Arab Coalition to Support Legitimacy in Yemen announced, in the early hours of this Sunday, the interception of a series of double Houthi attacks, which were carried out by the militias with several Iranian cruise missiles and drones loaded with explosives towards Saudi territory.

The Iranian-backed Houthi militia ignores all international calls to stop military escalation and engage in serious consultations to end the suffering of Yemenis as a result of the coup and proxy wars by the Houthis in favor of the Iranian regime.

In its hostile attacks, the Houthi terrorist militia deliberately targets civilian and economic objects protected by international humanitarian law and its customary norms, as part of its approach of rejecting all international efforts and initiatives for a political solution, using missiles and aircraft Iranians.

According to the head of the Happy Yemen Tribes Alliance, Brigadier General Faisal Al-Sha’ari, the Iranian missiles and drones used by the Houthi militia “were not available before the coup in the arsenal of the former Yemeni army, but were found afterwards. operations to end the coup to restore the Yemeni state”.

Al-Sha’ari condemned the Houthi militia’s attacks against Saudi Arabia at a time when the Kingdom wishes to support all opportunities for peace, stressing the need to exert a lot of international pressure on the Houthi militia to force it to enter into talks under the auspices of the United Nations to achieve peace in Yemen and end the war.

Speaking to Al-Ain Al-Akhbar, Brigadier General Al-Sha’ari said that “the Iranian regime provided the Houthi militia with these missiles to squander the chances of peace in a way that goes beyond all international resolutions.” and violates the embargo resolutions issued”. by the UN Security Council”.

The Yemeni official added that despite the ban placed on the Houthi militia, Iran has shown that it has many ways and means through which it can smuggle such missiles and other military equipment, including drones, ballistic missiles, night vision goggles, communication and all the military. equipment.

Al-Sha’ari cited the missile shipment recently seized in the Yemeni port of Shahn and said that “Iran deliberately provided its militias in Yemen with such missiles and experts to give them a difference in theater and develop their defensive capability.” “. and offensive capabilities, regardless of the consequences of what the militias do in terms of attacking civilians or attacking civilian facilities. “As happened with the attacks against Saudi Arabia.”

He explained that the Houthi militia is not the first to obtain these weapons, as all Iranian militias in the region have also obtained them, such as the Popular Mobilization Forces in Iraq, the Levant Army in Syria, Hezbollah in Lebanon and Hamas in Gaza, and this is what makes Iran involved in supporting terrorism and chaos in many areas, States and in the sight of the international community and the United Nations system.

To achieve peace in Yemen, Al-Sha’ari believes that the necessary sanctions must first be imposed on Iran to provide Houthi militias with these weapons and capabilities, as a flagrant violation of international embargo resolutions, indicating that Yemen will enter a new chapter of the Houthi war after blowing up chances for peace.

The significant escalation of Houthi terrorist attacks against many targets in Saudi Arabia, most of them belonging to Aramco and civilian sites using various missiles and types of marches, reflects the Houthi militia’s utter refusal of peace and its inability to make a decision. away from Iranian interests. , in addition to being a bloodthirsty group that feeds on the remains of war.

According to the spokesman for the joint forces on the west coast of Yemen, Colonel Waddah Al-Dubaish, despite the toughening of the decision to ban arming the Houthi militias, the missile and aircraft attacks by the militias set a very dangerous precedent. in light of the situation in Yemen, especially with the peace consultations and the invitation of the Secretary General of the Gulf Cooperation Council.

The military spokesman for the joint forces on the west coast told Al-Ain Al-Akhbar that “Iran is permanently and largely determined to smuggle various types of high-quality and very dangerous weapons launched by the Houthi militia into Saudi Arabia. and the United Arab Emirates or in internal attacks as part of a dangerous initiative and a bold move in front of the eyes and ears of the world”.

Al-Dubaish pointed out that the attacks by the Houthi militias simultaneously with the call for peace in the Gulf and the UN consultations are “a step that was not the first and will not be the last if Iran is not pressured and the tougher sanctions on Iran for its continued supply of these terrorist militias with weapons of death that threaten neighboring countries and kill the Yemeni people.”

The military official revealed that Iran has a special smuggling unit in the Iranian Revolutionary Guards that is in charge of transferring weapons to its militias in the region, especially the Houthi militia, and carries out the process of camouflage and concealment by land and sea ​​through a complex and multinational smuggling network in which even fishermen participate.