Housing, decent employment, leisure time, education or health are concerns that more than 60 young people have expressed to politicians 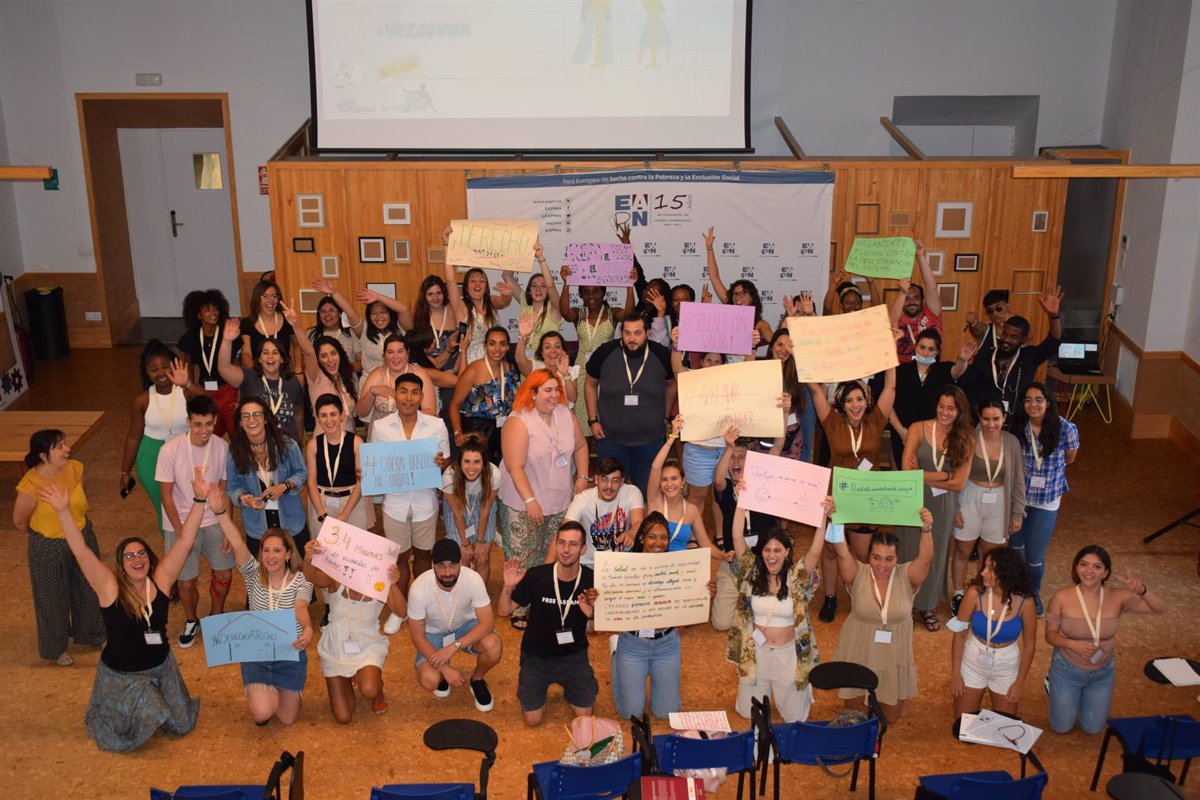 More than 60 young people in a situation of social vulnerability (between 18 and 35 years old) from 16 autonomous communities took part in the State Meeting of Structured Dialogue with the aim, together with representatives of public administrations, political decision-makers and experts in youth policy and other societal actors .

The meeting, organized by the European Network to Combat Poverty and Social Exclusion in the Spanish State (EAPN-ES), took place on July 4th and 5th at the Colegio Mayor Miguel Antonio Caro in Madrid.

Before the meeting, the workshop “Open Administration, Innovation and Youth Participation” was held in the same facilities, organized by the EAPN-ES in collaboration with the Third Sector Platform under the Cooperation Agreement signed with the Ministry of Finance Public Function for the Inclusive Communication of Open government.

Housing, access to decent employment or the opportunity to participate in leisure, education or health activities are some of the concerns expressed by young people during the event.

During her speech, the President of the Spanish Youth Council, María Teresa Pérez, stressed the importance of young people’s participation: “In youth there is nothing more valuable than making the decision to become part of an institution or association, to try to improve ours to improve the quality of life and of the other people we live with”.

The second day started with a meeting with young activists from different groups, moderated by the Vice-President of the Spanish Youth Council, Margarita del Cisne. “In the face of the criminalization and frustration of the current scenario, I want to appreciate the youth who are at the forefront of the fight for the climate or the feminist struggle,” emphasized del Cisne.

The mobilization against the effects of climate change was represented by Valeria Riaza from Youth for Climate, who defended the plurality in the group: “The more diversity there is in the environmental movement, the more opportunities there are to live on a decent planet.”

Access to decent housing is one of the upcoming challenges for young people, as Beatriz Duro, lawyer for the Platform for Mortgage Victims, recalled in her speech for which “Housing is treated as a market good and not as a right.

Okba Mohammad from media company Baynana spoke about the treatment of migration in traditional media and the importance of creating other narratives. “We are working to convey the true picture of migrants and refugees and the difficulties they are suffering,” said the young journalist in his speech.

Martino Correggiari of Riders x Rights, a work collective with a large presence of young people, was also on the podium. “Activism is not just a demonstration or a protest, it also demands public policies and alternative proposals,” Correggiari commented, referring to La Pájara Ciclomensajería, the cooperative that several horsemen founded in Madrid to guarantee the labor rights of these workers.

For his part, Nico Hernández of Orgullo Loco Madrid has defended the need for social change to prevent the increase in over-medicated psychiatric people: “Psychiatrization robs you of your voice and won’t leave you alone.”

Finally, representatives of some political parties represented in the Cortes Generales listened to the young participants’ suggestions regarding the youth activities of their programmes.

In this context of post-pandemic recovery and within the framework of the European Year of Youth, EAPN-ES places particular emphasis on the “genuine and necessary” participation of young people facing greater difficulties in democratic life, so that social and political advocacy can maintain a more precise impact with a view to combating poverty and social exclusion.