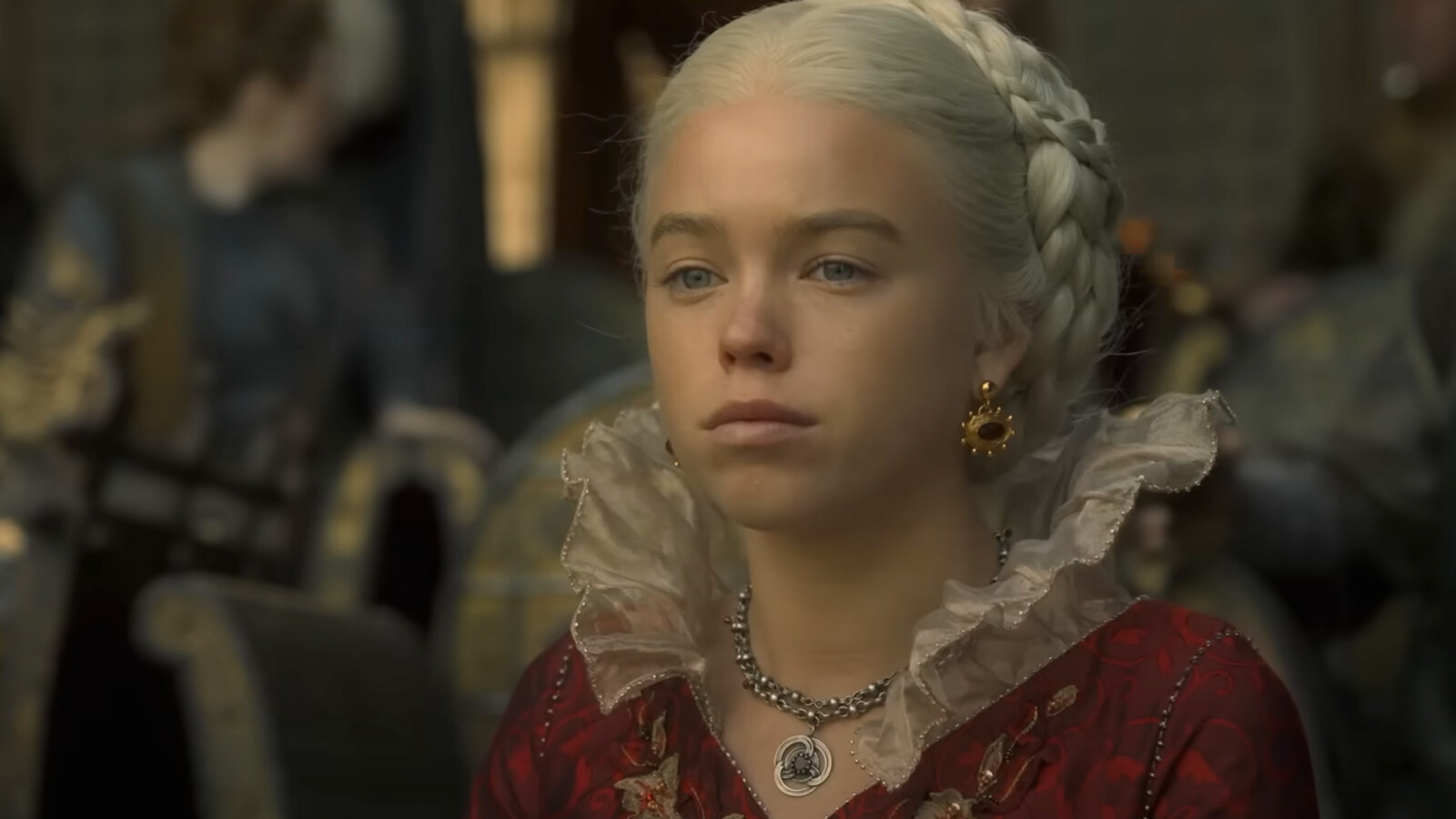 The “Game of Thrones” series “House of the Dragon” will debut in the summer of 2022 on the American broadcaster HBO and in Germany on Sky. The series follows the reign of House Targaryen some 300 years before the GoT finale. The spin-off is based on the book “Fire and Blood” by George RR Martin and deals in particular with “Dance of the Dragons”.

1. The History of House Targaryen

The Targaryens are from Valyria, the capital of the Free State of Valyrian. Over 5,000 years ago, the Valyrians lived as simple shepherds until they discovered dragons in the volcanic range known as ”Fourteen Flames”. They tamed dragons and used them to expand the Valyrian Freehold, occupying more than half of the known world.

One of the greatest houses in the Free State, the Targaryens settled on the island of Dragonstone. Being far from Valyria, the Targaryens were unharmed when the Valyrian Freehold fell. Now they were the last great house in Valyria to have dragons.

With the help of their dangerous dragons and well-trained armies, they conquered almost the entire continent of Westeros and united the fragmented kingdoms. Aegon I Targaryen became the first ruler of this new empire, which would remain in Targaryen hands for three centuries.

After the death of Targaryen ruler Viserys I, the 5th Targaryen King, a conflict arose between his children Rhaenyra Targaryen and Aegon II over the Iron Throne. Before Aegon was born, the king was grooming his daughter Rhaenyra to rule Westeros. Aegon II Targaryen is then from Viserys’ second marriage to Alicent Hightower. After his father’s death, a dispute arose over the Iron Throne, which led to the “Dance of the Dragons”.

As both sides had dragons, fierce battles broke out that destroyed entire regions. Eventually, Aegon II managed to capture his sister and feed her to his own dragon. But with Rhaenyra’s death, the War of the Seven Kingdoms was not over. Her son, Aegon III, avenged his mother and after Aegon II fell in battle, he ascended the throne. As Aegon II had no children, this led to the end of the war.

Many dragons died during the war. The remaining dragons were too small and unable to ensure the survival of their race. The last dragon known as Dragonbane lived and died during the reign of Aegon III, the last of his kind.

The Targaryen crest features a red three-headed dragon. This represents the Targaryens’ ability to ride dragons. It was only through the power the dragons bestowed upon them that they were able to conquer almost all of Westeros.

“House of the Dragon” features many family members of House Targaryen. In addition to Daenerys, unseen characters also play an important role in “Game of Thrones”. Introducing the Targaryen family.

5. The seat of House Targaryen is Dragonstone

The Targaryens’ headquarters before they lived in King’s Landing was Dragonstone. Dragonstone is a mighty fortress located in Blackwater Bay. Its walls are made of intricate Valyrian stone carvings and have stood the test of time.

Due to its isolated position on an island, the fortress is considered impregnable. Even a small garrison is enough to successfully defend the large fortress.

Several centuries after Aegon the Conqueror, Aerys II came to power. He was the son of Aegon V. As usual among the Targaryens, he married his sister and had three children by her: Daenerys, Rhaegar and Viserys. Aerys II was known for his mood swings and delusional fantasies.

Rhaegar was killed in battle by Robert Baratheon, Viserys and Daenerys fled to Essos with their mother. Aerys II, the Mad King, told his arsonist to set the city on fire. Throughout his reign, Aerys had countless barrels of forest fire crafted and stored beneath the city. He believed he could turn into a dragon with fire and free the whole world.

Jaime Lannister, then a member of the Kingsguard under Aerys, would not allow King’s Landing to be destroyed. He murdered his king from behind and also stopped the arsonist from starting the forest fire.

At the end of the war, House Targaryen was ousted from the Iron Throne and House Baratheon took their place.

6. In “Game of Thrones”, House Targaryen returns to power

Aerys’ surviving children, Daenerys and Viserys, escaped to Essos unharmed. There they tried together to reclaim the throne. However, Viserys turned out to be just as mad as his father and was killed by Daenerys’ husband Khal Drogo.

It took Daenerys a long time to command an army, vassals, and dragons. She sailed to Westeros with the Iron Fleet and their mighty army to assert her claim to the throne.

Next to him is Tyrion Lannister. As “Hand of the Queen”, he advises her on strategic decisions and supports her in all situations. In Dragonstone, Daenerys forms an alliance with Jon Snow.

They fight together against the threat from the north. In return, Jon Snow, proclaimed King in the North by the Northmen, swears allegiance to House Targaryen. At this point, only Bran and Sam know who Jon Snow’s real parents are.

In the third episode of GoT Season 8 titled “The Long Night”, there is a fight against the White Walkers. There are many casualties and many characters die in battle. In the end, Arya Stark manages to kill the Night King at the Battle of Winterfell. With this, she ends the Second Long Night and wipes out all of the White Walkers and Revenants.

After defeating the Night King, Daenerys takes on King’s Landing. She attacks King’s Landing with her dragon and completely destroys the city. Like her father, she seems to be going crazy. To avoid further damage, Jon Snow kills his beloved. When Daenerys’ dragon Drogon realizes her mother is dead, he melts the Iron Throne, grabs the dead Daenerys, and flies away with her.

Jon Snow is sentenced to serve the rest of his life in the Night’s Watch. He is the last living Targaryens and Dragon Riders of Westeros.

US broadcaster HBO has now announced that it is planning a ‘Game of Thrones’ spin-off about Jon Snow. Not much is known about the spin-off series so far, except that series star Kit Harington will be reprising the role of Jon Snow. The Targaryen family stories don’t end with the GoT finale.