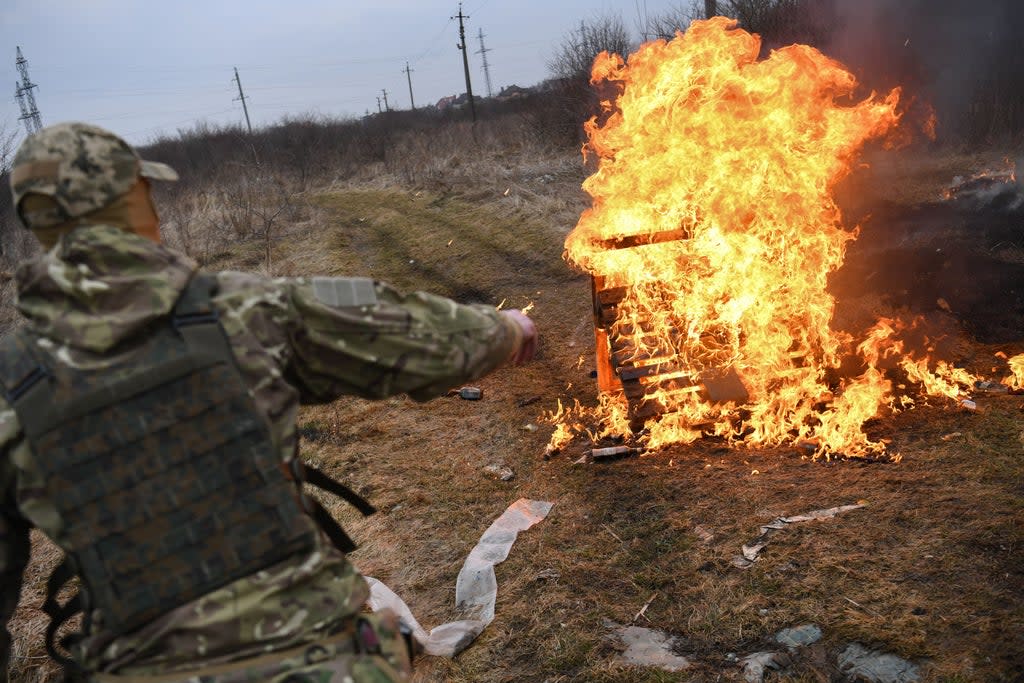 Ukraine claimed Saturday that more than 14,400 Russian soldiers have been killed in the war between the two countries so far, just hours after Russian President Vladimir Putin staged a massive flag-waving rally in Moscow to back his invasion of Ukraine. course.

Russian combat losses in Ukraine from February 24, when the invasion began, to March 19 included “about 14,400 people,” according to the General Staff of the Ukrainian Armed Forces. Previous updates issued by the same official social media account confirm that Ukraine believes that these personnel were killed.

In a post shared on Facebook, the Ukrainian military command also claimed that Russia also lost more than 450 tanks and 1,450 armored vehicles.

He added that Russia has lost around 95 planes and 115 helicopters since the conflict began late last month.

“The data is getting more and more accurate. The calculation is complicated by the high intensity of the combat,” the official update noted.

The Ukrainian military’s announcement comes just hours after Putin made one of the few public appearances since the invasion began, praising the “special operation.”

He spoke at a massive flag rally in Moscow, attended by thousands of Russians who packed into the capital’s Luzhniki World Cup stadium.

At the event, which marked the eighth anniversary of Russia’s annexation of the Crimean peninsula, well-known singer Oleg Gazmanov sang “Made in the USSR”, which has the opening lines “Ukraine and Crimea, Belarus and Moldova, it is my whole country.”

The Russian president sought to project confidence despite a faltering military campaign, saying: “We know what we must do now and how we must do it, and we will implement all our plans.”

The event came as the latest UN tally indicated that at least 816 civilians have been killed and 1,333 wounded in Ukraine since the conflict began.

Reacting to the rally in a late-night video message on Friday, Ukrainian President Volodymyr Zelensky said the 200,000 people gathered in and around the Moscow stadium were roughly the same number of Russian troops sent to Ukraine a few years ago. three weeks.

In the video, shot outside kyiv, Zelensky asked his audience to imagine the stadium filled with the thousands of Russians who have been killed, wounded or maimed in the fighting.

And he called his Russian counterpart to hold talks with him directly.

“It is time to meet, time to talk. I want to be heard by everyone, especially in Moscow,” the Ukrainian president said.

The Independent has a proud history of campaigning for the rights of the most vulnerable, and we first launched our Refugees Welcome campaign during the war in Syria in 2015.

Now, as we renew our campaign and launch this petition in the wake of the unfolding Ukrainian crisis, we call on the government to go further and faster to ensure aid is delivered.