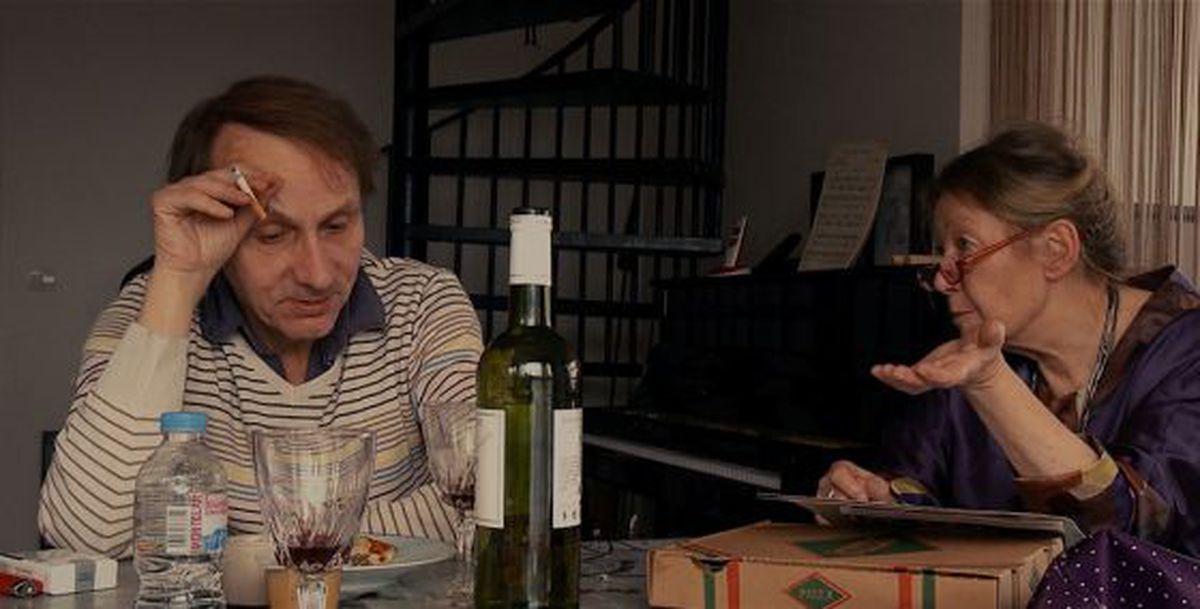 Michel Houellebecq writes extreme novels. It’s not ‘the new Balzac’, nor does it match the depth of the themes it deals with, including the last Philip Roth, loneliness at the end of life, old age and death. Apart from his media character and his multiple awards, his success is due to the lines with which he paints our individualized society, incredulous and without solid institutions that provide certainty. Also because it treats diseases such as depression (i.e. in Expansion of the battlefield —1994— and serotonin —2015—) without concessions, as in disappointment yoga by Emmanuel Carrere.

Our culture has two faces. The first, dominant one, is the positive culture, which reiterates the need to be happy and stars a self-sufficient individual who believes that if they approach life with an optimistic “attitude” and a non-catastrophic one, they will meet anything and encountered an unproblematic way of thinking. Focused on building his strength, he lacks empathy for other people’s problems, especially vital ones: loneliness, illness, and death. Years ago, Adam Hochschild warned about the outsourcing of intimacy and the existence of businesses that visit elderly people in dormitories, attend funerals and even charge fees for offering a “friendship for so long,” depending on the topic being discussed. They are paid friends in a society of loners – except in the United States, which idolizes family – community is being replaced by the market.

The other face of our culture, the minority, recognizes the problems mentioned above as inevitable. Contemporary cinema proves this with the description of the clear finitude of torment and death in loveby Michael Hanke. Away from their radical nature, films are spreading that show Alzheimer’s, Parkinson’s or cancer, albeit softened by family or marital support and the message “life goes on”. It is the new realism of extremes replacing the social realism of decades ago, populated by immigrants, the unemployed and other group identities. In literature, Houellebecq’s work belongs to this realism.

In recent years, the author has enjoyed great success and got married. Maybe that’s why the protagonist of destruction have a partner, even if he is stagnant due to monotony and lack of sexuality. The most remarkable thing about the novel is not the traces of French political life or the attack on a migrant boat, props what matters, sickness and death. Family and marriage, “residual poles” of the institutions that give life meaning and security, were missing in his previous work, which dealt with company executives alone and without sex or family life. The novel begins with his father’s stroke bringing the family together. The brother’s marriage is unhappy, a sign of the pending strategy (Zygmunt Bauman) and lack of moral obligations, and ends in suicide, a sign of the desperation to which indifference leads.

The stroke in the novel ties in with highly topical reflections on the social exclusion and devaluation of older people. Our individualized and presentist culture no longer recognizes the path of life, career, work: “Everything we have achieved, our achievements, our works, nothing has the least value in the eyes of the world.” Therefore, what has been lived has no meaning. This is total nihilism, for nothing accomplished carries weight in a society that values ​​a baby or young person more, beings without fulfillment or mere promises, than an elderly person. It is the corrosion of character (Richard Sennett) typical of solid modernism and the rise of identity, flexible and endless, typical of fluid modernity. With the old, the visibility of sickness and torment, death rituals, grief, pain also falls.

After many pages destruction goes back and becomes passionate about death. Before his magnificent The map and the territory (2010) the assisted suicide is replaced by its acceptance. Through marriage and love, which is now more important than sex. This is resumed only through empathy, it is not a vital engine as in his earlier work nor a system of distinction separating those who have sex lives from those who do not, new plague victims. The valued social good is the company. Confluent love gives way to solid modernity made of time and commitment.

Houellebecq likes it because he writes very tough but easy-to-read books, does cultural winks and confronts a decadent West without palliatives. There is a bitter hope in this book that lies in the couple’s unconditional support. The rest is hostile, brutal, and short. An empty society, interaction without a future, decadent institutions. Houellebecq now offers a stoic nihilism. The portrait of a culture that leaves us alone.

Helena Bejar She is a professor of sociology and the author of Happiness: Modern Redemption.

- Advertisement -
Share
Facebook
Twitter
Pinterest
WhatsApp
Previous articleMarvel: Is Natalie Portman doing more MCU films after Thor 4? Your son wants it!
Next articleBendodo warns at the table that “the blackmailer is never satisfied” and that it would be a “mistake” to give the government more