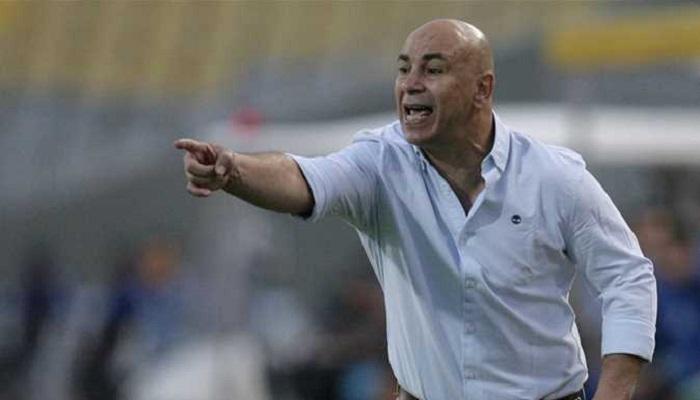 After 12 matchdays without a win, Al-Ismaili lifted their curse on matchday 13 of the Egyptian League, getting their first win at the expense of Al-Ittihad Alexandria, 2-1.

Alexandria’s Al-Ittihad lost at home to Ismaily, to miss their fourth consecutive game in the competition, since beating Al-Masry Al-Portsaidi 1-0 on matchday eight.

While Al-Ittihad’s suffering continued, Al-Ismaili broke the jinx that he had been demanding in recent weeks, against the Alexandrian team led by Hossam Hassan, the Egyptian football legend, who faces much criticism for the results. of the gap leader in the recent period, causing him to threaten to lose his position.

Al-Ittihad of Alexandria ranks ninth in the Egyptian league with 14 points after 13 games, which led the club’s board headed by Mohamed Moselhi to think about dismissing the coach, according to Egyptian media reports, despite claims by the latter that it is difficult to change coaches in the middle of the season.

Hossam Hassan’s name has been associated with the formation of Ismaili in the recent period, with statements by Yahya El-Koumi, leader of the Dervish community, confirming that his club may seek to hire the former Egyptian national team captain. team to lead the team technically.

These statements caused a crisis between Al-Ismaili and the Alexandria Federation, as Muhammad Moselhi blamed his counterpart, Yahya Al-Koumi, for talking about his negotiations with Hossam Hassan, stressing that he was concerned about these statements that could destabilize the team. of Alexandria.

The president of the Federation confirmed that he stands in solidarity with the Ismaili club, which is going through a major crisis, threatening to relegate the team to second grade, but does not accept his boss’s negotiations with Hossam Hassan in the middle of the season.

Al-Ismaili had recently announced his contract with coach Hamad Ibrahim after parting ways with Argentinian coach Juan Brown, and managed the team in 4 games, losing in one of them and drawing in two games, before getting the first victory at Al’s expense. -Ismaili. -Ittihad.

After the end of Alexandria’s match with Ismaili, Hossam Hassan entered a new crisis, as the Egyptian daily “Al-Watan” confirmed that he clashed with Baher Al-Muhammadi, the leader of the dervishes, after the match ended. with defeat. of the leader of the gap led by “Brigadier” 1-2.

According to the newspaper, Hossam Hassan clashed with Baher Al-Muhammadi while the latter was celebrating his team’s victory on the way to the locker room, where he got into a fight with him, and things would have had unimaginable consequences had he not. been due to the intervention of the players and officials of the two teams.

Notably, reports confirmed before the match between Alexandria’s Al-Ittihad and Ismaili that the meeting may be Hossam Hassan’s last with the Al-Thaghr leader, and that he may leave his post due to the team’s poor performance. during the recent period.

- Advertisement -
Share
Facebook
Twitter
Pinterest
WhatsApp
Previous articleWhat is the relationship of changing the US interest rate to the dollar exchange rate?
Next articleThe Senate expects 80 soldiers to host refugees in Tegel from Thursday